Jere Gilles and his future wife, Carol, in Chad circa 1971.… Expand ▸ 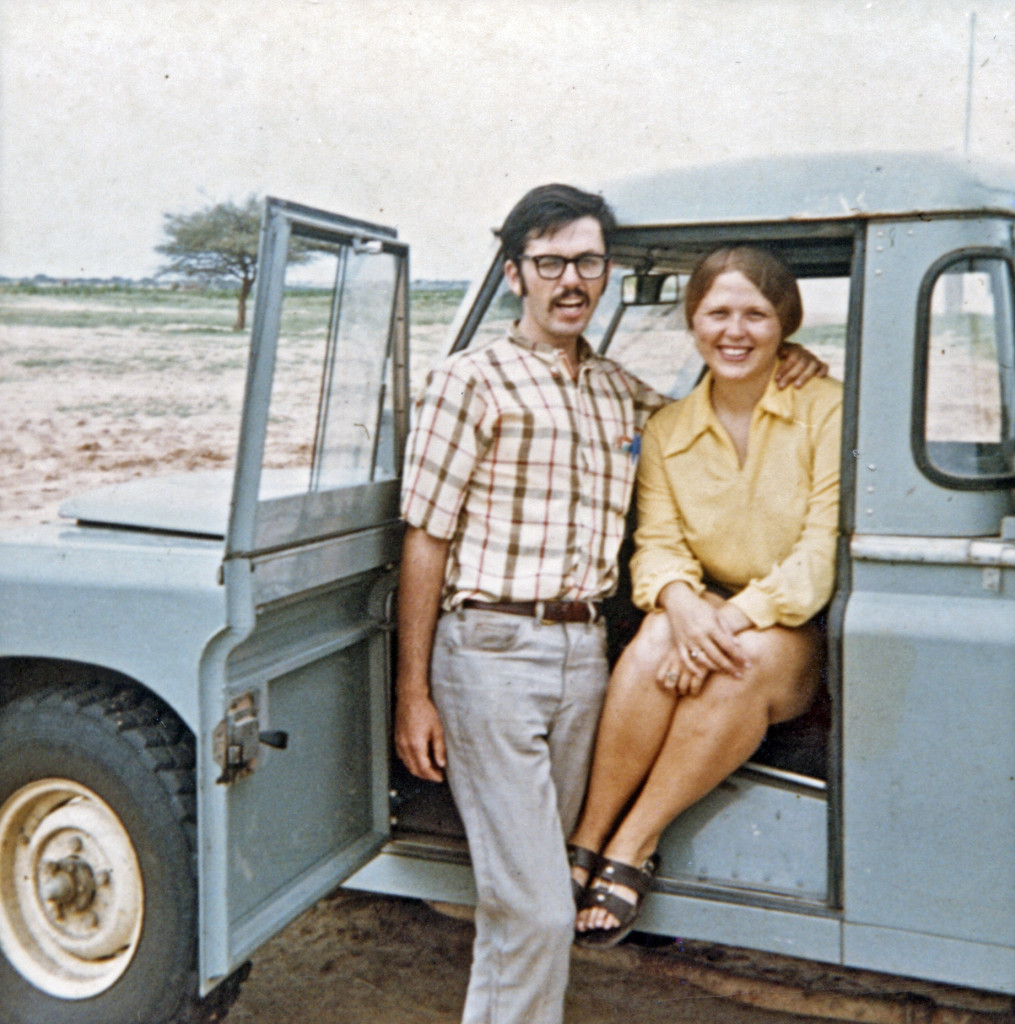 Jere Gilles knew he wanted to serve in the Peace Corps before it even existed. “When I was in sixth grade I sort of thought JFK (President John F. Kennedy) stole the idea from me,” said Gilles, an associate professor of rural sociology in CAFNR’s Division of Applied Social Sciences.

Gilles’ grandparents were homesteaders in Montana and he grew up with a pioneering spirit. He also developed an interest in other cultures and countries by reading his grandmother’s geography books.

“It was never whether I’d do something related to international development, but how and what,” he said. It was an idea that was solidified by the time he was just 13.

Gilles was fascinated with Morocco and as an undergraduate he studied abroad in France for a year to improve his chances of going there. “Unbeknownst to me my profile fit what they (Peace Corps) wanted in Chad perfectly,” he said. More than 200,000 Peace Corps Volunteers have served in 139 countries since 1961. They’re sent to the countries where their skills and knowledge best match the jobs requested by the host country.

“I knew it was in the middle of Africa but that’s all I knew about Chad. I grew up on a ranch, was a firefighter and I spoke French,” Gilles said about why in 1970 he was selected to evaluate a large-scale agricultural irrigation project in a land-locked, arid country with few roads. 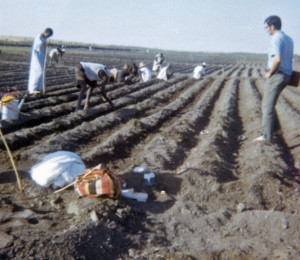 Gilles supervising an irrigation on a government vegetable farm in Chad.

“I had the stereotypical 1960s Peace Corps experience. It was physically challenging – you’re in the grass hut in 130 degree weather with no electricity or running water, the closest road is five kilometers away and only three or four cars come by each day. The landscape is composed of heavy sand dunes, so almost all transportation was by camel or horseback,” Gilles recalled. “I hated camels.”

Gilles was tasked with investigating an irrigation project using low-lift, camel-powered pumps near Lake Chad’s polders, or low-lying tracts of land. He also managed experimental farms, which he guarded from marauding animals with a .22 rifle. Several similar irrigation projects in the polders had been tried and failed, but development agencies, including U.S. Agency for International Development (USAID) and the World Bank, wanted to invest in the project—if it could work.

Due to its geographic location, 800 miles from the sea in every direction, desert climate and geopolitical events, large-scale agricultural production is challenging in Chad. A can of peas cost $2 there in 1970 because most everything has to be imported, Gilles said.

His success came in proving the project was a failure. His team proved the pilot development project using the technology available wouldn’t work—saving millions of dollars agencies were ready to invest.

Being isolated in the countryside was difficult at times, but Gilles didn’t realize just how difficult until he came home.

His served during the second year of the great Sahelian drought and famine. “We didn’t really know it at the time,” Gilles recalled. “We just did our jobs and only after we came home did we realize we were in a cholera epidemic. I let people die; I saved people’s lives. I was the only person within 50 kilometers who even had aspirin. You felt like you’re facing 300-foot waves and you have an umbrella. Surviving took a lot of your energy, but it defined who I am professionally.”

After compiling enough research on Lake Chad project, Gilles transferred to Bol, a provincial capital with a population of 5,000. There he supervised irrigation on a government farm and adjudicated conflicts between French project managers and locals because he knew the local language well and understood the differences among various groups within Chad.

That knowledge and ability to connect across multiple cultures in a foreign land would launch his career.

“I was taking a siesta one day and all these Land Rovers came over the dunes and people in black suits and white ties pulled out their chairs and sat at my feet and asked me questions about what the project was about,” Gilles recalled. “They were consultants from the World Bank, and I was introduced as a rural sociologist. I thought damn this is fun; I think I’ll be a rural sociologist.”

Shortly after that seminal meeting, Gilles got sick and applied to graduate school while he recovered. He went to Cornell and earned his PhD in rural sociology.

Since his days as a Peace Corps Volunteer in Chad, Gilles has labored to give voice to rural people in the process of rural development. “Lots of decisions are made in large cities miles away; often they don’t have a voice or the information to influence policy if they do have political clout, and most often they don’t,” he said.

Community development work is slow and tedious and requires more than just talking to the farmers. “You have to spend time on the ground,” Gilles continued.

“If you’re going to fight food insecurity in the world, how do you create something where the people who make the decisions and develop the technology know something about the needs, the desires and barriers the food insecure face?” he said. “The poor often have no way to articulate their needs in a way scientists and policy makers would understand; that’s the job of rural sociologists—to bridge that gap.” 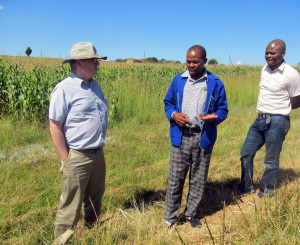 Jere Gilles talks to an emerging farmer in South Africa with Sandile Zulu, his counterpart with the Kwanalu farmers association.

Gilles has worked on desertification in Morocco, Kenya, Indonesia, and in the Andes Mountains in several South American countries. For the last 20 years he and Corrine Valdivia, associate professor of agriculture and applied economics, have helped herders and farmers in the Andes region adapt to climate change and weather-related shocks as part of a National Oceanic and Atmospheric Administration (NOAA) project.

“My influence is overseas—that’s the mark of Peace Corps.”

Gilles enjoys imparting lessons about his myriad experiences overseas to his undergraduate and graduate students. He teaches a course for students who want to study or work abroad or those who have been abroad and are seeking to unpack their experiences. “I did everything the hard way in my experiences with other cultures, so I figured I had something to contribute in that area,” Gilles said. His daughter, Liz, was inspired to serve as well. She was a Peace Corps Volunteer in Panama from 2005-08.

Gilles’ overseas adventures are far from over. Shortly after the spring semester concluded, he was off to Costa Rica and Panama to coordinate MU’s Global Scholars Program. In July he traveled to Bolivia and Ecuador for climate change research and Community of Practice meetings, respectively. In September, Gilles traveled to South Africa, where he and several CAFNR faculty members are working on a project to improve food security.

“What I’ve learned (in Peace Corps) has come in handy,” Gilles said. “I deal with people the same no matter how poor or rich they are. I’m very natural in difficult situations or among other cultures. I made a good life in Chad and it was difficult there—if I keep that in mind nothing fazes me.”