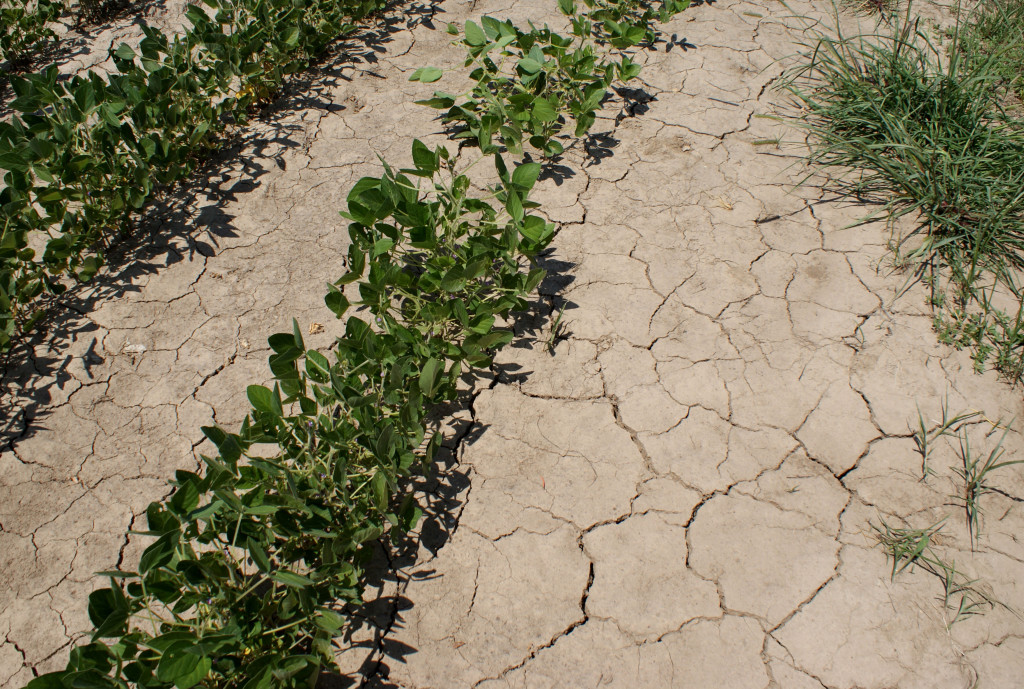 The drought and its effects on agriculture have been at the forefront of public discussion this season. In July, Secretary of Agriculture Tom Vilsack declared all of Missouri’s 114 counties primary natural disaster areas. Some parts of the state have experienced the hottest temperatures and driest conditions in the last 118 years. While temperatures have cooled and parts of the state have received rainfall recently, Gov. Jay Nixon extended the state of emergency in Missouri through Nov. 15, 2012.

Across the College, our faculty and staff have fielded thousands of calls and emails, organized workshops to educate the general public and help producers adapt and plan for the future, and spoke frequently with local, state and national media outlets, including all three national TV networks, and scores of radio, print and web outlets. Their efforts help connect people to their food, improve public understanding of this year’s drought and related issues and directly benefit Missouri farmers. 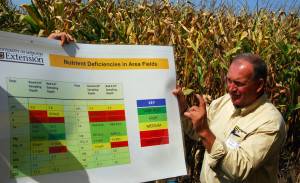 Important programs recognized were ongoing research projects, such as improved irrigation research at Fisher Delta Research Center, public outreach, such as professors Bob Sharp, Felix Fritschi and the Interdisciplinary Plant Group’s presentation, “Getting to the root of drought,” at the Missouri State Fair, or teaching practical techniques to producers to get their herds through the winter and prepare their soil for next season at Field Day events throughout the state.

Occasionally, the questions tried their patience, such as a reporter from a national publication that asked Professor Randy Miles why we weren’t working on an alternative to water. “I tried to calmly state that water was a universal input for biotic life,” Miles said.

Pat Westhoff, director of FAPRI and professor of agricultural and applied economics, who was quoted in national outlets such as the New York Times and Wall Street Journal and regional publications such as the Quincy Herald Whig and Delta Farm Press, said the most common question he heard:  “What will the drought mean for food prices?” “For the farm press, questions have revolved around impacts on commodity markets, producer income and the like. A number of callers have been interested in effects of the drought on the farm bill debate and other legislation,” Westhoff added.

Here’s just a few of the many stories CAFNR’s faculty and staff contributed to this season:

“High and dry: Mizzou takes on the drought”