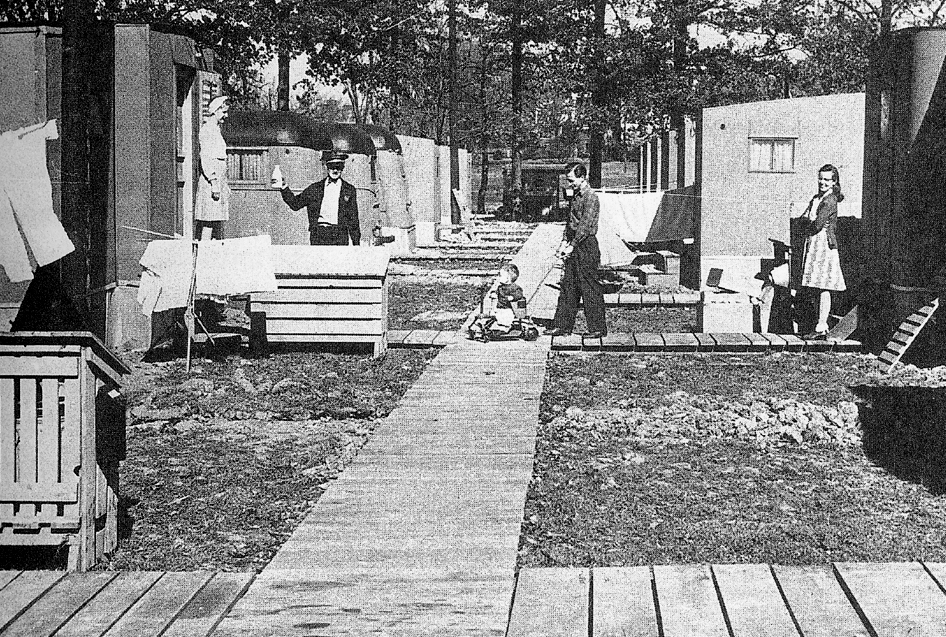 The fall semester of 2012 is the largest in University of Missouri history with an increase of more than 900 students.  As difficult as it is to accommodate so many new freshmen, the problem is tame compared to October 1946 when 10,585 students poured onto the MU campus – a jump from just 2,800 enrolled students in September 1945. 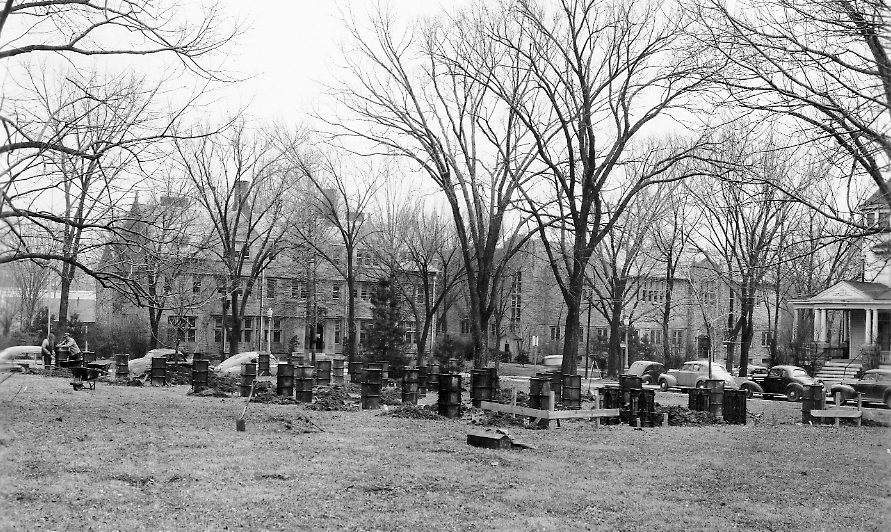 In just one year, the freshman class of just one college equaled the University’s largest prewar student body. More than 70 percent of the new faces were World War II veterans coming to school on the G.I. Bill of Rights enacted in 1944.  MU was not alone.  The problem affected all of U.S. higher education and was called the Housing Crisis.

To meet this influx of students, Mizzou got anything that could immediately serve as a dormitory or classroom – surplus barracks, pre-fab houses, Quonset huts and government-owned trailers. 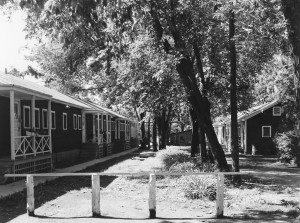 In phase one of project, begun in January 1946 with a budget of $3.5 million, MU’s contractors disassembled 66 war surplus wooden barracks from military bases, like Fort Leonard Wood, and reconstructed them on vacant land such as where CAFNR’s Agriculture Building now sits.

Other barracks came from as far away as Sturgeon Bay, Wis., where they housed wartime shipyard workers. The Army’s Cornhuster Ordnance Plant in Grand Island donated a pair of three-story H-shaped barracks. These two, named TD-3 and TD-4, would be the most long-lived of MU’s “temporary” buildings.  Eventually, 300 trailers, 68 temporary dormitories and numerous Quonset huts were built.

The barracks were erected immediately after unloading – no time was lost stacking them on the ground.  The students would call their instant sub-divisions G.I. City, Fort MU and Pneumonia Gulch.

Because new faculty were needed to teach the swarm of students, temporary faculty housing sprouted on the College of Agriculture’s experimental fields where the Sears Plant Growth Facility is now located.  The 90 units were pre-assembled houses that had two bedrooms, a living room, a bath and a full basement. 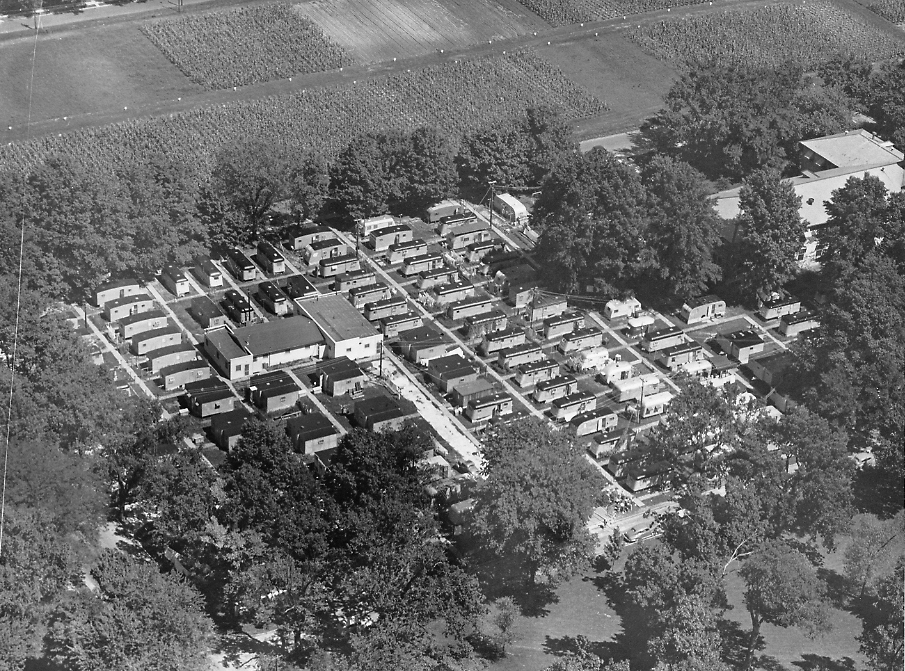 One of two trailer towns was earmarked for College of Agriculture students and was nicknamed Dairylawn.  It was comprised of 93 government-owned and 35 privately-owned trailers on what is College Blvd. today.  Dairylawn was built on experimental fields, too.  That land never returned to crops. 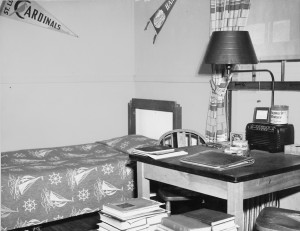 The fast buildup brought all kinds of challenges.  To accommodate enough “drop” for a gravity sewage system, MU engineers had to blast through bedrock.  According to the January 1947 issue of Missouri Alumnus magazine, two dynamite experts were brought in to ensure no flying rocks landed on the nearby trailers.

Almost all of campus was impacted by the housing effort.  Quonset huts and trailers were set up by MU’s Noyes Hospital and Jesse Hall, southwest of Stankowski Field and as far south as the football stadium.

It wasn’t just housing that was needed.  An additional 66,000-sq.-ft. of classroom space had to be built, also.  For a while, students lived in barracks and studied in barracks.

War surplus barracks were easy to get, but everything else was hard.  A shortage of electrical transformers meant students studied by candlelight for a while.

Veterans Turn Up the Heat in Jesse Hall 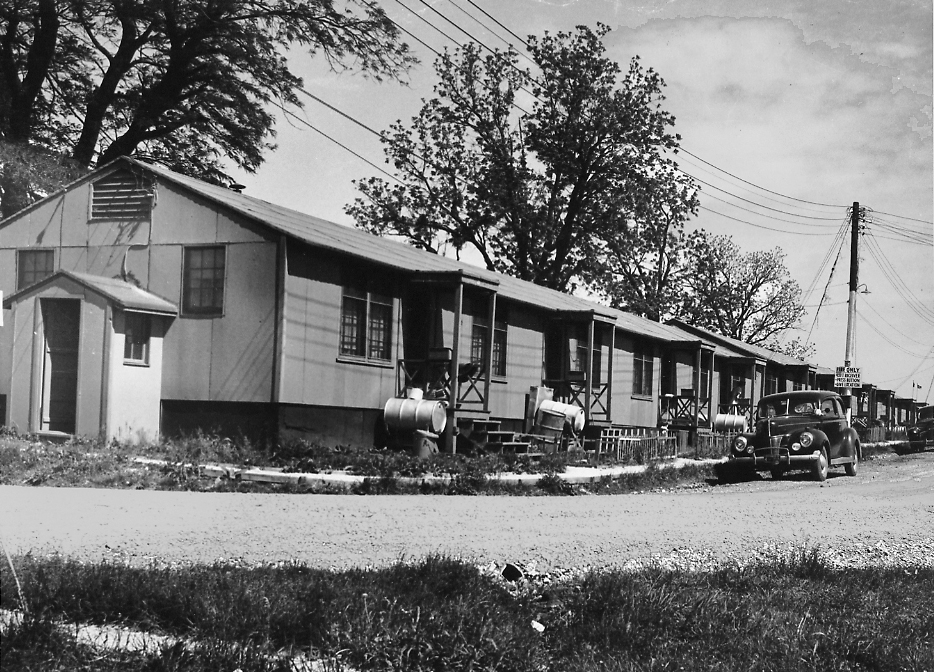 Kitchen sinks were a commodity in short supply, too, as were coal and oil stoves.  A January 1947 United Press dispatch with a Columbia dateline told of a tense meeting between 100 cold veterans and Leslie Cowan, MU’s vice president.  Cowan assured the group that 57 surplus oil stoves were being shipped immediately from Fort Wood.  The former G.I.s had marched into Jesse Hall “because it was warm there” and refused to leave until the chill in their dorms had been dealt with.  The veterans brought an effigy of A.C. Stotler, MU’s housing director, and threatened to hang it in protest.  An MU press release of the day called the meeting amicable.

An emergency cafeteria was set up in Crowder Hall, then the University garage, that could feed 2,000 students at one meal. Often, the chow line was more than a block long. 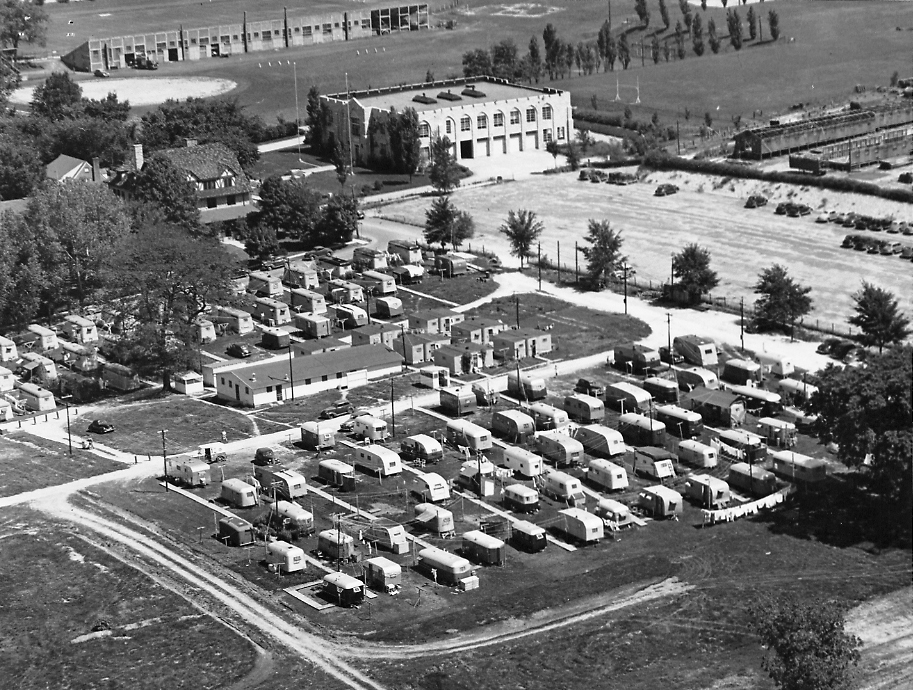 Crowder doubled as an evening study hall for 2,016 students, according to a 1950 Missouri Alumnus magazine story.  As most of the trailers didn’t have running water, Crowder and other campus buildings served as bathrooms until a shower house could be built in Fairway Village trailer court where the Laws Residence Hall now stands.

Not only did the facilities change, so did the culture.  Combat veterans who had fought the Japanese at Iwo Jima were not about to let preppy upperclassmen force them to wear beanie hats or be paddled in a hazing ceremony.  Curfew rules and restrictions against hot plates and fraternization were simply ignored.  Many of the veterans had brought wives and kids with them to live on campus.  An old Mizzou tradition died when the vets insisted that married women be considered for Campus Queen.  Mrs. Madill Gartiser was named the queen of the 1948 Savitar.  To save a few bucks, veterans continued to wear their boots and khaki uniforms, sans insignia. 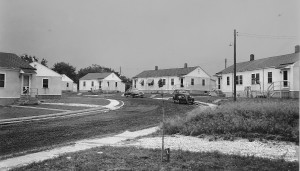 Among the more luxurious temporary housing were the houses of University Court – built where the MU Student Recreation Center now sits.

The ex-G.I.s hated the military-like cafeteria food at Crowder, so the single guys hung out at hotspots like Gaebler’s Café on Conley Street.  The Shack, with its 11 cent glass of beer, was another popular dive.  To accommodate the crush of customers, The Shack modified its food service to be as quick and easy as possible.  One fast food item was a hunk of Braunschweiger on a slice of whole wheat bread served on a piece of waxed paper that doubled as a napkin.

As proper dorms and off-campus housing were built, bulldozers began to erase the ersatz Army life at MU. The last trailer was towed from Dairylawn in 1952.

The contract with the government stipulated that the temporary buildings had to be torn down as the housing crisis eased.  Temporary is a relative word at MU, and many buildings were used for 36 years.  In the cases of the barracks on A through K streets, the structures were knocked down only to make room to build the new School of Medicine and School of Nursing. 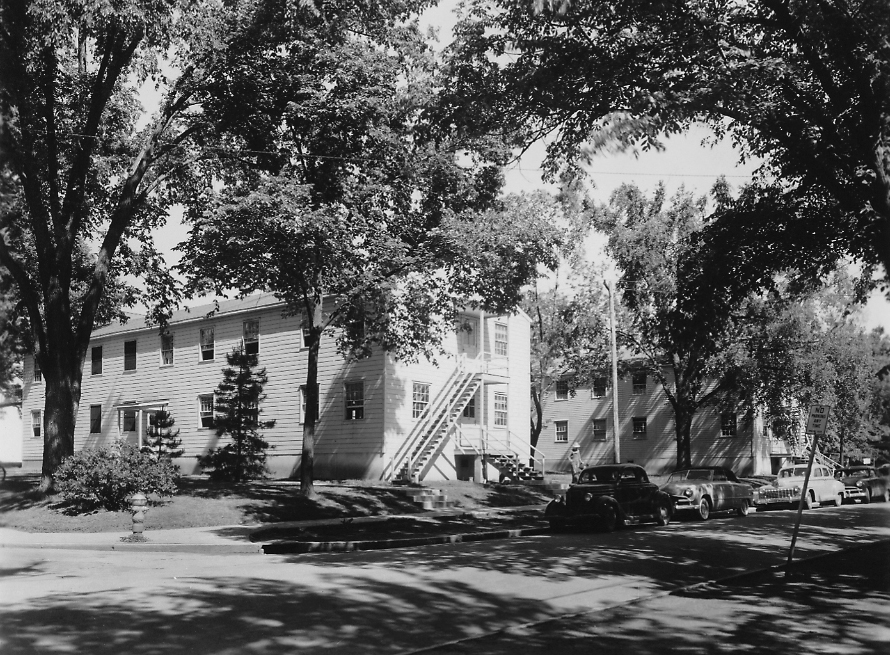 Temporary Dormitory 4 (TD-4) was the last temporary building on campus to be torn down.

The last two wartime structures on campus, Nebraska’s TD-4 and TD-5, came down in 1983 to make way for an expansion of the University Hospital and Clinics.

The legacy of the Housing Crisis is not entirely gone. Old Quonset huts can still be found off campus on College Blvd. and Worley Street.