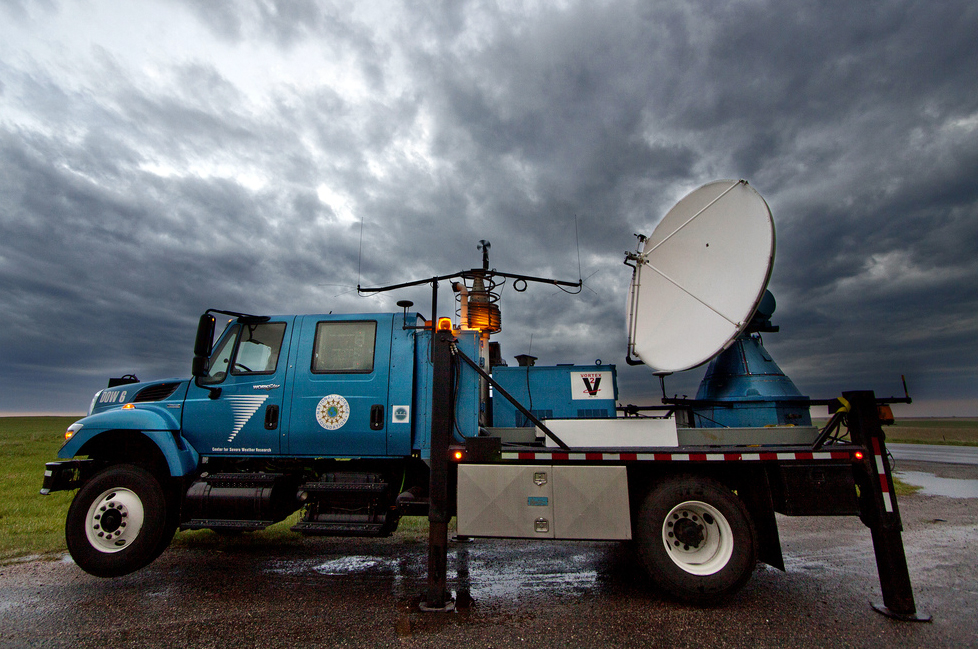 An interdisciplinary team of University of Missouri students is using one of the most advanced mobile radars to better learn how rainfall impacts an ecologically fragile area in middle Missouri.

Students majoring in atmospheric science, geography, biological engineering and forestry are using data from a Doppler on Wheels (DOW), one of three radar trucks maintained by the Center for Severe Weather Research (CSWR), Boulder, Colo.  The DOW is a tornado-chasing research vehicle made famous in television documentaries.  It was driven to the School of Natural Resources during its off season to give the students an opportunity to conduct hands-on research using the latest in weather technology. 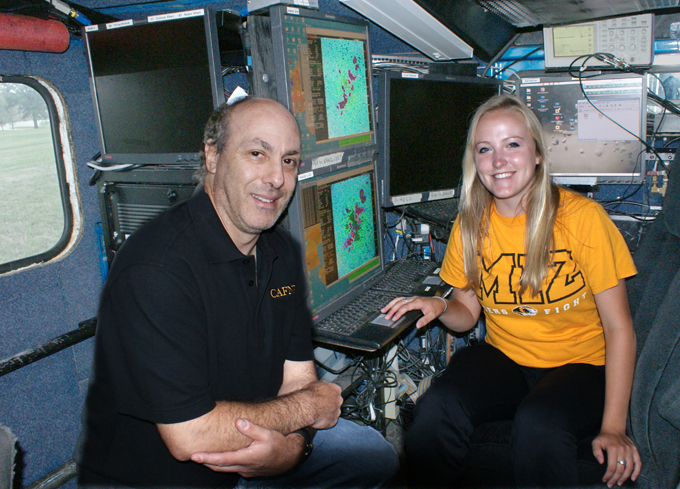 The Mizzou students are using the DOW’s abilities to precisely measure the amount and location of rainfall as it falls to earth.  As a mobile radar, the DOW can drive close to rain shafts, giving a more unobstructed view than stationary weather radars.  The DOW also has advanced features that allow researchers to precisely look vertically into a storm, not just horizontally as conventional radars.

The Mizzou team is studying the impact of rainfall on the Hinkson Creek watershed in central Missouri.  Their goal is to precisely measure the amount of rain hitting the creek and its surrounds, and then gauge how much sediment has been dislodged by that rain.  The students will use ongoing research data being gathered by Jason Hubbart, assistant professor of Forest Hydrology and Water Quality.  Hubbart is working with a team of MU scientists, along with experts from state and federal government, to develop a comprehensive monitoring project for the entire watershed of the beleaguered urban stream. His goal is to understand the full range of physical processes affecting the health of that stream, and how these impact the extended biological communities those streams support. 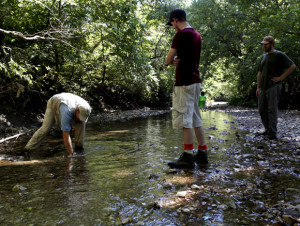 Nicole Hoban, an atmospheric science junior from St. Louis, is one of the students working on the rainfall project.  The DOW provides more detail than fixed radar sites in Kansas City and St. Louis, she said.  The data is also live, and she can direct the DOW’s radar to individual rain shafts that could fall on important areas – something conventional radars can’t do.  The DOW’s radar is unique in that it can scan vertically and detect very small raindrops in the air, allowing the student researchers the ability to gather even more raw data.

As Seen on TV

CSWR’s trucks chase super cell thunderstorms in Tornado Alley during the storm season with the intention of getting close and detailed radar data on the formation, life and death of tornadoes.  DOWs have observed 141 tornadoes at close range.  A DOW scanned the most intense tornadic winds ever recorded in North America at Bridge Creek, Okla. on May 3, 1999. 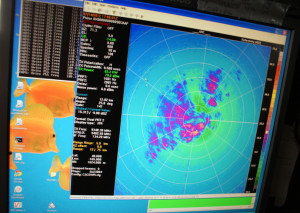 The DOW has been made famous by the Discovery Channel’s reality television series Storm Chasers, National Geographic Channel’s television specials Tornado Intercept and The True Face of Hurricanes, and PBS’s Nova episode The Hunt For the Supertwister, and others.

The mobile DOWs are important in weather research because it is difficult to precisely measure wind movements in violent meteorological phenomena with traditional stationary meteorological radars, said Neil Fox, director of undergraduate studies in MU’s Department of Soil, Environmental and Atmospheric Sciences and who is overseeing the Mizzou students’ research project.

Fox said the DOW is a great tool for students to implement what they learn in the classroom, and get a real-world look at research in the field.  He points out the DOW’s advanced features will eventually be incorporated into National Weather Service radars – giving Mizzou students an early and advanced look at the technology and its capabilities. 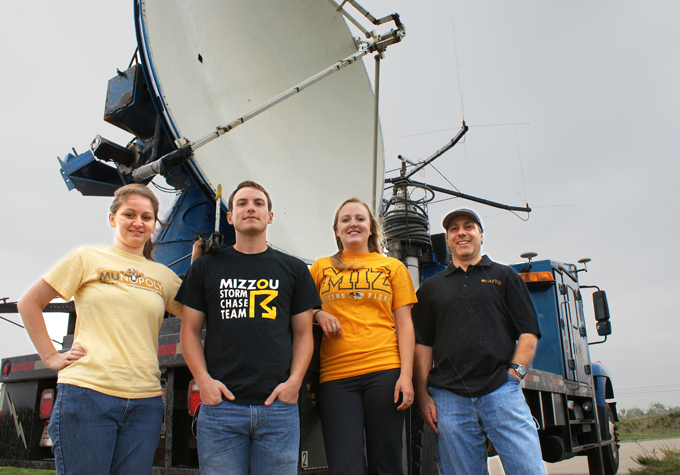