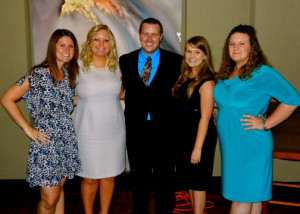 “When I entered the MU science and agricultural journalism program as a freshman, my advisor, Professor Sharon Wood-Turley, encouraged me to join Agricultural Communicators of Tomorrow,” Brammer said. “After I attended my first meeting I was hooked. I loved the atmosphere, members and purpose of the organization.”

Brammer’s passion and interest in the organization grew after attending the ACT Professional Development Conference at Texas Tech University in Lubbock, Texas, along with other members.

”Our past national officer, Kari Weis, and Professor Sharon Wood-Turley really inspired me to pursue a national ACT office,” she said. “Sarah Woodhurst and Jessica England were also great supporters who helped me form the goal of becoming a national officer. I just never realized I would be so lucky to be a part of the national officer team as a sophomore.” 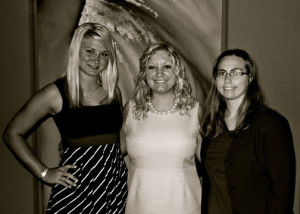 Agricultural Communicators of Tomorrow aspires to further the career interests of its members through professional growth opportunities, educational programs and the development of relationships among agricultural communication professionals and college students and faculty.

This past summer Brammer attended the National Ag Media Summit in Albuquerque, where she was elected to serve the ACT membership as National First Vice President. The election process required her to give a speech before all of the ACT chapters, who each cast one vote for each officer position.

“There were several outstanding candidates who applied for national office this year and I am fortunate to be one of the five ACT members on the 2012-2013 national officer team,” Brammer said. “I am very excited to begin my duties as National First Vice President. In this leadership role I will coordinate the ACT Critique Contest, support my fellow officers and represent our membership throughout the year.” 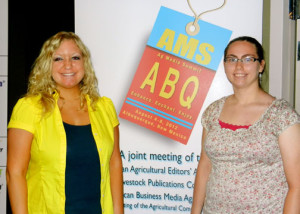 Brammer will meet more ACT members at the Professional Development Conference at the University of Arkansas in Fayetteville, Ark., this year. She also hopes to travel to New York to the Ag Media Summit over the summer.