Farmers in America are getting older, and younger Americans aren’t filling their work boots. 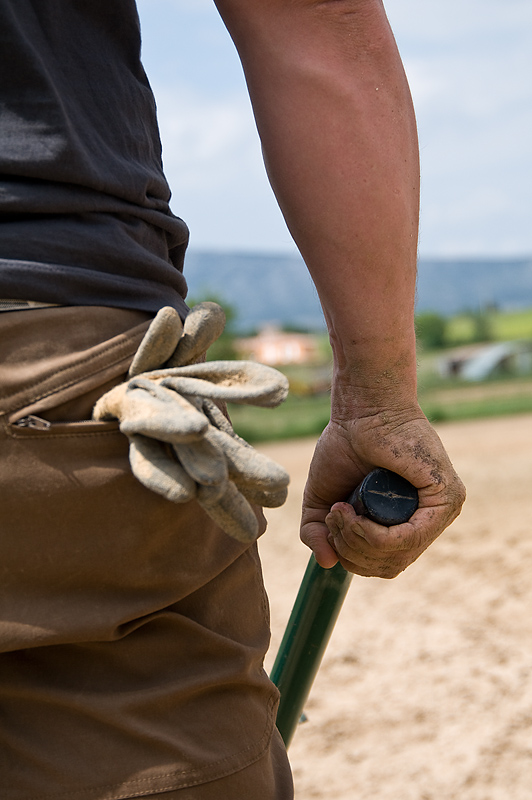 USDA statistics show that more than a third of U.S farmers are 65 years old or older. Half of current farmers expect to retire in the next decade. Nationwide, only five percent of principal farm operators are under the age of 35.

Part of the problem is that many young people aren’t interested in this career. The traditional farming lifestyle, perceived as rural and isolated, holds little attraction for them.  But those who do seek a farming career face huge obstacles.  It’s tough to move into an established operation – even within a family.  High start up costs and a lack of land can make starting a new farm an almost insurmountable chore.

Kevin Moore, CAFNR associate professor of agricultural economics in the Division of Applied Social Sciences, teaches Returning to the Farm, a class that prepares young people to overcome the family and financial hurdles of getting into farming. His class has been offered for almost two decades and has 150 graduates.  About three-quarters of them have gone into farming.

It’s Hard to Get Started – Inheritance

The traditional way of acquiring a farm, inheritance, has changed – disrupting what was once a natural generational transition, Moore said.  Until recently, farmers were worn out by hard work by age 65 – about the time a son or daughter was experienced enough to take over management of the family spread.

Improvements in health care and mechanization have allowed farmers to stay in the tractor seat well into their seventies and beyond.  Kids can be in their forties or fifties when mom and dad think about turning over ownership. 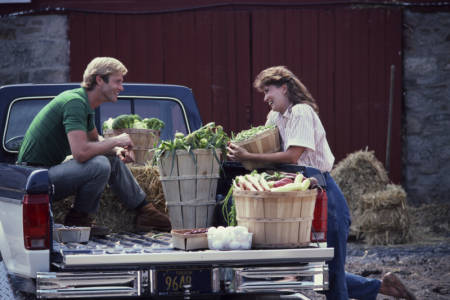 This means that young people can face decades as little more than farm hands, Moore explained.  As there is generally not enough income to support a young family in addition to the established family, young people find jobs in the city.  When the time does come for succession, they are established in this life.

And many farmers put off making a definitive succession plan that a young person can use to make their career preparations.  According to a survey by Kansas State University sociologist, László Kulcsár, only 57 percent of farmers have a successor identified.

“Farmers have a different notion of retirement,” Kulcsár said. “Many don’t have hobbies or a substitute for farming. It’s a slow transition. Many go from all-out to just half time. That can be good for a successor. On the other hand, some farmers can’t let go.”

In addition, it is not uncommon for a farm inheritance to be split among multiple siblings, the USDA reported. This increases the likelihood that each heir will receive just a share of farm assets – a piece that alone can’t support a young family in farming.

It’s Hard to Get Started – Money and Land 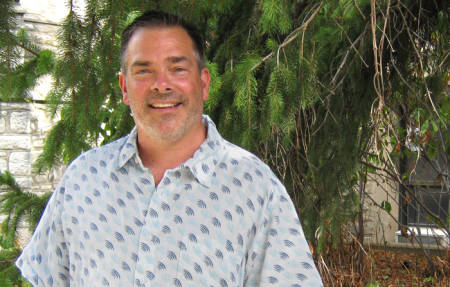 If it’s hard to take over the family business, it is even harder to start from scratch, Moore pointed out.

The average young farmer in 2007, the last year data is available, operated a farm that was less than half the size of an established farmer’s – 174 acres compared to 461 acres.  A challenge for young farmers is to acquire a large enough operation to operate at an efficient scale of production, and thus make an income sufficient to support a household. 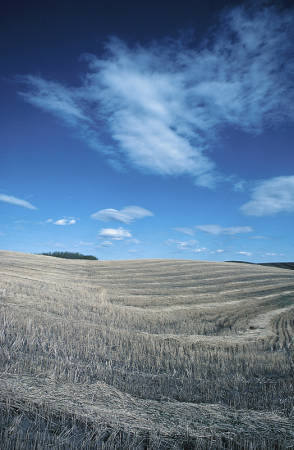 Young people often have the financial burdens of paying off college debts and starting a family, Moore said. Banks have tightened their lending standards to where it is almost impossible for a young person without collateral to get a loan.

And new farmers, like other small businesses, have to expect to lose money in the first few years.  A beginning farmer needs a big financial stash to make it from planting to profit.  It is not uncommon for a start up cost of nearly a million dollars just to sow the first seed.  Most beginning farms lost money farming in 2007, according to the Census of Agriculture.

The cost of land may be why most new farmers are involved in livestock rather than crop production (12 percent versus seven percent) in 2007, according to the USDA. Beginning farmers accounted for approximately 20 percent of U.S. poultry production – operations that don’t need a lot of land, also.

Lessons Learned From the Farm Crisis

Mizzou’s Returning to the Farm Class started in 1985 in the wake of the Farm Crisis.  In the seventies and early eighties, farm income and land prices skyrocketed.  Although interest rates then were high and going up, lenient lending practices and growing balance sheet equity encouraged farmers to financially overextend themselves, Moore said.  The bubble burst, and low crop and farmland prices led to farm bankruptcies, family breakups and suicides.  Ag students then at MU wondered if it was feasible – or advisable – to go back to the farm.  Lessons learned from that period are baked into the class.

Moore’s class is unique in that it mixes traditional classroom stuff with a student project to make a specific business plan.  This plan helps each student determine if she or he can make a go at farming, and, if so, how to create a workable financial, marketing, labor, management and tax plan.

This plan is bolstered by input from experts from across the MU community.  Ag economists give one-on-one input about succession plans, business organization and tax planning.  Economic forecasters discuss what the future might look like in terms of product values, input prices and sustainability issues. Business experts provide input on team building, and help students learn how to partner with their parents to operate the farm as a business as well as a family. 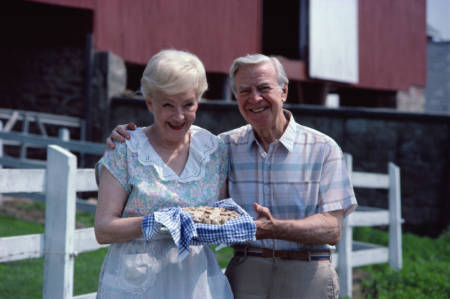 The average age of the main farm operator in 2007 was 57.1, almost two years older than the average from the previous census in 2002.

All In the Family

When family succession is part of the plan, Moore gets the parents of the students involved to open a discussion that often doesn’t happen at the family dinner table.

“Many farmers won’t let go, and continue to treat their sons and daughters as kids instead of potential business partners,” Moore explained.  “The structure of the class makes both sides ask serious questions that have to be answered for any transition to be successful.”

In many cases, the class is the first time that the students have seen the family farm’s financial records, details about how the business is operated and whether it’s making a loss or profit, Moore said.

“The class provides insight for the older generations as well as for the young people,” Moore said.  “Often, it is the first time that they’ve heard in detail their kids’ goals and what careers they will follow if a farm succession plan can’t be agreed to.”

The class can also be a catalyst forcing parents to look at their health and retirement plans, making concrete decisions on estate planning and succession that otherwise would be easily put off.  Many times, the class is a rare opportunity for a grandmother or mother to provide her input and wishes for retirement and how the farm’s ownership is transferred. 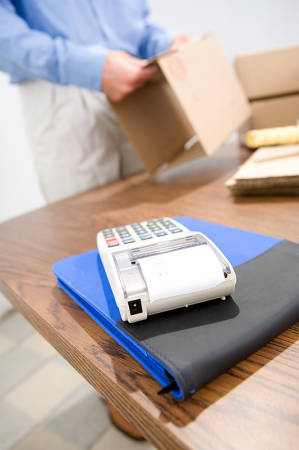 In the early days of the Returning to the Farm class, most students looked to transition into running the family farm.  Today, an increasing number are looking to start their own operations or partner with an unrelated individual.

While these students may have a deep understanding of plant and animal production and general farm operations, they seldom have they been exposed to the marketing and business skills needed start a corporation or form a partnership.

Moore provides the students various farm-centric business analysis programs that the students use to create different corporate and product scenarios to see what will be most economically viable over time.  Sometimes, the software program shows that a marginal operation will be wiped out by a market downturn or crop disease.  Other times, a poor choice in incorporation will result in a ruinous tax bill.

These simulations – which use projections of future market prices, labor costs and interest rates – allow the students to consider different strategies, refining the business plan and giving the students hard-won lessons in the safety of a classroom.

Often, the big hurdle of adequately financing a new or expanded operation creates the need for some out-of-the-box thinking.  Moore encourages students to consider creative ways to start a farm on a budget and then grow it.    He also teaches students to consider alternative means of acquiring assets necessary to farm, such as renting, leasing or sharing land and farm equipment. Students often explore incorporating niche sales opportunities, such as selling products to specialty restaurants or farmers’ markets, as a needed additional income stream.

Sometimes, in spite of a passion for farming and enormous planning and research, some students discover that their dream isn’t going to make it.

“That’s okay,” Moore said.  “We don’t measure success by how many kids go back to the farm, but whether they have made a good and informed decision that will result in them having successful lives.”