Be prepared to get your boots muddy.

That just might be the most important piece of advice aspiring journalists receive and it’s a literal and metaphorical creed that Bill Allen, assistant professor of science journalism in the College of Agriculture Food and Natural Resources’ (CAFNR) Science and Agricultural Journalism Program, tells each student who boards the bus for a three-day, immersion reporting adventure: the Sonja Hillgren/Farm Journal Science and Agricultural Journalism Field Reporting Institute, nicknamed the “FRI.”

This September, 16 intrepid student journalists, along with traveling faculty members from several disciplines and professional journalists will embark on a weekend voyage to northwest Missouri for the sixth annual FRI. They’ll ride on the Missouri River and hear about the myriad management issues of that resource, tour Graves-Chapple Research Center to learn about agricultural research projects, visit once-fertile farmland that is covered in sand from last year’s flood, interview farmers and ranchers dealing with this year’s drought, and hear perspectives from conservation biologists, research hydrologists, natural resource engineers and politicians. Each night, they’ll write and edit stories based on what they hear, see, touch and experience. Some of their work will appear on the “MUddy Boots News” blog and on the Farm Journal website. 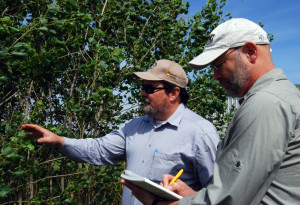 “It’s critically important that students understand how agriculture affects their lives,” said Jim Crawford, superintendent of the Graves-Chapple Research Center. “It’s not the stereotype they think of ‘Bob the farmer.’ Lots of technology and science are required and employed,” he added.

The institute is the cornerstone of the course “Field Reporting on the Food System and the Environment,” taught each fall by CAFNR’s Science and Agricultural Journalism Program in cooperation with the Missouri School of Journalism. The course examines the scientific, economic, political, environmental, social and ethical dimensions of the food system and the environment to help students gain the skills and confidence to complete independent field reporting projects. The trip is free to students due to support from Farm Journal to honor the memory of agricultural journalist and MU alumna Sonja Hillgren.

Before they embark on their journey, students get grounded in Missouri agriculture by visiting the third-oldest continuous research plot in the world—Sanborn Field on MU’s campus. Randy Miles, an associate professor of Soil Science, director of Sanborn Field and Duley-Miller Research Plots, and director of Missouri Wastewater Small Flow Research and Training Center, explains the history of Sanborn Field, how it reflects the history of agriculture in Missouri and describes what trends are currently unfolding in agricultural science. “It’s been a really good interaction and I look forward to it every year,” Miles said. “Bill (Allen) has a very open, consensus-building type personality and encourages the students to ask thoughtful questions.”

Benefits of “Being There”

Allen has spent his career reporting from the field. Whether he’s tracking monkeys through the Costa Rican jungle with wildlife biologists, flying over the Pacific coastline to observe logging practices or reporting on crime on the streets of Chicago, he has made his mark conducting “shoe leather reporting.” 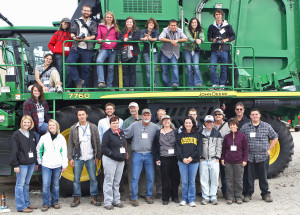 Field Reporting Institute participants take a short break from reporting to pose for a photo.

After years of reporting at the St. Louis Post-Dispatch, Allen worked for the non-profit Institutes for Journalism and Natural Resources. He used his experiences there—first as a working journalist on an immersion field trip to western Montana and later as the designer of similar trips across the U.S.—to inform the Field Reporting Institute at MU.

“It takes a lot of energy for the students to stay focused and not to just listen to what the source is saying but how he or she is behaving, what their gestures are,” Allen said. “They’re noticing their surroundings; is it a crisp corn field blowing in the wind or is it a forest with a beautiful pine smell and birds? This is some of the gold that field reporting gives a writer.”

While their surroundings provide incredible stimuli, taking it all in and trying to weave the experiences and varying perspectives into a story can be challenging for the students.

“You go through a day and it feels like it lasted one minute and you’re exposed to three or four field stops where you learn two things you expected to learn and 10 things you had no idea you were going to learn,” Allen said. “At the end of the day you feel like you just got blasted by a fire hose. ‘What does this mean? Help, Bill!’ The students say and I say, ‘you know, the state of confusion is important.’ They’re on a journey to figure this out—both physically and intellectually.” 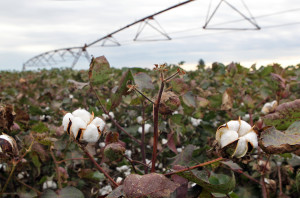 “Nothing beats first-hand experience,” said Tina Casagrand, a MU journalism and anthropology major who was part of the 2011 FRI class. “Seeing the cotton field and cotton gin; I had never seen that before. And seeing what happened at Birds Point levee—we’d heard a lot of stories, but actually seeing it—what we saw was a lot different than the stories we had seen and read. It was striking.”

Another goal is to get the students to understand that agriculture and the environment are not separate topics. Neither one is bad or good; they are linked together.

“We have a lot of pro-agriculture, anti-environment students and (vice versa) come to the middle a little bit,” Allen said. “They learn that let’s calm down and think about these things because it’s all connected. The urban and suburban students come in and learn a lot about agriculture and the rural students learn a lot about environmental issues; they learn about each other. Two cultures of people begin to see beyond the stereotypes,” he added.

Jeff Powelson, private land conservationist for Missouri Department of Conservation, helped find several experts for this year’s trip and is coordinating farm tours with farmers who use the Conservation Reserve Program (CRP), but for varying reasons. “I like the opportunity to help educate folks who will have an influence,” said Powelson, a CAFNR alumnus who fondly recalled his field experience identifying birds at sunrise with Mark Ryan, director of the School of Natural Resources in CAFNR.

Sometimes, moments of inspiration for the students come simply from changing perspective.

“Do you know what happens to a journalist who is not familiar with agriculture the first time they climb into a copilot seat of a combine and go up and back in a row of corn? That totally changes their worldview,” Allen said. “They begin to see and feel in a way you can’t tell them—about the connections between the soil, the plants and the food we eat.” 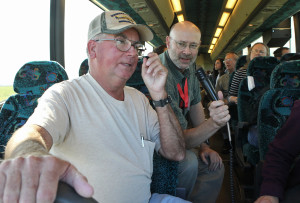 Bill Allen leads a discussion aboard the tour bus, affectionately dubbed “the mothership.”

While not as visually engaging as a stroll through a forest or cotton field, onboard the Cavallo bus is an equally important learning environment. Students start to unpack what they just heard, smelled or saw and experts are intermingled throughout the bus to answer their questions, and ask some of their own.

Allen, other traveling faculty and special guests lead discussions through the onboard PA system. “I want them to have the experience of having their brains turned on almost non-stop for three whole days with 6-7 hours of sleep per day—meaning from 7 a.m. till midnight they’re working,” he said.

It’s really a co-learning environment, where students are learning from the faculty and vice versa.

“The field reporting institute was wonderful and one of the highlights of my semester,” said Rose-Marie Muzika, department chair and professor of forestry at MU. “I loved learning how journalists work and I was so impressed by their attentiveness and their focus; it gave me ideas about what they are interested in and how to speak their language,” she added.

Allen keeps morale high with occasional Chuck Norris jokes and some incentives. At the end of each day, one student journalist earns the “Golden Question Award,” a Mizzou lanyard worn in recognition of asking the best question. On the Mothership, as the bus is called, it carries the prestige of an Olympic medal.

Whether it’s covering legislation regulating Genetically Modified Organisms (GMOs), understanding how agricultural changes can influence the culture and composition of a community, or reporting on the complexities of our modern food system, the FRI and the Science and Agricultural Journalism Program, which celebrates its 90th anniversary this year, prepare aspiring journalists with the tools to tell compelling stories, and the integrity to dig beyond surface issues and stereotypes.

“Even if they go to a newsroom where there’s no travel budget, they still know what’s possible, they still know how to do the story better and they also learn that stories about these issues are not black and white; there aren’t just two sides,” Allen said.

To create the dynamic FRI experience Allen collaborates with several MU faculty, USDA scientists, natural resource experts, farmers and engineers, journalists and his wife, Debbie, an administrator in the Bond Life Sciences Center and the “Trail Boss” for the journey.