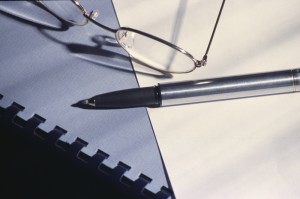 The program combines the best of the Missouri School of Journalism and the College of Agriculture, Food and Natural Resources (CAFNR). The development of the degree was announced by Dean F.B. Mumford of the College of Agriculture and Dean Walter Williams of the School of Journalism Feb. 9, 1922. It is the oldest interdivisional offering at MU. A Memorandum of Understanding was created in 2006, formalizing the relationship between the two colleges. 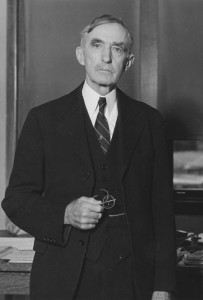 For decades, the program has prepared young journalists to explain the complex and fascinating world of science, agriculture, the environment, food, natural resources and medical and agricultural biotechnology and the impact on society.

The program prides itself on its almost 100 percent graduate placement rate. 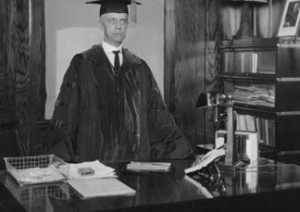 Walter Williams.
Originally, all of the journalism education was done through the School of Journalism. Today, the Science and Agricultural Journalism Program offers 21 hours of courses designed to teach students to report on specific topic areas, including food and wine, science, the food system and the environment, according to Sharon Wood-Turley, program chair.

Today, the Science and Agricultural Journalism Program allows students to pick one of five areas of emphasis within CAFNR: Agricultural Marketing, Agricultural Science, Conservation and Environment, Food and Wine, and Science. Meanwhile, students can focus on one of the following interest areas in the Journalism School, or pick courses from any combination: Print and Digital News, Radio and Television Journalism, Magazine Journalism, Strategic Communication (Advertising and Public Relations), Photojournalism, and Convergence Journalism (a combination of media skills and knowledge).

The word “Science” was added to the program’s title in 2011 to better position the program to attract students interested in reporting and communicating about the food system, science and the environment, Wood-Turley said.

A celebration of the program’s anniversary will be Sept. 7-8, 2012. The event will be headquartered at the historic Hotel Frederick in Boonville, Mo., where a block of rooms have been reserved for the event.

More information about the event can be found here.