Illustration courtesy American Angus Association
Each year, in the state of Missouri, cattle ranchers breed 2 million cows. Yet, only about 85 to 90 percent of those cattle actually birth a calf. The other cows either are not able to get pregnant or they miscarry. Now, the USDA’s National Institute of Food and Agriculture has awarded a $3 million grant to University of Missouri researchers to determine if specific genes play a role in the breeding problems and other issues in the cattle industry. Finding the answers could lead to a significant increase in income for farmers and also stabilize prices at the grocery store. 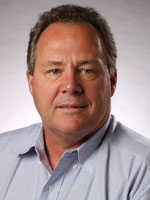 Jerry Taylor
“In Missouri alone, we’re talking about 100,000 cows that are not able to sustain a pregnancy,” said Jerry Taylor, Wurdack Chair in Animal Genomics in the MU College of Agriculture, Food and Natural Resources. “We’re hoping to identify the individual genes in up to 200 cattle from up to 10 different breeds to determine which genes are the troublemakers — which genes are responsible for early termination of these pregnancies. It’s important that we broaden this work to include other breeds of cattle and not just Angus cattle, so that our work will have implications for farmers throughout the country.”

Taylor and Dave Patterson, a professor of animal science and state beef extension specialist at MU, will lead the research team as they attempt to identify, or “sequence,” the 24,000 genes in each animal. The researchers will be looking for mutations in the genetic code that lead to early embryonic loss. Scientists also could use this basic sequence information to address feed efficiency, disease resistance and growth. 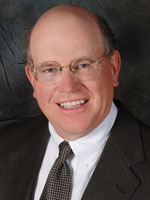 “Typically an animal has two copies of a gene, so that if one gene is unable to function due to a mutation, the second gene functions normally and keeps the animal in a healthy state,” Patterson said. “However, when both copies of a gene are mutated so that they cannot function, the effect may be lethal and the embryo will fail to implant or will terminate during gestation. If we can find those problem mutations, we can develop a solution. It’s just tough to find a solution when you don’t know the problem you’re facing.”

Taylor said the grant builds on research previously conducted or currently underway at MU supported by the National Institute of Food and Agriculture. In his past work, Taylor has developed technology that can quickly allow scientists to examine hundreds of thousands of points on an animal’s genome and generate precise estimates of genetic merit for carcass traits, feed efficiency and respiratory disease susceptibility. Currently, Taylor is using this technology to develop genetic predictions for different breeds of cattle for feed efficiency and respiratory disease, a health problem that leads to $700 million in losses each year in the cattle industry.

The grant will be awarded over five years, up to $600,000 each year. In addition to other MU researchers, Patterson and Taylor will be collaborating with scientists from the University of California-Davis, Oklahoma State University and the University of New England in Australia.