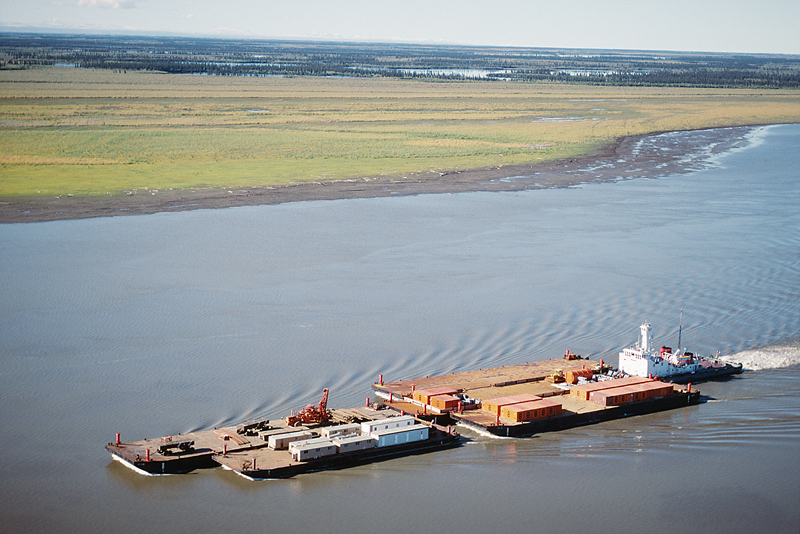 Are the Missouri and Mississippi rivers and their floodplains the key to America replacing a portion of imported oil with domestic biofuel by 2022?  A consortium of more than 40 academic institutions and agricultural and energy companies says yes.

Shibu Jose, director of the Center for Agroforestry at the University of Missouri – the lead institution in the Mississippi/Missouri River Advanced Biomass/Biofuel Consortium (MRABC) – says recently completed preliminary research shows that America’s two great rivers can support an effort to economically take biofuels from plants harvested in waste ground to finished biofuel pumped into fuel tanks. The organization’s next step is to find funding to build a prototype bio-processing facility that will create the first gallon. 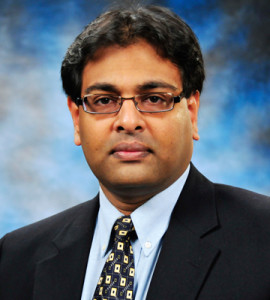 If implemented, the plan could create about two-thirds of the 21 billion gallons of biofuels called for in federal goals by 2022, Jose said.

Jose said U.S. plans to produce 36 billion gallons of biofuel by 2022 are falling short because of three bottlenecks: reliable and large-scale biomass availability; economical transport of bulk quantities of plant material; and an infrastructure of bio-refineries to efficiently convert it to fuel.  The rivers and the lands near them provide a solution to all three problems, he stated.

The preliminary research was funded by the College of Agriculture, Food and Natural Resources, Mizzou Advantage and the MU Office of Research.

It will take an enormous amount of land to grow enough plant matter to convert it into 36 billion gallons of biofuel.  A criticism of U.S. ethanol production is that it diverts corn for food and feed into corn for fuel. 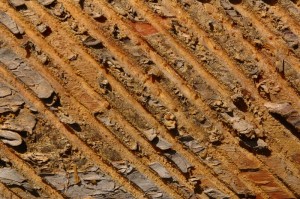 Jose said the preliminary research shows there are about 116 million acres of marginal land near these rivers that are unsuitable for traditional crops because of flooding, erosion and poor soil.  These lands can be planted with biofuel crops like switch grass, poplar trees, willows, energy cane or Miscanthus which can thrive in these areas and can be regularly harvested.  The biofuels wouldn’t hinder current food production as they would be planted in areas not capable of conventional production, Jose pointed out.

This method of production is environmentally friendly, Jose said.  Many of these plants require little to no fertilizer. Most are soil stabilizing plants, holding the soil in place.  Additionally, he continued, the biofuel plants could absorb fertilizer runoff that would normally be carried down to the Gulf of Mexico.  This nitrogen-rich runoff starves coastal areas of oxygen from Houston to Biloxi, creating what scientists call the Gulf Dead Zone. 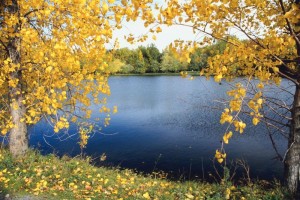 The MU Center for Agroforestry has already investigated which plants grow best in these areas and are most suited for biofuel production, Jose explained.  In another project, agroforestry researchers partnered with the MU Power Plant to identify which types of low-value trees can be harvested and burned to replace a percentage of coal for electricity on campus.  A new boiler is being installed at MU to begin using this new energy stream. 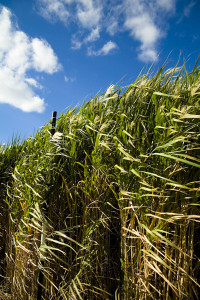 Switch grass and Miscanthus can be harvested every year for 15-20 years before needing to be replanted, Jose pointed out.  Cottonwood and willow trees can reach 20 feet in height in just three years. That means sensitive lands like floodplains don’t have to be disturbed each year for planting, which loosens the soil and can lead to sediment flowing downriver.

Jose estimated that by planting biomass crops on six million acres – just five percent of the marginal land available around the rivers – would produce enough raw material to be converted into seven billion gallons of biofuel.  This will be a dramatic increase over the less than one million gallons expected to be produced in 2012.  This land, which would follow the rivers from St. Paul, Minn. and Sioux City, Iowa to New Orleans, would equal the approximate 5.9 million acres of soybeans that are harvested in Missouri. 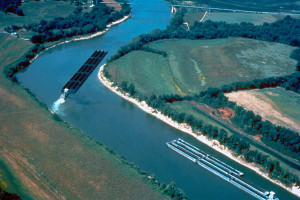 Barging Toward a Solution

It is economically difficult now to transport huge quantities of low-energy plant material from the fields to refineries, Jose pointed out. That is where the rivers provide the solution, again.  River barge traffic already economically moves bulk sand, cement, asphalt, fertilizer and grain.  In 2010, 334,000 tons of goods were shipped on the Missouri River alone – the equivalent of 13,000 tractor-trailer loads, according to the Missouri Department of Transportation.  Barge traffic can typically start as far upstream as Sioux City.  Barges on the Mississippi Rivers can often float from St. Paul to the Gulf of Mexico.

A University of Minnesota study estimated that it costs 50 cents to transport a ton of bulk material one mile by barge compared to $5-6 per ton by truck.  Traveling with the current on the lower Mississippi, a barge can move 1,290 tons of bulk product one mile per gallon of diesel fuel burned, according to a University of Iowa study.  Such economics make it possible to move bulk plant materials from where they are grown to processing plants, Jose stated.

Jose’s estimates are also supported by a University of Nebraska-Lincoln study showing that switch grass grown for biofuel production produces 540 percent more energy than needed to grow, harvest and process it into cellulosic ethanol.  These researchers found that switch grass grown on the marginal fields produced an average of 300 gallons of ethanol per acre compared to average ethanol yields of 350 gallons per acre for corn.  UNL scientists have been studying switch grass production since 1990. 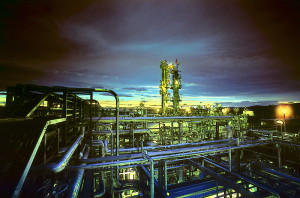 The last part of the MRABC plan would see the creation of regional biofuel processing and refining plants along the river.  Jose imagines facilities near harvest sites will process the biomass into easier-to-ship pellets or liquid fuel.  Such energy-dense products could be economically shipped via truck throughout the U.S. or through the Port of New Orleans for export.

The pellets would be used to replace coal in electricity generation, Jose related.  Other refineries would use fermentation, gasification or pyrolysis to produce a variety of liquid fuels including jet fuel, diesel, butanol and ethanol.

Jose pointed out that building regional processing plants and bio-refineries could create hundreds – if not thousands – of local jobs.  He thinks the plants could be located in river towns with known economic problems and needing an industrial boost.

The Next Step: Money

Planting on marginal lands and utilizing existing barge infrastructures are the easy parts of the plan.  Jose said the MRABC consortium needs $10 million in grants per year for the next five years to construct an experimental bio-refinery for demonstration and testing.  MRABC has industrial partners capable of scaling up the model up to two million gallons of biofuel – twice as much as was created in the U.S. last year.

“Currently, five out of every 10 gallons of fuel we pump into our cars comes from a foreign country,” Jose commented.  “You only have to read today’s newspaper headlines to know why that is unacceptable from both a national security and economic security standpoint.”