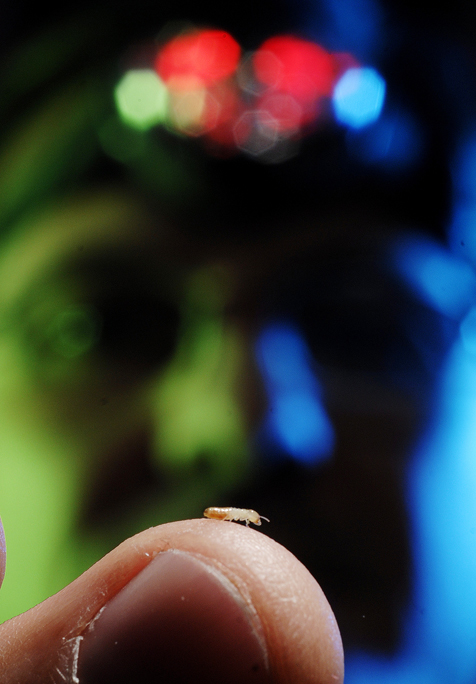 The mouth of a termite might be small, but an infestation can take a big bite out of a home if left undetected.

“They feed one bite at a time, but because there can be hundreds of thousands or millions in a colony, that damage can build up over months or years,” said Richard Houseman, associate professor of Plant Sciences at CAFNR. “Termites are social insects like bees or ants, and so the combined effort of hundreds of thousands or millions of termites in the same colony can result in damage that threatens a homeowner’s most important investment.”

Termites tend to rear their off-white, translucent heads in spring. Spurred by warm, wet weather and the natural tendency of the winged stage of termites to swarm as they are led by queens to establish new colonies, termites look for new homes. All this movement means they can mosey into new territory.

That movement also means the search for new food is on.

Hungry Termites on the Move

“Any kind of wood that’s in contact with the soil and up against your foundation is going to be a problem that risks a future termite infestation,” he said. “It might be surprising to find out that termites can penetrate a slab or a foundation of a home through cracks or gaps that are as small as 1/64 of an inch, about the thickness of a piece of paper.”

Four closely related species of termites exist in Missouri, but they all look very similar. The insects are usually about the size of a grain of rice, cream colored, with a dark, tannish head. Houseman said that finding one usually means thousands exist, coming from a colony that can easily contain 100,000 or more termites. It takes a lot to feed that many termites, so colonies send out workers who blindly search for sources of food.

“Termites feed first by breaking off little pieces of wood or other cellulose that’s dead wood typically, but they’ll feed on things like paper, cardboard or other things that are made from cellulose.”

Houseman said that most homeowners will one day deal with eliminating termites in their home. He said new houses usually have a 10-year reprieve since local termite populations are wiped out during construction. But that all changes with time.

Homeowners need not despair. By looking for telltale signs, they can head off an infestation before serious damage occurs.

“If you’ve got a lot of mulch or other ground cover close to the siding or brick, if you live in kind of a wooded area, if you’re in a mature neighborhood, if your house is 5 years old or older, you could have them,” said Steve Hotsenpiller, owner of Steve’s Pest Control in Columbia. “Any kind of mud tunnels on the outside of your foundation are a sign of a termite problem. These are hollow shelter tubes that bridge the gap between soil and a food source that termites build to maintain a high moisture level in their body.” 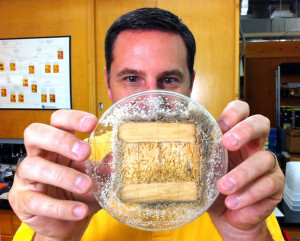 Professional pest control companies can eliminate termite problems that have gotten out of hand with one of two options. Some, like Hotsenpiller, recommend a baiting system, where termites eat a tainted food. When those termites return to the colony, they spread the chemicals in this food source, killing affected termites and altering hormones in others to keep them from reproducing. These baits require proper placement in the path of mud trails so the insects find and eat it. Bait stations require periodic checks to replenish bait and guarantee effectiveness.

Liquid chemical applications are also effective. Typically these treatments are applied by soaking the soil around the foundation with insecticide to create a barrier against termite invasion. The insecticide gets on the termites that come in contact with the treated soil, and they carry the residues back to the colony on their bodies. As they are groomed by other termites in the colony, the termites die.

Keeping Termites Out of the Refrigerator

Homeowners can limit their risk by reducing food sources near the foundation of their homes.

“Wood piles close to the house, scrap wood, deck posts going into the ground – you want to eliminate as much wood going into the soil as possible around your house,” Hotsenpiller said. “We live in a climate where there’s as many as 20 colonies under an acre of ground and they’re just very active here.”

Mulch is also an area of concern. Experts say to keep it away from a foundation and follow mulching recommendation to minimize collected moisture.

“Mulch creates good soil conditions for termites, just like it creates good soil conditions for plants,” Houseman said. “It keeps the soil cooler and moist during the hot times of the year and keeps it warmer during the cool times of the year, and so termites are going to be more active under mulch beds and will then also be in close association with the foundation of your home. Keep mulch at a thickness of only 2 to 3 inches and make sure that the mulch doesn’t cover the bottom of the siding of your home so that you can see mud tubes if termites begin to invade.”