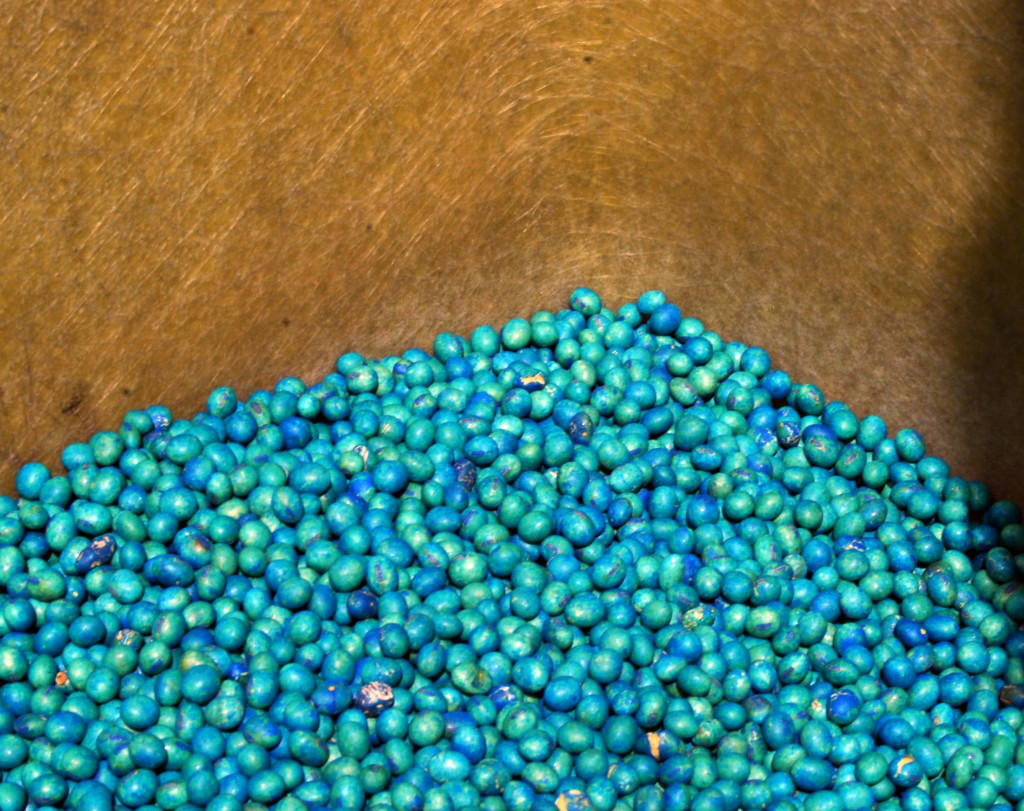 The water has receded, and the levees have been rebuilt. But the impact of last year’s flood—like tons of sand that now cover formerly fertile fields—lingers on.

One year ago the levees gave way in Northwest Missouri, and the Big Muddy flooded tens of thousands of acres. Unlike previous floods in the region, the water stuck around for more than three months. This created giant lakes surrounding homes and barns and essentially cutting off towns and impacting every sector of the economy.

In Atchison County, more than 75,000 acres of farmland was flooded. Of that, 20 percent won’t be farmed again and several thousand acres won’t be as productive. 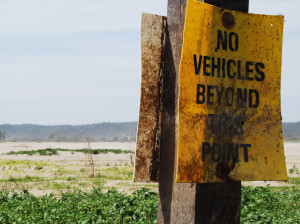 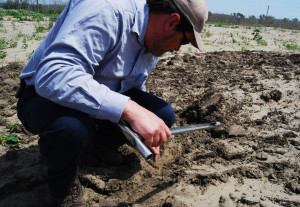 Jim Crawford collects a soil sample to measure the depth of sand covering a field.

While the impact of the 2011 flood in northwest Missouri will linger, researchers at Graves-Chapple Research Center near Rock Port are using the unfortunate event as an opportunity to revisit research on planting crops after a flood. The Center is part of a network of research centers across Missouri, extending the College of Agriculture Food and Natural Resources’ (CAFNR) research to nearly 13,000 acres to meet the regional research and demonstration needs of agricultural producers and natural resource managers.

Jim Crawford, superintendent of the Center and natural resources engineer for MU Extension, has several trials underway to find out whether inoculated soybeans are worth the extra cost for producers.

Healthy soils are typically in an aerobic condition, allowing air and moisture to pass through. In flooded conditions, water fills all the pores in the soil. Because of the depleted air supply, soil shifts to an anaerobic state, which can kill many of the beneficial microbes and bacteria in the soil.

After the water recedes the bacteria often return, but their return can be slow and that translates to reduced yields for soybean growers. Crawford planted soybean seeds that are inoculated with the bacteria Rhizobium Japonicum, which forms a symbiotic relationship with the soybean plant. Here, the energy from the plant feeds the bacteria and the bacteria supplies nitrogen to the plant.

Crawford, who grew up on a farm in Hedrick, Iowa, said he approaches research from a farmer’s perspective—trying to replicate experiments on a field scale and always asking: “is this practical for farmers economically? Will they do it?”

The inoculated soybean trial is one of several active research projects at Graves-Chapple Research Center. Ongoing research for variety trials in corn and soybeans, growing biomass crops, improving water quality and conserving soil are also conducted. Each project is driven by a commitment to maintain or increase profitability for area producers while conserving natural resources.

From Field to Farm and Farm to Fork 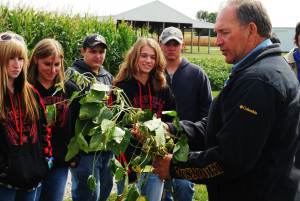 The Center is open to the public and hosts an annual Field Day for producers. This year’s Field Day is set for August 28. The Center also hosts hundreds of students at its annual FFA Day, set for Sept. 28.  Many of the students board the bus at 4:30 a.m. in Kansas City to make the journey. Most have never seen a farm before, much less walked in a field. They learn how to grade cattle, reach into a cow’s stomach to learn about its digestion, calculate soybean yields and gain an understanding of the myriad products they use every day that originate in the field—right down to the lipstick on young women’s faces, Crawford said.