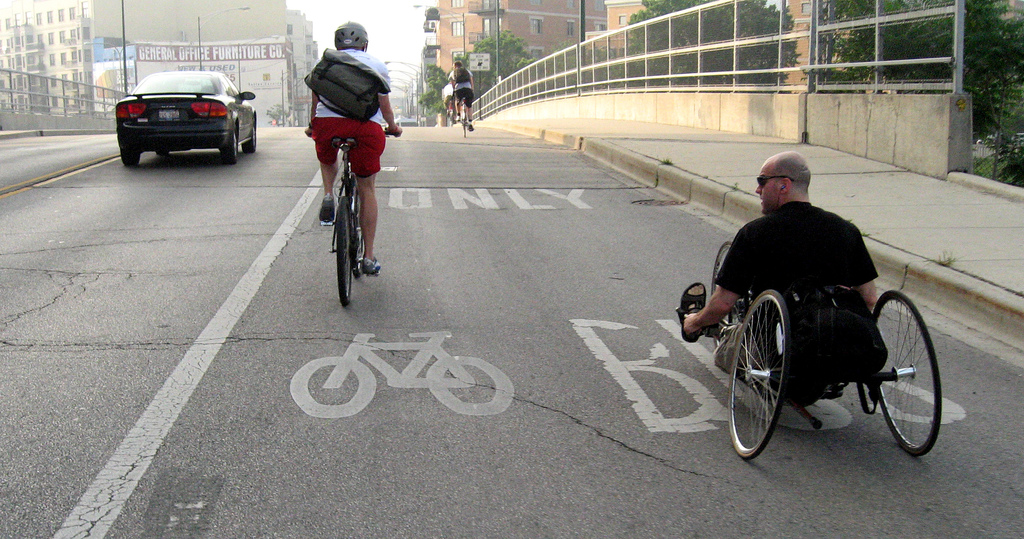 More than one-third of Americans are obese. A recent Centers for Disease Control and Prevention (CDC) study projects that number will swell to nearly half of the population by 2030, costing trillions in health care costs—unless Americans take action. 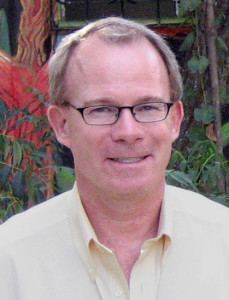 Christopher Fulcher, Co-Director of the Center for Applied Research and Environmental Systems (CARES) in the Division of Applied Social Sciences at CAFNR, works to empower communities to take action against the obesity epidemic.

By bringing power to the people. In this case, the power of information to create and sustain healthy people in healthy places. This spring, Fulcher and his team launched Community Commons, an interactive mapping, networking and learning tool to help individuals and organizations across the nation connect and collaborate to promote healthy communities. Thousands have joined the Commons and more are connecting each day.

“Thousands of organizations are engaged in place-based change across the country, so we’re linking this broad network of organizations with the underlying CARES data visualization technologies to create a public good utility called Community Commons,” Fulcher said.

CARES partnered with Advancing the Movement and the Institute of People, Place and Possibility (IP3) to create Community Commons. The Commons collects national health and socio-economic data and distills it into interactive maps that can be easily accessed and used. With such data, governments and other organizations can spot trends, identify specific geographic problem areas, and measure the effectiveness of intervention programs.

Visitors to the site can also create their own maps using the free access to more than 7,000 GIS data layers that include state, county, zip code, tract and block datasets, view video narratives on “what’s working” and engage in social media and peer learning forums where colleagues exploring similar interests and challenges can determine best practices.

“It’s really what the land grant university is all about—we have research, education and outreach as part of our mission and CARES focuses primarily on outreach and public service,” Fulcher said. “What’s happening at Community Commons, which has never been done before, is that we’re coalescing all these different place-based initiatives so we can learn from each other more effectively.”

Adam Saunders, a recent CAFNR alumnus, is a member of the Community Commons team and the curator for the Urban Agriculture group on the Commons. He’s recently worked with the Sustainable Economies Law Center in California to join the Commons and migrate their vast resources there, as well as create new content, such as an interactive maps of local policies across the country that address urban agriculture. 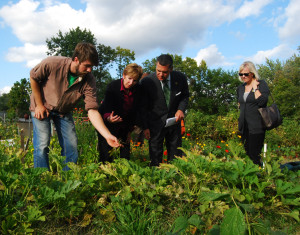 Saunders co-chairs the Backyard and Community Food Production Action Team, a volunteer group formed out of the Unite 4 Healthy Neighborhoods Initiative administered by Pednet of Columbia, Mo., and funded by the Robert Wood Johnson Foundation and the Missouri Foundation for Health. His group is one of thousands across the nation who can connect through the Community Commons.

“It has great potential to and is already elevating this work that we do around healthy life, equitable distribution and quality of life,” said Ian Thomas, executive director of PedNet, a Columbia-based non-profit that works to promote safe, active travel and foster healthy communities. “It elevates it to a national spotlight and as more people use it over the next two to three years, the national movement will coalesce. We’ll see a lot of small movements coming together.”

Teaming Up For Success

The mission of the Commons is reflected in the way it came together—through networking and collaboration.

“It’s created a real energy around the public good and what our center has aspired to for many years,” Fulcher said. “Our center alone couldn’t make this happen; we’re primarily technology people without the capacity to network with all of the founders of these place-based initiatives around the country. That’s where Tyler Norris comes in; due to his leadership with Advancing the Movement, and collaborating with Community Initiatives President Monte Roulier and his team, we’ve created a new space for a much needed dialogue,” Fulcher added.

“As part of our public service mission, we’re bringing together our mapping resources and expertise to the table and working with groups of people to discuss how we better identify access to services—whether it’s access to recreation, food, grocery stores, etc. What are the underlying socioeconomic, demographic and health characteristics in areas that may preclude people from accessing services or using playgrounds or other types of facilities?” Fulcher said.

Community Commons is a multi-pronged approach to answering those questions and addressing a serious epidemic in America. So log on, learn, connect and join the movement.