Randy Miles’ passion for IndyCar racing is well known among his colleagues at CAFNR.

“The big day of the Indy 500 race is my personal Christmas,” Miles said with a laugh. 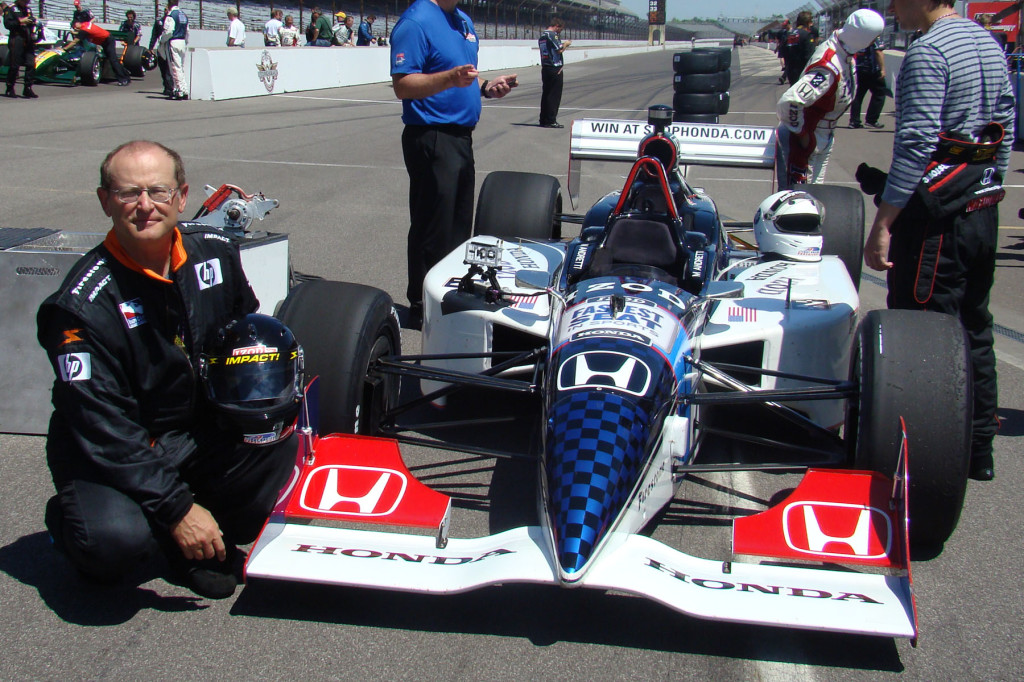 The Indiana native has been into IndyCar his whole life. He grew up only about 40 miles west of the track, near Crawfordsville, Indiana.

Miles is an associate professor of Soil Science, director of Sanborn Field and Duley-Miller Research Plots, and director of Missouri Wastewater Small Flow Research and Training Center. He joined CAFNR in 1983.

The Indianapolis 500-Mile Race is held annually the last weekend of May — Memorial Day Weekend. It is billed as The Greatest Spectacle in Racing. It is also estimated to be the largest sporting event in one day with an estimated 350,000 to 400,000 attendees.

Each year Miles purchases a garage pass for the month of May, which means for most weekends of May and the week leading up to big race he can be found at the race track. For the big race he purchases several tickets for his wife and a few other family or friends to come along.

As the big race of the Indy 500 always takes place on Memorial Day weekend, Miles said he also makes sure to spend time at the event’s services.

“Every year my mother and I decorate the family graves,” Miles said. “It’s important to not forget that it’s a somber time, too.”

On the second qualifying day for the Indy 500, all military service members and veterans get in for free.

For Miles’ birthday last year his wife gave him tickets to a special event for the 100th anniversary of the Indy 500’s track. At the event, Miles rode around the track in an IndyCar two-seater with legendary racing drivers Arie Luyendyk, Johnny Rutherford and Mario Andretti. Combined the three professional drivers have won six Indy 500 titles. 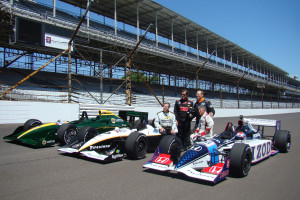 Miles was one of only 50 guests at the exclusive event, which also included breakfast, lunch and happy hour with the three drivers. He also received a racing helmet that each driver signed.

His passion for the Indy 500 extends much further than attending the race. Miles subscribes to six different auto racing magazines and is currently in the process of cataloguing his 150-book collection on racing. His goal is to write a book about the 1919 Indy 500 winner Howdy Wilcox, who grew up in Miles’ hometown.

His passion for car racing can be seen at work, too. To get into the Indy 500 spirit, Miles will often wear one of his 12 race car ties or a pair of race car socks leading up to the race. He also said he likes to incorporate racing sayings and terms like “full throttle” into the classroom.

Although Miles waits to pick out his predicted Indy 500 winner until after the qualifying round, he lists Roger Ward, Rick Mears and Bobby Rahal as some of his all-time favorite drivers.

In January, Miles went to the 50th anniversary Rolex 24 at Dayton in Daytona, Fla. The 24-hour race is different from the Indy 500 as it is a combined road course, utilizing portions of the NASCAR race track and an infield course. The infield includes fun activities like a Ferris wheel.

This year Miles will leave for the track either May 17 or 18 and return the 20. He will then return to the track the 23 for the big weekend race and festivities.