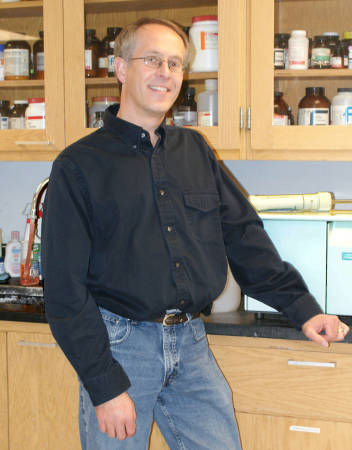 CAFNR faculty know how to respond when a reporter from a traditional media outlet like the New York Times or CNBC call.  What do you do when you get a request from something called Deadspin?

And what do you say when the writer wants to know if you can eat a 20-year-old chocolate bar?

Ingolf Gruen, program chair of Food Science and interim director of the Institute for Continental Climate Viticulture and Enology, didn’t hesitate when he got the request.  He quickly looked up the site, figured it reached a large and young audience of potential food science students, and dove in with an answer tailored for its readers – and had some fun with the response, too.

Deadspin is a sports website owned by Gawker Media and was launched in September 2005. As of February 2010, the site had attracted over 462 million unique visitors and about 573 million page views.

For a website, Deadspin is an influential operation.  Sports Illustrated cited two stories that came from Deadspin – photographs of Matt Leinart partying in New York City and the first published report that outfielder Matt Lawton had tested positive for steroids – as two of the top web stories of 2005.  Time magazine named the site one of the 50 coolest websites of 2006.

“You’re with me, leather,” a phrase allegedly used by ESPN anchor Chris Berman, appeared in an anecdote submitted by a Deadspin site contributor, became a running gag among readers and was used on-air by television personalities such as ESPN’s Tony Kornheiser and Neil Everett and MSNBC‘s Keith Olbermann.

While Deadspin, and its other Gawker sites like Gizmodo, hyperlink to other media sites, they also write and research many of their own serious science stories with a fun twist.  One story asked why woodpeckers don’t get brain damage from pecking all day, and how wearing a white lab coat will make you smarter.

The reporter picked up Gruen’s name by Goggling several key terms relating to food science and chocolate and finding several CAFNR web stories and media releases regarding Gruen’s research.  While his studies in analytical chemistry with applications in food composition, flavor chemistry and the influence of food ingredients on quality attributes of foods is quite serious, Gruen looks for ways to make his science fun and relevant to the person he’s talking to.  This was exactly the approach the reporter was looking for.

Is It Okay to Take that Bite? Maybe

So, okay, can you eat a 20-year-old chocolate bar? 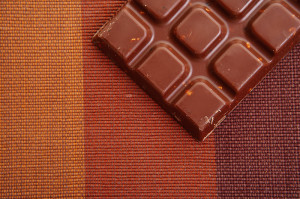 “It totally depends on how the chocolate has been stored,” Gruen told the reporter. “First of all, let’s assume is has remained in its wrapper – if you remove the wrapper and set it out ‘into the elements’ all bets are off.

“First of all, the water activity of chocolate is very low, which means microorganisms cannot grow in chocolate. So unless the chocolate was contaminated with microorganisms to begin with there should be no issue with microbial spoilage, even after 20 years. However, if the wrapper is removed and it sits in humid / moist conditions, all kinds of stuff can eventually grow on the surface – hence my comment that all bets are off if the wrapper is removed.

“That brings up the comment about storage. If the chocolate was stored in a cool dry place, let’s say above freezing but below about 50 Fahrenheit (like in a cool basement), I would have no problem trying the chocolate.

”The most likely spoilage that will happen over time is that the fat in the chocolate goes rancid – the lower the temperature of storage the less that will happen. The cocoa butter, which is the fat in chocolate is quite stable and does not oxidize easily, but ALL fats can oxidize. So if you store the chocolate close to, but still BELOW, the melting point of these fats – at 90 F. or so— they will go rancid and I would not touch that chocolate since after 20 years it will be rancid enough to make you gag.

“If the chocolate has undergone temperature fluctuations a lot over the 20 years, some of which may have reached melting temperature, then the fat crystal structure of the chocolate will have changed and the chocolate looks as if it is moldy – but it is not mold – and it is brittle. The moldy look is because the type of crystal that the fat is in does not reflect the light the same way the correct fat crystals do.  I would not eat that chocolate, since besides being probably rancid (depending on how long of the 20 years it was stored at higher temps) it now will also taste stale and is very brittle and grainy.”

The story hasn’t been posted, yet.  Watch deadspin.com for the story.