It’s been known for centuries as nature’s medicine chest, but modern scientists have mostly ignored the elderberry—until recently.

Next year, the College of Agriculture Food and Natural Resources (CAFNR) at the University of Missouri, in conjunction with several partners, will host the First International Symposium on Elderberry June 9-14, 2013. 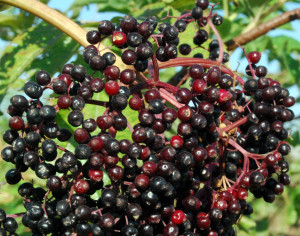 This will be the world’s first gathering of international scientists from multiple disciplines studying all aspects of the elderberry plant and fruit, and its use as a food and dietary supplement.  Horticulturists, botanists, biochemists, food scientists, economists, and others will gather in mid-Missouri during peak elderberry flowering season for several days of scientific exchange and fellowship.

The elderberry is a native Missouri shrub and has recently emerged as a promising specialty crop for Missouri. Andrew Thomas, research assistant professor of plant sciences at MU, has been cultivating elderberries at CAFNR’s Southwest Research Center for 14 years and is coordinating the symposium.

“Elderberry is an understudied and neglected crop,” Thomas said. “When you look at its antioxidant content it’s nearly off the charts. It’s fairly easy to grow, internationally known and has many uses, including wine, juice, jams, cooking, food colorants and increasingly in medicinal/nutraceutical products,” he added. 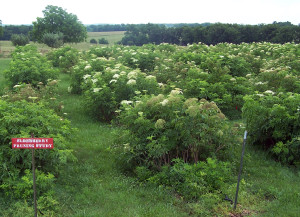 Due to research and grower initiatives, Missouri is emerging as a national leader in elderberry development and production, and in the last three years the largest acreage of improved elderberry has been developed here. Thomas said the international symposium can fast-track the growth of Missouri’s elderberry industry. The symposium is linked with an annual elderberry grower’s workshop and festival.

“I feel honored that they chose our area to have the symposium,” said Terry Durham, a local elderberry grower. “The research trials the university has done has allowed us as farmers to have good plant material to work with. There’s huge growth potential in Missouri.” Durham noted that the United States consumes 60 percent of the world’s elderberries, but imports more than 90 percent of the fruit.

The Symposium is being organized under the auspices of the International Society for Horticultural Science, and research papers resulting from the Symposium will be published in a peer-reviewed stand-alone volume of Acta Horticulturae.  More information, including registration and abstract submission are forthcoming, so check the website often as the Symposium unfolds.