tap to close
The Ag Alumni Association held their annual Award Reception Thursday, April 12, to celebrate distinguished College of Agriculture, Food and Natural Resources alumni. The afternoon reception was held at the Memorial Union on the University of Missouri campus. 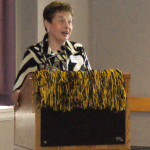 Gayle Johnson of Columbia was named the 2012 True Tiger Volunteer Honoree for her volunteer efforts, commitment and dedication to CAFNR and the University. Gayle has served on committees for the CAFNR Unlimited Banquet and Auctions where she has been instrumental in helping develop and continue the event’s growth in attendance. She also has served as an unofficial Parent in Residence for a number of Tiger athletes and CAFNR students. 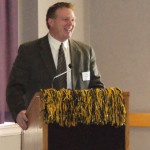 This year’s Honorary Membership Recipients are Dr. Jon Hagler, Missouri’s Director of Agriculture, and Dr. Joe Parcell, Professor of Agricultural and Applied Economics. This award recognizes Hagler and Parcell for their exemplary interest and commitment to CAFNR even though they are not CAFNR alumni. Hagler collaborated with CAFNR faculty and the Veterinary School to establish a training program for practitioners to meet the increasing demands of the animal industry in Missouri and neighboring states. Parcell’s cutting-edge work provided to the Missouri Soybean office has helped secure more than $1.9 million in internal and external grants. 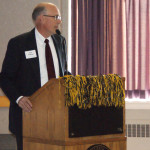 Paul Redhage was the Citation of Merit Award Winner. This award is for professional attainment and achievement by a CAFNR alumnus. Redhage is Strategic Communications Manager at FMC and lives in Labadie, Mo. He currently serves on the executive committee of the National AgriMarketing Association. He has long been recognized as a leader in agricultural marketing circles. Redhage has led successful brand development and marketing efforts for numerous products during his career. 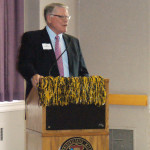 Ted Jacoby, Jr., was recognized as the Alumnus of the Year. The award recognizes an alumnus who has made significant contributions and accomplishments that have added to the excellence of CAFNR, MU, their profession and community. Jacoby is President and Chief Executive Officer of T.C. Jacoby & Co Inc. in St. Louis. Jacoby has been a strong supporter of CAFNR scholarship efforts. He established the Dairy Industry Scholars Program in 2008, which allows four students each year to travel to various dairy industries and the Chicago Mercantile Exchange.

Former president of the Ag Alumni Association Rick Meyer was also recognized at the reception for his service. Meyer’s term was completed in February. He currently works as a realtor in Troy.

The Leadership Society was established in 2007 with the goal of establishing an organization to recognize alumni who have demonstrated strong commitment of leadership and service to the University of Missouri’s College of Agriculture, Food and Natural Resources. 2012 marked the Agricultural Leadership Society’s second class of inductees. 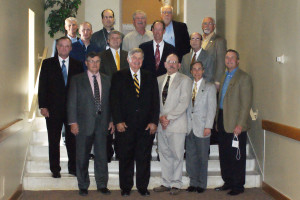 Charter members of the Agricultural leadership Society, who also were recognized at the reception, welcomed the new inductees.