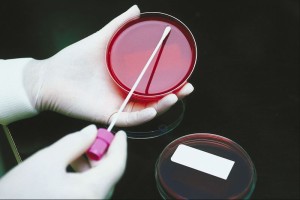 And the future doesn’t look better. States continue to cut higher education appropriations as tax receipts have flat-lined. At the University of Missouri, state funding now makes up only 17 percent of the university budget.

As only so many new students can be recruited to fill limited classroom space, universities must become more entrepreneurial to fill in the budget shortfalls, said Marc Linit, associate dean for research and extension at CAFNR.

That means a change in culture. University researchers, used to receiving grants and then publishing their scientific results in journals for all to read and use, will have to change their thinking, he continued.  The emerging norm will see researchers leveraging their knowledge with venture capitalists and companies needing R&D to form partnerships that financially benefit the company, university and researchers involved.

One of the first models of this was just announced. It is based in research in MU’s Department of Biological Engineering, a joint effort by the College of Agriculture, Food and Natural Resources and the College of Engineering.

The University of Missouri System announced in February an Enterprise Investment Program of up to $200,000 to help start EternoGen. EIP is the System’s funding vehicle for Missouri high-tech startup companies.  The EIP also helped procure for EternoGen an additional $100,000 from Missouri IDEA Funds and $200,000 from Centennial Investors, a Columbia-based angel investment network. EternoGen is a medical-device company that produces a long-lasting biological collagen scaffold used as a soft-tissue filler.

UM System President Tim Wolfe said he expects EternoGen and another startup to “blossom into billion-dollar enterprises” and generate 175 jobs in mid-Missouri over the next five years.

Industry-Academic Collaboration From the Start

The company began with research by Sheila and David Grant. 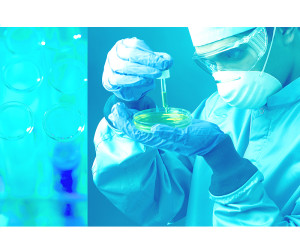 Sheila Grant is a professor in the Department of Biological Engineering with an emphasis in biomaterials. She is an expert in synthetic and organic tissue engineering. Her specific research interests involve developing nanostructured bio-composites, and her work addresses in-vivo analysis of tissue integration into novel bio-composites for soft tissue replacement as well as materials characterization of explanted biomaterials.

David Grant is a senior research design engineer in Biological Engineering and has more than 12 years of biomaterials research involvement, including developing bio-nanocomposite materials utilizing metallic nanoparticles conjugated to acellular tissue or type I collagen.

Rather than the traditional academic route of research, their ideas and results were directed to an MU-industry partnership designed to create a commercial product. If successful, all collaborators would benefit.

EternoGen originated first with the MU Biodesign and Innovation Program, a collaboration of MU’s School of Medicine and College of Engineering. As the technology developed, it was relocated to MU’s Life Science Incubator.

“It takes a team with multifunctional skills to achieve this objective,” said Jimenez. “Seek collaboration, share your knowledge, and allow your technologies to transform the world.”

The company is poised to enter the medical market. EternoGen uses nanotechnology and protein engineering to make a collagen skin filler. This dermatological and reconstructive product is being tested for use in burn treatment, combat wound treatment and orthopedic reconstruction, as well as cosmetic applications. This filler is designed to last longer than its predecessors. It also stimulates tissue regeneration and has antioxidant, anti-inflammatory and antimicrobial properties.

Scars and wrinkles are a $1.8 billion industry, Jimenez said.

The main drawback of current collagen soft tissue fillers is that they are decomposed by enzymes. This means implants have a limited effective duration. EternoGen hopes their new collagen matrix will reduce enzymatic degradation, increase fibroblast cellular interaction and improve tissue in-growth. EternoGen has a patent pending on this NanoScaffolding technology.

The union of academic research and product commercialization is fraught with complications, but two major policy developments are smoothing out the bumps in Missouri.

One development concerns changes to state legislation known as the Sunshine Law, or open records act. Sunshine laws require state agencies to make available government documents, information and records freely. Such laws have been interpreted to make detailed university research results open to all, also. These changes protect the privacy of proprietary information and intellectual property related to inventions conceived at universities, allowing creators to engage in product development and commercialization deals without having to disclose details to potential competitors. This change enables public university researchers to compete for investors and partners with their peers at private universities, who aren’t subject to Sunshine Law restrictions.

The second development allows students to keep ownership of intellectual property rights for inventions they develop on campus — a nearly unprecedented policy intended to attract and retain innovative students.

Investing in the Future

MU Chancellor Brady Deaton notes that the EIP is part of a larger collection of economic-development initiatives that have led to the Kauffman Foundation’s recognition of the UM System among the nation’s top commercialization universities.

Since fiscal year 2008, MU has filed 278 U.S. patents and signed 204 options and licenses for new technologies developed at Mizzou. This represents a six-fold increase in deals to commercialize faculty innovations compared to 2004-07. Companies that have licensed products invented by MU scientists have received about $1 billion in sales revenues.

“In spite of the challenge of our budget and state funding, you cannot look at this enterprise without being just terribly optimistic about the future,” Deaton said.

“Without this investment, our story might have been the usual story of a technology that is stuck between discovery and commercialization,” Jimenez said. “Instead, not only are we moving forward, but we have created enough momentum with this investment that we are beginning to attract other investors. Our ultimate goal is to build a research and development facility here in Missouri that will help us identify needs in health care and optimize our technology to address those needs. We would then partner with other companies to commercialize these innovations.”

Nick Franano, chief executive officer of Novita Therapeutics, LLC, and an EIP advisory panel member from Kansas City, added: “If this program continues to bring in such high-quality applicants, it will soon become a magnet for attracting national venture capitalists to the Midwest when looking for the next big thing.”

“Typically, if outside investors are going to provide substantial startup funding, they want to own 51 percent or more of the new company due to the high risk of early-stage companies,” said Mike Nichols, the System’s vice president for research and economic development. “Because of this, many of the new discoveries made by our faculty or students sit on the proverbial shelf. But with seed funding –  $100,000-$500,000 – enabling a company to provide a marketable proof of concept and a lower risk to potential investors, not only are investors more interested in providing funding, they also require less company ownership. With the university’s EIP funding, we serve as the catalyst to get those other investors interested in our startup companies like, for example, what is happening with EternoGen.

“Our willingness to invest in our faculty and student innovations makes their business even more attractive to outside investors,” Nichols said. “In addition, a portion of the money that we receive back in royalties or stock is placed back into our Enterprise Investment Program, so we can invest in other innovative ideas originating at the university. This is good for the students and faculty, allowing them to see their discoveries benefit the citizens of the state and nation. It’s good for their companies, giving them capital investment that is needed to get a foothold in the marketplace. And it’s great for the state as these new companies create new jobs and new taxable revenue streams. Everybody wins.”