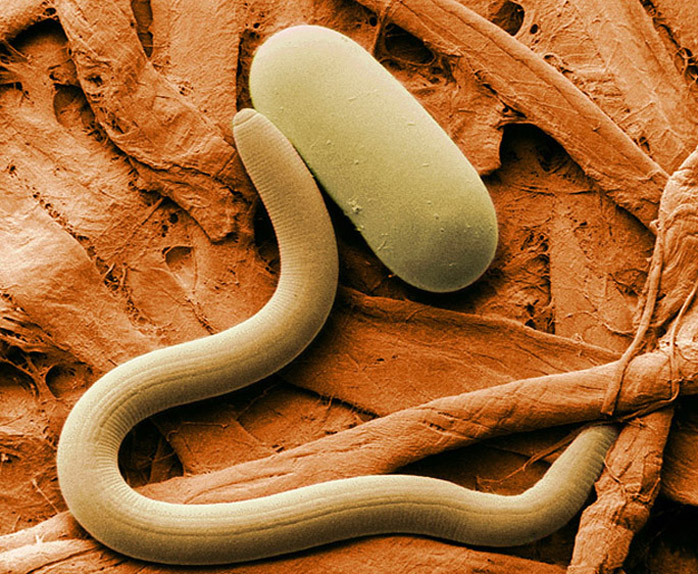 University of Missouri plant pathologist Melissa Mitchum and colleagues at Iowa State University and North Carolina State University recently received a $466,000 grant from the USDA’s National Institute of Food and Agriculture to continue their research on protecting soybeans from nematode parasites, which cause $1.3 billion annually in soybean crop losses in the U.S.

“While consumers may not realize the nematode could be a threat to their food supply, it is,” said Mitchum, an investigator at MU’s Bond Life Sciences Center and CAFNR’s Division of Plant Sciences. “The research in our lab is aimed directly at stopping the nematode, thus helping to avert increases in consumer prices and potential food shortages.”

Americans rarely see soybeans on their plates, but soybeans account for two-thirds of the world’s animal feed and more than half the edible oil consumed in the U.S., according to the United States Department of Agriculture (USDA).

Fighting a Problem on Several Fronts 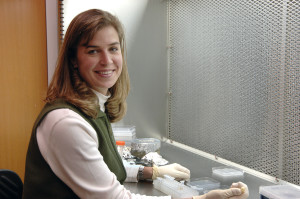 Mitchum’s research focuses on the biochemical interactions between soybean cyst nematodes (Heterodera glycines) and the soybean plants they eat. Her research wages war on nematodes on multiple fronts.

Mitchum’s lab also studies how the nematodes affect the soybeans’ internal movement of auxin, a growth hormone. A study by researchers in Mitchum’s lab found that nematodes’ effector proteins commandeer the plant’s own auxin for use in producing feeding structures for the parasites. 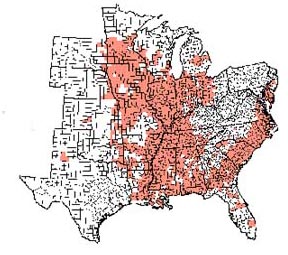 SCN distribution in the Midwest. Illustration courtesy of the University of California.

The primary strategy used by farmers to combat nematodes is to plant soybean varieties with natural genetic resistance to the parasites. However, widespread use of these soy varieties has led to nematodes becoming capable of bypassing this defense, which decreases the strategy’s effectiveness.

Mitchum hopes to unlock the secrets of the resistant plants for the benefit of farmers, thus translating into savings for everyone at the grocery store.

“Soybean oil is in a lot of food products and therefore a small reduction in its price could have a significant impact on the country’s overall food bill,” said Julian Binfield, assistant professor of agricultural economics at MU and market researcher with the Food and Agricultural Policy Research Institute. “Soybean oil also is used for biodiesel hence a reduction in its price would decrease the cost of fuel. Soybean meal is an important livestock feed. Cheaper feed could mean lower prices at the meat counter.”

Research that helps provide American consumers with abundant, affordable agricultural products was part of the goal of the Morrill Act when it established land grant universities like MU. This year marks the 150th anniversary of the passage of the Act.