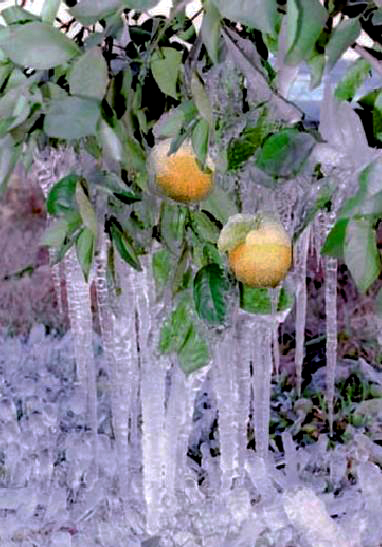 The Central Plains may be spared a repeat of the historic April 4-10, 2007 cold wave that disrupted agricultural production, says a University of Missouri climate researcher.  Millions of dollars in crop loss hit orchards, hay fields and newly sprouted corn.

Tony Lupo, chair of soil, environmental and atmospheric sciences at the College of Agriculture, Food and Natural Resources, said that while some of the same climate conditions that were present in 2007 are around in 2012, a few significant differences means there may not be another surprise cold wave.

Like 2012, the weeks leading up to April 2007 were unusually warm, causing many fruit trees, budding plants and commercial crops like wheat to emerge early.  Both years vacillated between La Niña and El Niño climate patterns, with a slight preference to La Niña that brings dry and warm temperatures to the central states.

In early April 2007, a pattern shift brought cold Arctic air southward into the central and eastern U.S. This record-breaking cold air brought record cold temperatures to parts of the central Plains and much of the Southeast.   The National Weather Service estimates that there were 1,237 broken low temperature records in the contiguous United States.

Temperatures in some locations dropped into the teens and lower 20s overnight with many hours of sub-freezing temperatures on multiple and subsequent days. As many as four to five nights of extremely cold temperatures coupled with sustained desiccating winds during the sub-freezing period made this event more harmful for plants and trees and brought extensive losses to agricultural interests.

“The cold snap of 2007 was simple,” Lupo relates. “We had a large region of colder than normal air being pent up in the arctic. Blocking developed in the east Pacific and pushed cold air into the continental North America. There was not a lot of time for the air to modify, so it brought temperatures well below freezing here.” 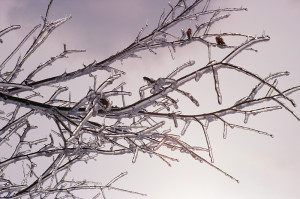 Lupo says there is a storehouse of arctic air in Alaska right now, but not as much as 2007. “The next few weeks will be critical.  I’m watching for an appearance of a Pacific blocking event. So far so good, we’re not seeing one yet.”  Lupo said he and his colleagues are keeping an eye on it.

“The message is, it is tempting to plant early,” Lupo points out. “Certainly the trees are being encouraged to bloom. But be prepared to cover up sensitive plants if the cold should come. Don’t plant until mid-April when the potential for freeze has passed.”

Lupo’s main field of study is a phenomenon called atmospheric blocking. Here, a large-scale weather pattern becomes nearly stationary, stopping or redirecting weather patterns behind it. These stationary patterns can bring prolonged snow or droughts to a specific area.