CAFNR folk have always worked together to solve some of the most important issues of the day. Willi Meyers is helping to take these partnerships global. 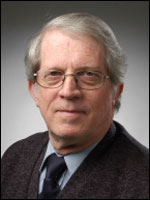 Meyers was named Director of CAFNR’s International Agriculture Programs last July. Since then he has spent time in Norway, Switzerland, Belgium, Italy, Serbia, Moldova and Ukraine – as well as at Land Grant International Program meetings in Washington, D.C., and San Francisco, and exploring educational partnership opportunities in Indonesia at their Embassy in D.C.

Meyers is an expert in policy analysis and international trade; he is the Howard Cowden Professor in the department of agricultural and applied economics, former co-director of the Food and Agricultural Policy Research Institute (FAPRI) and recently held the position of interim director of the Division of Applied Social Sciences. He has served as director, Agriculture and Economic Development Division of the Food and Agricultural Organization of the United Nations, visiting consultant at the World Bank, agricultural economist at the Economic Research Service of USDA, and has directed USAID-funded projects in Indonesia, Zambia, Ukraine, Jamaica and Honduras.

In his new position, Meyers works with faculty and staff to facilitate international opportunities, including securing external funding. His interest in international efforts grew out of years of voluntary service in Vietnam and work as a research fellow at the International Rice Research Institute. Meyers also earned his Master’s at the University of the Philippines.

Italy, Sebia, Moldova and the Ukraine

One of his most recent trips brought him to the University of Bologna (Italy), where he served as a Senior Fellow at the Institute for Advanced Studies, with additional visits to Serbia, Moldova and Ukraine. This focus on Europe is intentional, due to new countries seeking to join the European Union or, as is the case with Ukraine, becoming more important in grain markets, Meyers said. He is one of the leading scholars on the agricultural transition in the Baltic countries since the fall of the Soviet Union.

“My goal is to build relationships with other agencies or scientists to help us increase engagement internationally – increase the participation of our faculty in different initiatives,” he said. “It’s all about networking.” On this recent trip he met a faculty member who works closely with the CNH farm implement company, much like CAFNR’s agricultural systems management faculty work with U.S.-based companies, for example.

Also on this trip, Meyers presented lectures, co-authored a book chapter with Italian and Serbian colleagues, worked on an FAO paper on Europe and Central Asia, attended two professional conferences, visited the Food and Agriculture Organization (FAO) in Rome and the EU Food Safety Agency in Parma, and connected with former CAFNR Borlaug Fellows in the area – a combination of an academic and networking exchange.

“I love this kind of work,” he said. “Almost everything we do now is global. Agriculture itself is a global industry.”

Agriculture touches deeply on the broader issues of international development and hunger. Meyers explained that focusing on these global problems is important for our country – “it makes the world a more peaceful place to live.

“We have a lot of expertise in CAFNR on these issues and we have an obligation to expose our students to these issues,” Meyers said. Funding opportunities in international agriculture and food development also are increasing. 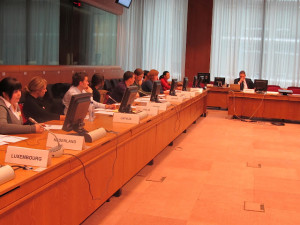 Meyers advocates encouraging CAFNR students (and providing the necessary resources) to take longer study trips internationally, including through Brown and Yeo Fellowships. In addition, Meyers’ office administers the Borlaug Fellows program (providing training and research opportunities to officials and academics from developing and middle-income countries in various disciplines), Memorandums of Understanding with international partners, and Cochran Fellowship training (bringing foreign officials from the food and agricultural industry to the U.S.). He has also recently set up a CAFNR committee for international research and exchanges, with faculty from each division.

Next month he will travel to South Africa with Jere Gilles, associate professor and director of graduate studies, rural sociology, to launch a new project funded by the Templeton Foundation and in cooperation with the Director of the Kwa-Zulu Natal Agricultural Union, who was a Cochrane Fellow at MU in 2010 – again showing the importance of networking.