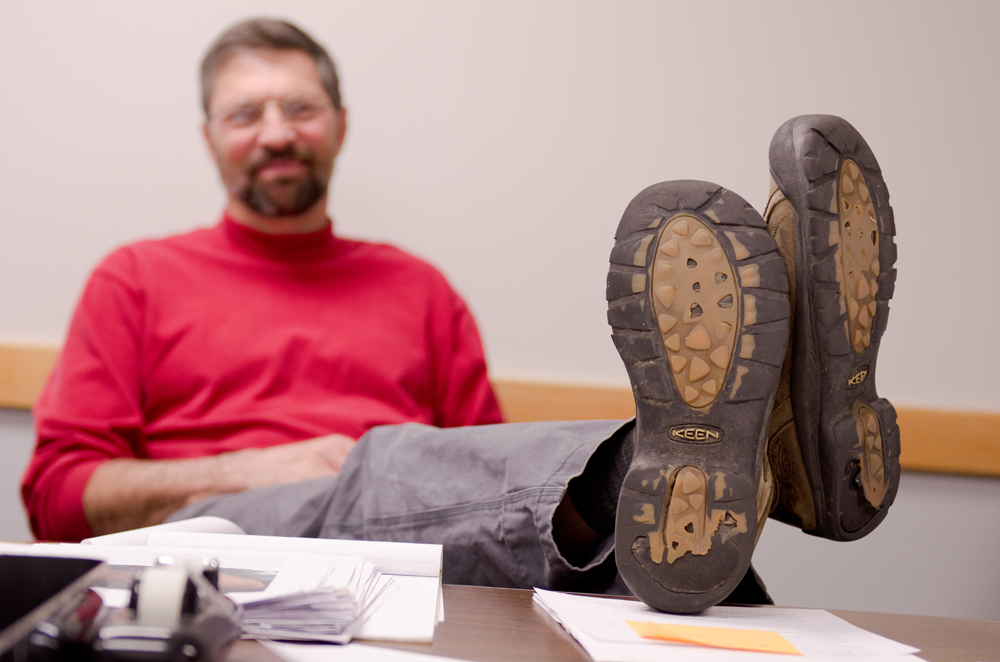 Among the 144 University of Missouri employees participating in the MU Healthy for Life Million Step Pedometer Program that rewards people for improving their health through walking, nobody comes close to the 19 million steps recorded by Bill Lamberson, professor of Physiological Genetics in CAFNR’s Animal Science Division.

Given the length of his stride, Lamberson has walked approximately 11,000 miles in the program. The greatest number of participants, 38, have walked two million steps. Twenty-three MU walkers hit five million steps, and there are three 10 million step walkers. An MU IT manager, Mary Lou Brown, is the second highest in number of strides after Lamberson at 11 million steps.

Eleven thousand miles is equivalent to walking westward from Columbia to the mountains of Tibet – more than half way around the world.  Lamberson has been in the program for about four years.

The Healthy for Life project is designed to help MU employees take better care of their health. In addition to the pedometer program and similar program for cyclists, it sponsors educational seminars, health fairs and screenings, self-directed incentive programs, weight, exercise, and stress management services.

The Pedometer Program, where participants wear a device that records their strides, is designed to improve cardiovascular health by getting people to walk. People who reach a million steps receive a T-shirt, certificate and refund for the $15 pedometer. Each additional million steps gets another prize. 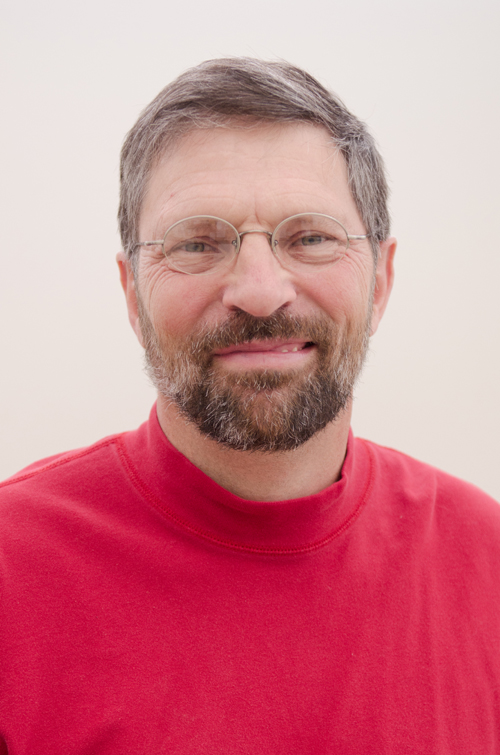 Lamberson teaches courses ranging from the introduction to animal sciences to graduate courses in statistical applications, quantitative genetics and mathematical modeling. He is recognized both as a Teaching Scholar in CAFNR and as a MU Wakonse Teaching Fellow. He has received CAFNR awards such as the Outstanding Teacher, the MU Gold Chalk Award as the outstanding graduate teacher of biological sciences and the Distinguished Teacher Award from the American Society of Animal Science. He also received the inaugural Outstanding Contributions Award for Directors of Graduate Studies.

He’s been an associate editor for Journal of Animal Science since 2003 and an ad hoc reviewer for the National Science Foundation, USDA Communications Resource Inc., and Wellcome Trust. Lamberson has been Director of Graduate Studies since 1993 and serves as interim director of the Division of Animal Science.

How does Lamberson walk so many miles? He said he has somewhat rearranged his life to make walking his primary mode of transport. He returned his MU parking pass and now walks to the Animal Science Research Center.  When he drives to the grocery store he parks as far away in the parking lot as possible.  He walks to meetings on campus and to the gym where he plays basketball.  He hits the Katy Trail for relaxation and stress abatement. According to his pedometer, he achieves about 17,000 steps a day.

“I’ve always been an active person,” he said.  “Keeping track has given me incentive to find new ways to add steps to my day.”

Lamberson said he hasn’t noticed a health gain as he has always been physically fit – he was an avid bicyclist before talking up walking.  “I think the walking is helping me most in weight management,” he said.

Lamberson walks even in cold or snowy weather, adapting his clothing to the conditions. “About the only thing I avoid is heavy rain,” he said.

How far does he intend to go? “I don’t think I’ll stop until I have gone the equivalent of walking around the world,” he said. “That goal is only about 20 million more steps away.”

Learn more about the university’s Pedometer Program at http://www.umsystem.edu/curators/wellness/physical_activity