Paul Tinlin says his organic chicken feed is “good enough to eat.” He bagged his first 10 tons of the stuff at a mill near St. Louis this week – a small step in his big venture involving a multi-state organic feed and food cooperative spanning a half million acres of soybeans, corn and wheat grown from Michigan to Missouri.

Just a few years ago, Tinlin, who farms near Springfield, Mo., built homes for a living. But as construction jobs dried up, he purchased land as an investment. A long-time friend and farmer encouraged him to start farming. He passed off the idea at first, but economic pressures and a desire to grow healthy food eventually changed his mind.

He started a vegetable and fruit farm five years ago and has farmed organically for the last three years on 100 acres outside of Springfield. While he’s been successful selling his produce to grocers, restaurants and at the farmers market, his entrepreneurial drive led him to look for new opportunities and he enrolled in CAFNR’s Entrepreneurship Project. 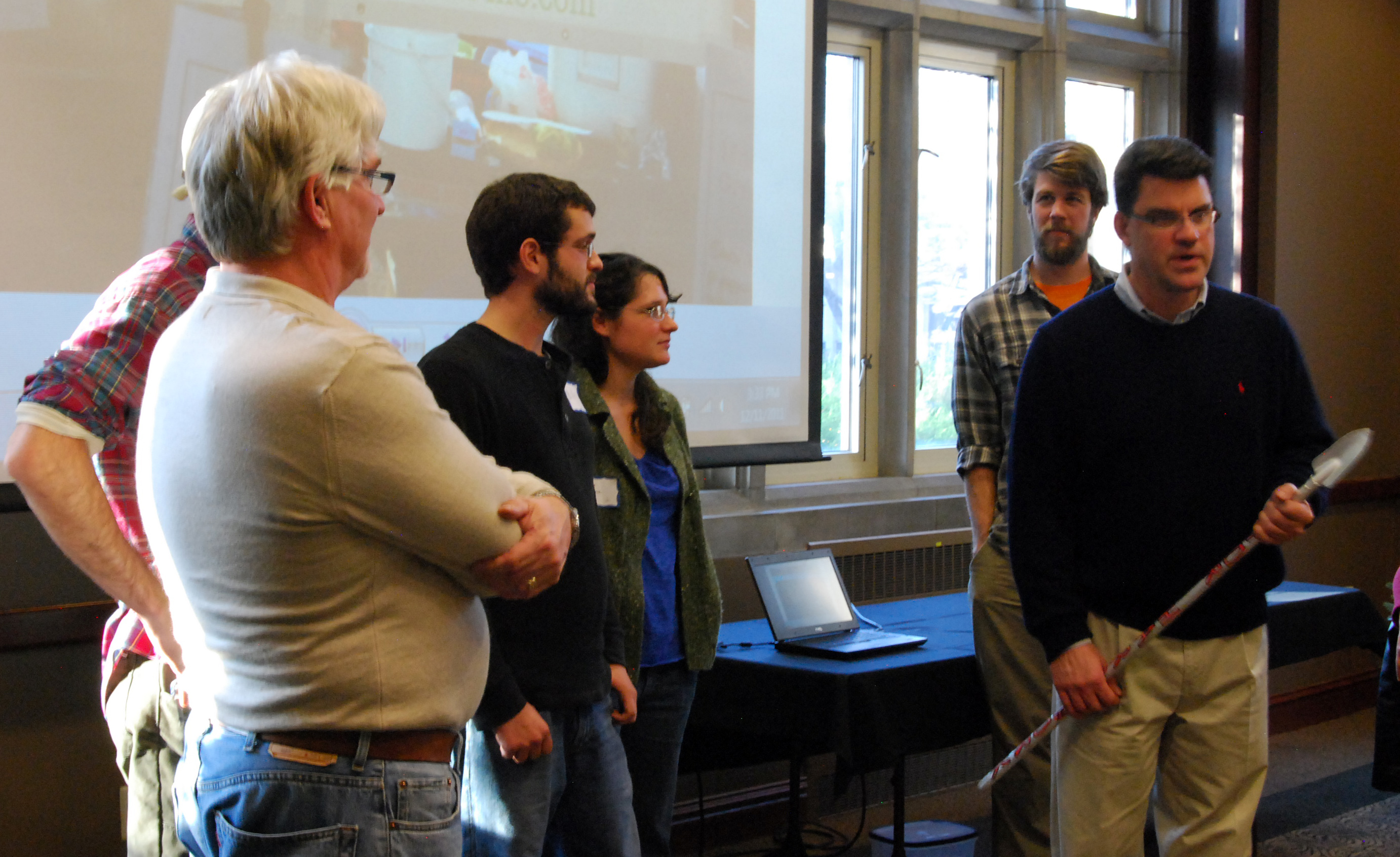 Charting a Course for Success

The program, led by Randy Westgren, professor of agricultural and applied economics and the McQuinn Chair for Entrepreneurial Leadership in the Division of Applied Social Sciences, and Peter Hofherr, CEO of St. James Winery, takes beginning farmers and ranchers through a four-module course that helps them transform their ideas into profitable ventures in production agriculture.

The course is intensive, requiring more than 100 hours of classroom and experiential education, centered on active learning, lively discourse among the group, and testing out new venture ideas with peers.

The diversity of the course topics is substantial, from economics of contracts and profit/loss statements to family enterprise structure and management, brand development and management and analyzing consumer behavior.

The only thing that isn’t explicitly covered, growing food, emerges often in discussions among the participants and on the multiple farm tours – three in Missouri and one out of state. Most participants come to the course with some experience growing vegetables, row crops or raising livestock, but few have more than a few years of experience farming and fewer still haven’t farmed “full-time.”

“It stimulated my entrepreneurial spirit in agriculture,” Tinlin said of the program.

Tinlin never considered getting involved in milling grain. Since completing the program, he purchased a mill in Springfield slated to start milling organic food grain this spring. He’s overseeing the marketing activities for the Midwest Organic Cooperative and just fired up an organic feed mill outside of St. Louis. His organic chicken feed debuts this weekend at the Illinois Specialty Growers Association Conference and Trade Showin Springfield, Ill. 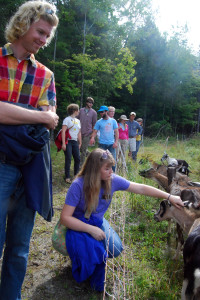 Tinlin hopes to use the university connections he made during the Entrepreneurship Project to draw student interns to his farm during the summer. “Networking is the key no matter what business you’re in – Randy (Westgren) and Peter (Hofherr) drove that point home,” Tinlin said. “The USDA program was very fortunate to have those guys to lead that program.”

More than half of the 63 graduates of the program recently came to Columbia to share stories of their venture projects and compare farming strategies. Carol and Ted Harrell traveled from Anabel, Mo., to reconnect with friends and deliver a new business plan to Westgren for review. They’ve had to reevaluate their original business plan after they lost most of their farm to fire last year.

The networks that have started both within and among all three cohorts is one of the greatest strengths of the program said Jill Lucht, project coordinator.

A causal conversation between Liberty Hunter of the Salad Garden and Daniel Soetaert from the Columbia Center for Urban Agriculture on their way to a winery in California has led to a strong partnership of Entrepreneurship Project graduates in mid-Missouri. They gather monthly for camaraderie and occasionally to help each other with garlic planting, raising a high tunnel or processing a pig. The group includes members of all three cohorts and they’ve invited other area farmers to join them as well.

“When we get together we’re doing something that was commonplace long ago – neighbors helping one another,” said Liz Graznak of Happy Hollow Farm.

Planning for the Future

In addition to helping aspiring farmers and ranchers bolster their business acumen, the project addresses an important national issue — the average age of farmers, currently at 57, keeps going up. But getting started in farming has, and continues to be, no small task. According to USDA data, only 22 percent of beginning farmers realize a profit their first year. But Entrepreneurship Project graduates, equipped with the knowledge they acquired, networks they built and expertly reviewed business plans, are well positioned for success. 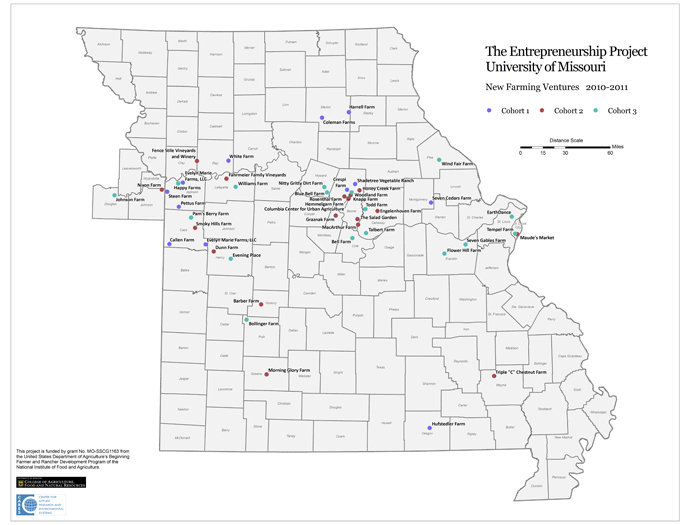 Westgren said the group was one of the most exciting he’s worked with in 34 years of teaching;  he is truly inspired by their value-laden ventures.