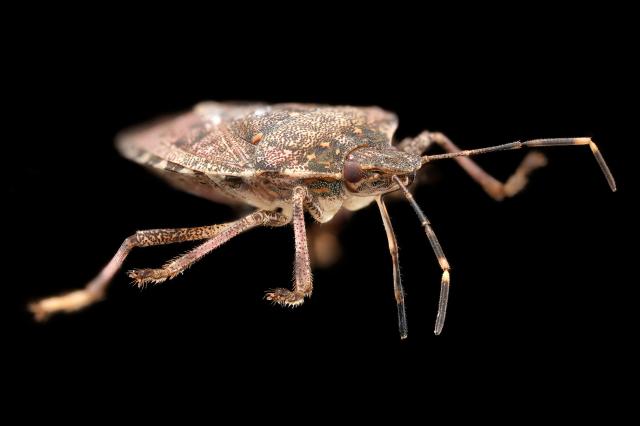 A new stinkier stinkbug may hitchhike into Missouri this year to destroy crops and upset homeowners, says a University of Missouri entomologist.

The brown marmorated stink bug, a pest found in 33 states mostly to the east and south, will likely be found for the first time this year in Missouri, says Wayne Bailey of the MU Plant Sciences Division.

Dead specimens were found in Columbia in a stored travel trailer from the East Coast. Live stink bugs were found at the end of the growing season at an Interstate-70 rest stop near Kansas City, Kan.

However, homeowners may be the first to detect the pest, Bailey says. It invades homes, as well as injuring crops.

“A crushed marmorated stink bug can be quite repugnant,” Bailey said. “The smell makes some people sick and some have had to vacate their homes for a few hours.

“The stink bug invasion might make ladybug home intrusions seem like nothing,” he adds. Like the ladybug, the stink bug enters homes in large numbers seeking over-wintering sites. Stink bugs are winter hardy. However, they seek warm place to live.” 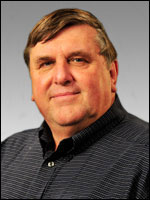 First found in Pennsylvaniain 1998, the pest has spread slowly. Starting in the Mid-Atlantic States, stink bugs are now working their way through the Midwest.

The stink bug probably came in cargo from China or a neighboring country, Bailey says. It travels as a stowaway. 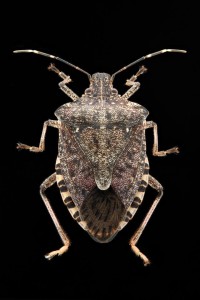 An Appetite for Corn and Soybeans

The new stink bug has become a problem for truck farms and orchards. As it moved west it gained an appetite for corn and soybeans.

The marmorated stink bug joins local stink bugs that already attack crops. “It is a juice-sucking insect that heads for the developing fruit or pods,” Bailey said. “It can shrivel all of the kernels on an ear of corn. Heaviest crop damage has been on soybeans, a concern to Missouri farmers.”

All stink bugs are difficult to control with pesticides, Bailey says. They don’t eat foliage, but pierce the plant to suck juices.

The new pest has proven more resistant to control. However, more insecticides are becoming available for use on the various host crops, Bailey adds.

Truck farmers have found that insect netting offers one method of control on fruits and vegetables.

Looking for a Biological Control

Researchers at the U.S. Department of Agriculture are working on finding biological controls. “The most likely control will be from wasps that attack the eggs,” Bailey says.

In the United States, the pest has not been as prolific as in China. There it has five or six generations in a crop season. Here, the pest has one generation a year. It is not a prolific egg layer.

The adult insect grows to about three-fourths of an inch in length. The shield-shaped body has alternating black and white triangles on the back edge of the wings. White bands are shown on the pair of long antennae and the hind legs. The distinguishing feature is a white underbelly. Common stink bugs have brown or green undersides, Bailey says.

When disturbed, the bug emits a powerful odor. “If one is attacked, the other stink bugs around it emit the defensive odor. Inside a house, that odor can be repulsive,” Bailey says.

For crop farmers, the new insect will require weekly scouting of fields. As pod feeders, stink bugs can be quite destructive, Bailey adds.