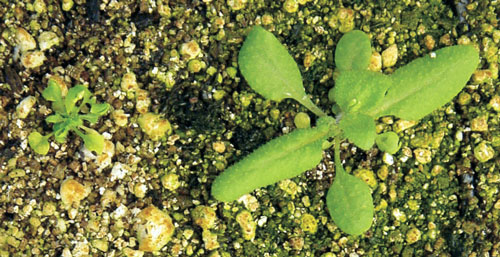 Researchers at the University of Missouri have found a key process in a plant’s immune system response that may help future crops fight off dangerous diseases.

“We study how Arabidopsis, a common weed related to the mustard plant, fends off infectious agents,” said Walter Gassmann, professor of plant sciences and researcher for the Christopher S. Bond Life Sciences Center and Interdisciplinary Plant Group. “We have discovered that a protein within the plant known as Enhanced Disease Susceptibility 1 (EDS1) not only plays a key role in the plant’s defense but also contributes to the direct recognition of disease agents. Arabidopsis has a widely known genetic structure, and its bacterial pathogens share many tactics with other pathogens such as fungal rusts and mildews. So, if we can translate Arabidopsis’ immune response to other plants, we could eventually help crops, such as soybeans, resist devastating infections.” 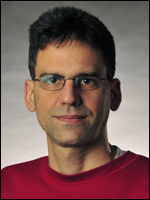 Gassmann compares plant and pathogen interactions to warfare. For example, bacterial speck targets “communication hubs” of the plant immune system to suppress the plant’s immune system response long enough to invade and cause disease in tomato and Arabidopsis plant tissue. The present study identified EDS1 as one such hub under attack. Meanwhile, in resistant plants, immune receptors that act as sentinels guarding EDS1 detect the invader’s attack and trigger an alarm that leads to a vigorous plant defense response. Gassmann believes that further studies on EDS1 and its sentinels could determine how to add the alarm response to plants missing the protein or amplify the response in plants that have the protein.

“Farmers know that deploying plants with single sentinels, which commonly only detect a single specific attack strategy, only leads to a boom and bust cycle for disease resistant crop plants,” Gassmann said. “Farmers are now to the point where in a crop they must stagger multiple sentinels against each pathogen in order to keep plant diseases from spreading. If we can identify the actual targets in the plant, like EDS1, and manipulate these genes in key crops, we could extend the planting cycles for a longer period of time. We’re still a long way from application in the field; however, this addition could ultimately produce more food.”

While genetically modified plants still cause controversy, Gassmann believes that assisting plants with disease resistance derived from nature is better than the use of fungicides. Gassmann also studies how grape production could be improved by using genes from the Missouri Norton grape, which resists powdery mildew, in an effort to alleviate chemical use.

“If we understand the deeper level of plant immunity, we can develop a smarter way of breeding plants that are generally resistant to devastating diseases,” Gassmann said.

Gassmann’s paper, “Pathogen effectors target Arabidopsis EDS1 and alter its interactions with immune regulators,” has been accepted by the journal Science. Co-authors at the University of Missouri include post-doctoral researchers Saikat Bhattacharjee and Sang Hee Kim, who has since moved to Indiana University, and undergraduate researcher Morgan Halane from Sedalia, Mo. The study was funded by the National Science Foundation.