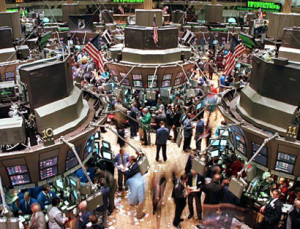 The honor of ringing the opening bell celebrates the 75th anniversary of the founding of Women in Insurance and Financial Services (WIFS), an organization created to attract, develop and advance the success of women in the financial services industry.

Combs is a member of its National and Local Board of Directors.  There are more than 1,200 WIFS members in 30 cities.

Similar to school bells that define the school day, the New York Stock Exchange’s opening and closing bells mark the beginning and the end of each trading day.  A common sight today is the highly publicized events in which a celebrity or executive from a corporation stands behind the NYSE podium and pushes the button that signals the bells to ring. Many consider the act of ringing the bells to be a symbol of a lifetime of achievement. 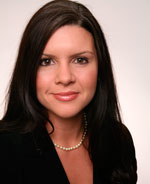 After obtaining her MU degree, Combs began her career in the hospitality field as an Event Coordinator for Vail Resorts. She later returned to Mizzou to serve as Event Manager for clients such as Sesame Street Live, Destiny’s Child, Kenny Rogers, Bob Dylan and the University of Missouri Athletic Department.

In 2001, Combs relocated to New York City where she joined the publicly traded payroll firm Paychex as the Worker’s Compensation expert. She quickly became the leading sales person in her region and was tapped to revamp the Kansas City office. Having acquired a love for New York, Combs returned to the city to become the Special Advisor to Employee Benefits at the DeWitt Stern Group, the leading entertainment broker in the United States.

In 2005, Combs formed Combs and Company, a full service insurance brokerage firm, specializing in life, health, and property and casualty. Her company is licensed with more than 20 life and health insurance carriers and 40 property and casualty carriers. Combs also teaches an insurance class in the Entrepreneurship Series at LaGuardia Community College in Queens.

Combs was honored with the 2011 Regional Mizzou G.O.L.D. award. This achievement, given by the Mizzou Alumni Association, honors graduates of the last 10 years who have donated laudable time and talents on behalf of Mizzou.  She serves as chair of the MizzouNYC Chapter Athletics Committee, organizing the young professional football and softball teams, which regularly make the playoffs and win money for the chapter’s scholarship fund.

Combs has also been instrumental in the coordination of several other chapter activities including the MizzouNYC bake sale, Big 12 Baseball Outing and Central Park Picnic.

You can see the honorary bell ringing live online beginning at 9:29 a.m. EST at http://www.nyse.com/attachment/liveflashbell.htm or live on television through CNBC or Fox Business Network.