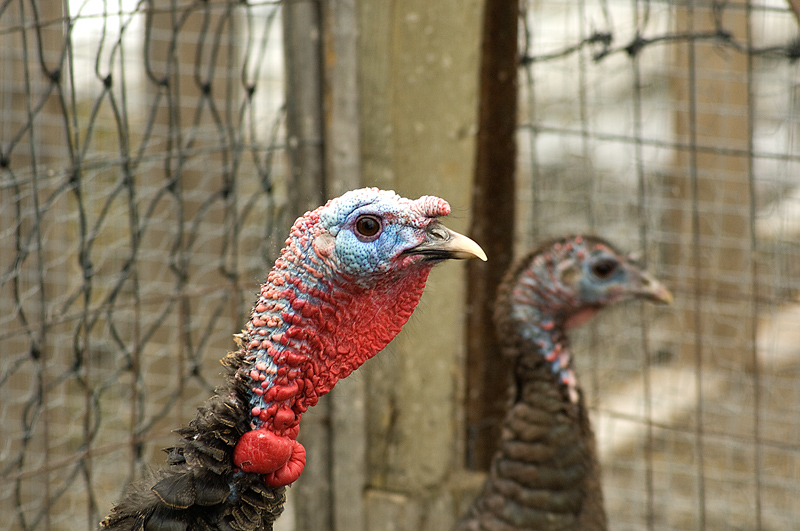 Jeff Firman, a professor of poultry production and nutrition at the University of Missouri College of Agriculture, Food and Natural Resources, has developed a new turkey diet that can save producers $13-25 per ton.  That’s a lot of scratch – almost 15 billion pounds of chow go to fatten the birds each year.

That could have a big impact on a little known but important part of Missouri agriculture.  The state is the nation’s fourth largest producer with 21.5 million turkeys, about 10 percent of total US production, heading for ovens and sandwiches annually.  Missouri is also home to a substantial turkey hatching egg industry. There are two turkey slaughter plants in Missouri and six broiler chicken processing plants located in southwest, southeast and central Missouri, employing thousands of people. 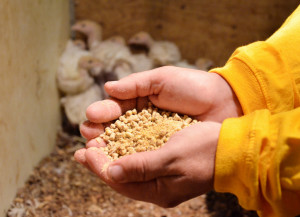 Turkey feed is blended by the producer from established formulas based on the nutritional needs of the birds from hatchlings to adult.

Rising commodity and energy costs have hurt profit margins for all farmers, but it’s been especially tough on turkey producers.

Depending on the age of the bird, turkey feed is 70 percent of the cost of production.  The corn and soybeans used in turkey feed have increased by one-third or more in price recently.  Trucking turkeys to market has gotten more expensive, too, due to high diesel prices.

While such increases have boosted production costs of white meat and giblets, retail price pressure isn’t letting producers pass much to the consumer.  Turkey eaters have reacted to price increases of almost eight percent over 2009 by eating more holiday ham and Thanksgiving pizza.

According to the US Department of Agriculture, turkey output dropped from 5,663 billion pounds in 2009 to 5,587 billion pounds last year, about a one percent reduction. Stocks of frozen whole birds also fell.  Between September and October of last year, six percent fewer turkeys found themselves in freezers.

Grocers have tried to keep turkey prices low, even selling the birds below cost to attract holiday customers who load shopping cars with other goodies.  With little opportunity to increase prices, producers have to eat higher costs to remain competitive.

In response, the turkey food industry now processes more meat into TV dinners, turkey ham and breasts, but this is only keeping pace with the decrease in holiday whole bird consumption.  Annual consumption per capita has remained flat-lined for 30 years – about 16 pounds in some form, including Spam Turkey. 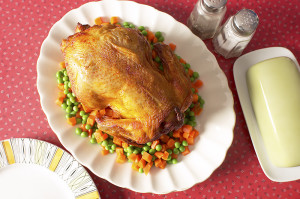 Sales of whole birds have slowed due to retail price pressure.

Firman’s MU research seeks to rescue the turkey industry from economic downdrafts through increased efficiencies.  “This will ultimately serve the public through reduced costs for a low-fat protein source,” he said.

“Cost reduction is a critical concern in the industry,” Firman said. “Seventy percent of live production costs are related to feed.  High feed costs pose long-term problems to the industry and make it difficult to maintain a competitive edge against other sources of protein like pork and chicken.”

To attack feed costs, Firman studied the relationship between protein and the energy nutrition requirements of the growing turkey, specifically how a more precise addition of amino acids can decrease the need of corn and soybean meal. 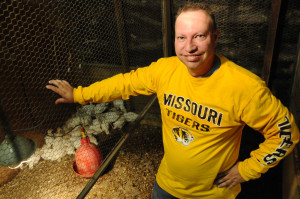 Don’t worry, the turkeys aren’t going hungry.   They still get the same ration of feed.  Now, more of it can be made of less expensive grains rather than the more expensive proteins.

Firman started his research almost twenty years ago and his new diet, now being looked at by producers, is almost perfectly timed.  “Costs were a big deal to producers when corn was $2 a bushel,” he said.  “Today, corn is $7.50 a bushel.  Will corn prices ever come down?  I wouldn’t bet on it.”

There’s been remarkably little research in the last three decades to improve turkey feed, Firman discovered.  He found only one citation in the National Research Council’s Nutrient Requirements of Poultry publications.

Firman is one of the few researchers left studying turkey nutrition.  Ag colleges around the country have let their programs stumble into extinction and industry R&D operations have folded their wings. 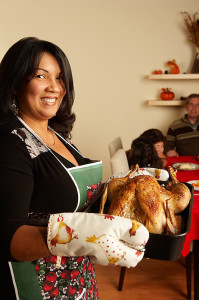 That made the work remarkably hard at times.   Firman found little science on amino acid digestibility. His second obstacle was that few animal nutrition experts for the past 30 years have tried to formulate a diet with extremely low intact crude protein. This substance must be present if amino acids are to be titrated to the exact levels needed to create an ideal protein.

Firman, now almost alone in the field, trudged through the basic research in digestible amino acids.  He finally calculated what looked like the exact amount needed for maximum growth, but without the excess amino acids currently being fed due to the poor knowledge about the nutritional needs of turkeys.  His prototype feed was taste tested on 800 birds at one of CAFNR’s research stations that met their weight gain and health targets.

The research made another, possibly significant, discovery.  It showed that digestibility differs between the chicken and turkey.  Previously, it was assumed they were similar.  This finding may help other poultry nutrition scientists develop even more efficient feeds in the larger chicken industry.

>>Listen to the audio feature