The association aims to recognize the outstanding achievements of faculty and alumni with their awards. Some of the awards are given to assistant, associate and full professors based on their work as teachers, researchers and administrators while other awards are given to alumni, such as Turner, based on their “accomplishments in professional life and service to their alma mater.” 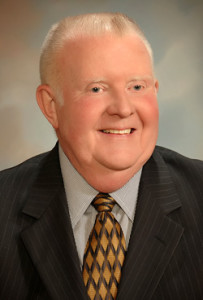 Turner’s remarkable professional career includes working as a state-certified appraiser in the real estate business for more than 30 years. Additionally, he has served in numerous leadership positions including vice president of the Missouri State Fair Foundation in 2009, president of Chillicothe Industrial Development, Inc. in 1993, and president of the Chillicothe Chamber of Commerce in 1980. He served on both the Missouri and the National Association of Realtors. He is also the former campaign chairman and chief of staff for the late Congressman Jerry Litton and is currently vice president for the Jerry Litton Family Memorial Foundation.

Turner is a member of the Jefferson Club Fellow and Legacy Society. He is also a Charter Member of CAFNR’s Monticello Society and a Life Member of the Mizzou Alumni Association.

Previous honors Turner has received include the Gordon Warren Land Grant Award from University of Missouri Extension in 2001, a Citation of Merit from the College of Agriculture, Food and Natural Resources in 1997, the Outstanding Member Award from the Chillicothe Chamber of Commerce in 1987, the Mizzou Alumni Association’s Faculty-Alumni Award in 1991, a Greyer Award for Public Service to Higher Education in 2008 and the Director’s Award for outstanding service from the Missouri 4-H program in 1989.

He and his wife of 45 years, Lois, live in Chillicothe, Mo. They have one child, Eric, BS Ag ’93, and four grandchildren, Seanacie, BS F&W ’09, Savannah, Kelton and Edison.