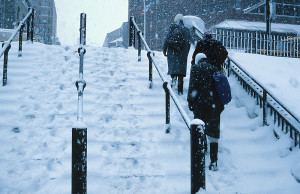 Brrrrr. It's coming back.

If you lived in the Midwest and remember last year’s long and difficult winter, get ready for a repeat performance, says a University of Missouri atmospheric science researcher.

Tony Lupo, department chair and professor of atmospheric science in the School of Natural Resources, said the same La Niña, jet stream and atmospheric blocking patterns that brought heavy snows and below normal temperatures to the central states will probably remain in place for the winter of 2011-2012.

For the Midwest, the winter of 2010-2011 was one of the coldest winters in 30 years, Lupo said. Temperatures were also well below normal for Chicago and Minneapolis, and even New Orleans got chilled. Eastern states plunged to a record -50F with the Northeast also seeing records broken. 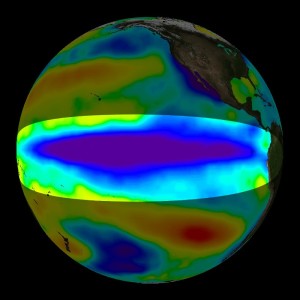 The primary culprit of these extremes was a strong La Niña, Lupo continued. La Niña cools the equatorial seas of the Pacific and influences global weather patterns.  Less warm air rises during La Niña periods, which cools the atmosphere. The 2010-2011 La Niña was one of the strongest on record, Lupo said.

The warmer than usual sea temperature around the Gulf of Alaska will influence the upper level winds in such a way to steer more storms into the US.  The increased moisture produced by these warmer waters will also boost the probability of more precipitation, Lupo stated.

Compounding the Gulf of Alaska’s and La Niña’s impact will be another period of low solar activity.  This is a primary driver of weather system movement and influences something called atmospheric blocking, a little-known weather phenomenon that Lupo researches.  Low solar activity will mean more blocking events.  In fact, Lupo said, 2011-2012 could be a “blockfest.”

Blocking occurs when a powerful high-pressure system gets stuck in one place because low heating of the earth slows wind patterns that move the system. As this motionless weather system tends to cover a large area, following pressure areas tend to grind to a halt behind them, much like cars stopping behind a stalled car on the freeway.

Only about 20-40 blocking events occur globally each year, making them a rare weather event, Lupo remarked. The greatest frequency occurs over Siberia, east of the Urals. In America, the coldest and snowiest winters on record are usually due to blocking. 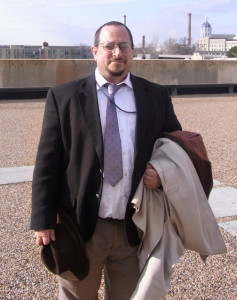 Blocking events trigger dangerous conditions when tied to a strong storm, Lupo said. Last winter in the central states, snow events were slowed or parked over the Midwest for several days, dumping large amounts of snow on one area.  Last year, a blocked system over Greenland stalled a snowstorm over Missouri that dumped 18 inches of snow on the central part of the state.  Blocking looks to be the culprit this past summer when persistent dry skies brought drought conditions to Texas and Oklahoma.

Lupo is a principal investigator for a global team that investigates planetary-scale blocking.  Lupo and his MU team are partnering with Russian meteorologists to better understand and predict the phenomenon. He has been studying blocking for more than 20 years and has authored 34 scientific papers on factors that influence large-scale weather patterns.

Current weather forecast models are of little help in predicting blocking events, even a day or two in advance, much less the 30 days of advance warning that forecasters would like to provide. Lupo hopes his research will add clues that would help fellow forecasters better predict blocking.  Lupo is a member of the Intergovernmental Panel on Climate Change which shared the Nobel Peace Prize with Al Gore in October 2007.