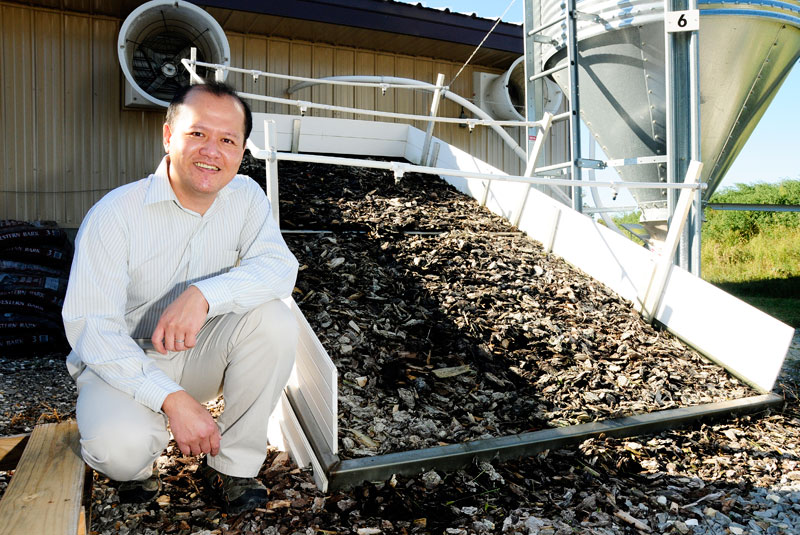 Some call it the smell of money, but Teng Teeh Lim thinks that smell does not have to be so bad.

The Extension assistant professor in the CAFNR Division of Food Systems and Bioengineering wants to give large, concentrated animal operations an economical way to lessen those troubling smells.

Lim recently received a $50,000 Mizzou Advantage grant to develop a computer model that allows large producers to use the size and other simple information about their swine or dairy farm to give them a better idea of the amount of emissions and what they can do to address odor or emission issues.

“Measurement of emissions in the field can be very costly, very tedious to conduct and requires such hard work, set up and equipment maintenance for forever changing pollutants and exhaust from such facilities,” Lim said. “A lot of the information we collect in the field aren’t readily available from average producers, so it becomes a give-and-take thing to create a model that uses only a few key variables that most people can understand and use while only losing some precision.”

One solution lies in Lim’s research on biofilters.

Biofilters – materials like wood chips that support microbial colonies – filter out and break down compounds that create those pungent odors.

“You’re providing an environment for microbes to happily live in and multiply by using the exhaust stream – the odors, the dust, different gases – as nutrients to supply to their own population,” Lim said.

Biofilters have existed for decades, but Lim wants to make them cheaper and more accessible to producers. Lim’s biofilter work builds on years of research to improve air quality and builds on the experience of colleagues across the country.

“There are all kinds of fine details – material selection and composition, filter size, positioning, moisture control – that, when you put them together, becomes an art, especially to do inexpensively,” he said.

Lim’s models use on-the-ground measurements of emissions – such as dust, ammonia and hydrogen sulfides – collected during a two-year study of poultry, swine and dairy farms spearheaded by Purdue University. The hope is that in the near future a large producer can spend his money more efficiently to mitigate smell without the cost of on-the-ground emission measurement.

By attaching a correctly sized, small-scale biofilter to the ventilation system on a hog, dairy or poultry farm, up to 45 percent of the emissions can be reduced from the facility. Compounds like dust and ammonia create the strong odors in poultry farms while swine facilities emit more hydrogen sulfide in its smell, and different microbes will thrive in the same wood chips to consume whichever compounds are most prevalent.

Two Sides of a Coin

Concentrated animal feeding operations (CAFOs) can act as a double-edged sword. A new facility can rejuvenate struggling rural economies with much needed jobs and tax revenue, but often lawsuits result from the potential subsequent odor problems, which can hurt property values and quality of life for its neighbors.

The economic value of CAFOs to Missouri remains high. A 2011 study funded by MU College of Agriculture, Food and Natural Resource’s Commercial Agriculture Program found that the economic benefit in northwest Missouri totaled about $1.1 billion each year for the region.

Yet, in 2010, a jury awarded one northwest Missouri group of landowners $11 million in a lawsuit against one CAFO, when they ruled that the smell and flies from the facility harmed their quality of life. In spring 2011, the Missouri State General Assembly passed a bill that would limit the monetary award for so-called “nuisance lawsuits” to the value of a person’s property, which Gov. Jay Nixon signed into law in May.

Talk of further federal regulation also makes it prudent for CAFOs to be proactive in managing their emissions to improve air quality. The Environmental Protection Agency is conducting similar studies to understand overall emissions from farm facilities with a distant eye on future rules. 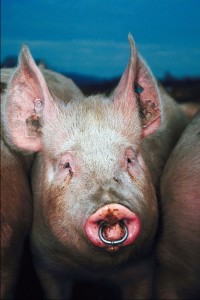 Missouri is a major producer of swine and swine products.

While there’s still some way to go in perfecting biofilters and bringing the price down, investing a few thousands to a few hundreds of thousands of dollars to implement a biofilter system in an operation pales in comparison to what lawsuits can cost a company.

“When a producer is more proactive it gives the impression that he’s being responsible and a good neighbor,” Lim said. “We’ve already learned so much but we want to further carry on and refine biofilters to be more specific and drive down the cost and maintenance so more people can use this technology.

The computer model will be available to use online later this fall. For more information, contact Lim at limt@missouri.edu.