tap to close
The Mississippi River region that was flooded when the Army Corps of Engineers blew a two-mile hole on the 35-mile-long Bird’s Point-New Madrid floodway is too economically important not to restore to agricultural use, said a University of Missouri professor who conducts soil and crop research in the area.
The floodway, which follows the Mississippi River through two Missouri counties, is in one of the most productive cropland regions in the world, said Gene Stevens, professor in the MU College of Agriculture, Food and Natural Resources. The land produces nearly $100 million annually of corn, soybeans, wheat, cotton and rice for domestic consumption and export, according to a report in the Wall Street Journal. 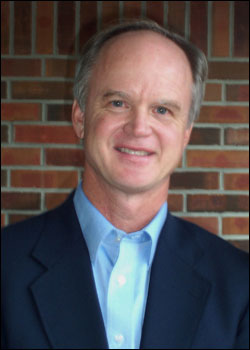 “People know Missouri is an agricultural state, but they don’t know how much is grown and sold from just two counties,” Stevens said. “In 2010, the highest average wheat yield for Missouri, at 62 bushels per acre, was in Mississippi County. The five-year average corn yield there was 170 bushels per acre. New Madrid County corn yields are second in the state.”

Mississippi County alone recently produced 9,381,000 bushels of corn and 6,287,000 bushels of soybeans, Stevens continued. “New Madrid County produced 11,300,000 bushels of corn, 676,000 bushels of wheat, 140,000 bales of cotton and 1,535 hundredweight of rice, according to the National Agricultural Statistics Service crop production data. These commodities not only feed Americans, but are a critical element in helping the U.S. manage its trade gap.”

Stevens pointed out that not returning these areas to farmland will have a significant economic impact on Missouri. “The counties bordering the Mississippi and Missouri rivers account for almost 60 percent of the state’s corn and more than 52 percent of soybean production,” he said. “Delta counties along the Mississippi River accounted for all of the state’s cotton and rice production.”

Restoring the area will be important for the region’s economy, too, as it is heavily based on crop production. “Most of the businesses in Mississippi and New Madrid counties are connected in some way to agriculture,” Stevens said. “Crops grown there provide direct income for the farmers and employees, but there is also the ‘roll-over’ effect of each dollar in the local economy. Take away agriculture and the economy of the region will diminish. There isn’t an insurance agency, car dealership, grocery store or other business that hasn’t been immediately impacted already. There will be a cost to rebuild the levees and restore the soil, but compare that to how much it will cost to support more unemployed people.”

A Research Center Near the Devastation 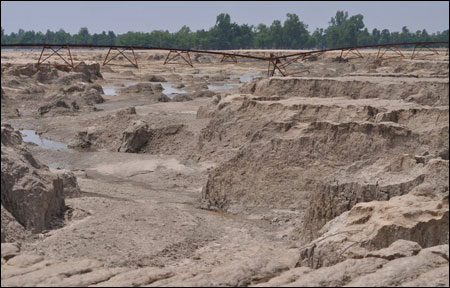 Stevens conducts crop production research at MU’s Delta Research Center in Portageville, Mo. The center is located in the upper Mississippi River Delta region and is the headquarters for experiments with rice, cotton, soybean, corn, sorghum and wheat. The center is also investigating how bioenergy crops, such as sweet sorghum for biofuel and renewable tree crops, can be introduced into flood-prone areas to enhance the nation’s energy and export needs.

Stevens helped develop a new tillage method that reduces the need for added fertilizer, a method that can reduce excess nitrogen flowing downstream – creating the so-called fish “dead zones” in the Gulf of Mexico. He has also developed a crop management software package, Nitromx, to optimize fertilizer application decisions.

Stevens and his research team share practical techniques with farmers to make better fertilizer decisions in rice and cotton production, too. He points out that rice fields along the river are important food and habitat sources for winter migratory birds on the Mississippi Flyway.

Stevens said that some restoration work is occurring already as farmers try to work around sand deposits and gouges created by erosion. 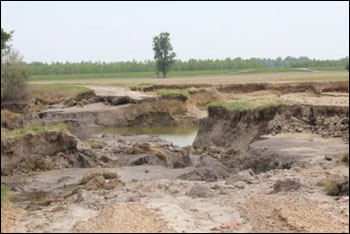 “In areas where the flood water has drained, farmers are already doing land work trying the get the fields ready to plant this season,” he said. “They are taking a big chance. Currently, no one knows when, or even if, the levee will be repaired. Crops planted this year could go under water if the Mississippi River rises again. Most farmers can’t survive unless they can make credible plans based on a good idea of what to expect. This is an immense leap of faith.”

Stevens said that photos cannot convey the devastation of the flooding. The most severe scouring and topsoil erosion was at O’Bryan’s Ridge with extensive six- to 30-foot deep cuts in what used to be farm fields, Stevens said.

“A person has to be there to get the full surreal impact,” he stated. “In the large scoured areas, I felt like I was standing on the moon or Mars. Strange rows of evenly spaced polygons of soil were left in some fields. I stepped from the top of one to the next being careful not to slip and risk breaking a leg. What human and economic impact do you expect from something like that in the next decade?”

The torrent unleashed by the Army Corps of Engineers flooded about 134,000 acres which produces nearly $100 million in crops per year, said Stevens. Initially, the floodway was covered in deep water. Much of the water in the northern part of the floodway, except near the blown levees, has receded, leaving holes and gullies. In the south part, thick layers of sand have been deposited on the fields.

Restoring the Soil is a Key

Removing the sand and restoring the quality of the soil, which Stevens said was among the best in the world before the flooding, will be the next big challenge.

Stevens said that soil organic matter is important for supplying water to crop roots during low rainfall periods. Rebuilding soil organic matter is a slow process that requires several cropping years. To compensate for nutrient loss, farmers will have to increase their normal fertilizer application rates to regain crop productivity. In other places in the floodway, particularly in the south, soil deposition occurred.

“The long-term impact from this event will be positive for the very few farmers who were lucky enough to get loamy soil material settle over their fields,” Stevens said. “But less fortunate farmers have deep sand and gravel layers deposits on their previously productive fields. Unless the sand and gravel is removed or buried with massive tillage equipment, crops in these fields will be prone to wither quickly from water stress.”

What Happens Next is Important

Stevens cautions that Americans far removed from agriculture need to pay attention on what happens next in the Delta region along the Mississippi River.

“Most Americans don’t understand how fortunate we are to have great soils and climate for producing high yields,” Stevens said. “Much of the world population barely gets enough to eat. Through our exports, we help the poor to eat and survive. The United States is to food production what the Middle East is to oil production.”

Stevens pointed out that any increase in commodity prices has worldwide impact. “To a poor family in a foreign country who earns $8 per day, it means less food can be purchased,” he said. “When we blow levees, build subdivisions or pave parking lots on our prime farm land, somewhere in the world a farmer is planting more acres of less productive land to make up the difference. Consider to what lengths a person in a developing country will do feed his or her family. No endangered species is safe. Wars happen over food shortages.”