Jill Findeis, Distinguished Professor of Agricultural, Environmental and Regional Economics and Demography at Penn State University, has been named Director for the MU Division of Applied Social Sciences effective Aug. 15. She replaces Mike Nolan who retired after 40 years of service to the University. 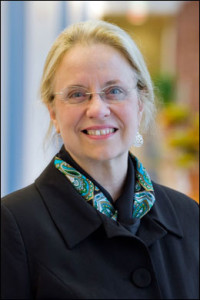 DASS’s purpose is to develop and empower decision makers who manage the global food and natural resource systems and lead rural communities. Its goal is to be the leading institution in outreach-driven education and research that integrates science-based information into public and private decision making.

Findeis’s research at Penn State seeks to understand the impact of economic-social-environmental and policy change on human well-being. Two themes have guided her recent work, she said.  One is an understanding of decision-making behaviors, especially as related to providing food security using environmentally sustainable practices, human health and disease dynamics, and labor utilization.  The second is an understanding the impacts of public policy reform in spatially-differentiated contexts.

Additional research efforts that Findeis is involved in – often in collaboration with graduate students – have involved the NAFTA countries, South Asia and Africa.

“Since many people in developing and developed countries remain dependent on agricultural production for food sustenance and income, a major thrust of my research program is on individuals, families and households engaged in food production agriculture,” she said.  “In a period of rapid change in agriculture attributable to globalization and policy reform, these forces can have critical impacts on well-being within and across households and ultimately on the structure of agriculture. Understanding developing as well as developed country situations is important, as they represent a continuum of behaviors.”