Can farmers reduce a gas thought to contribute to global warming and increase production simply by adopting a new tillage practice? A research agronomist at the College of Agriculture, Food and Natural Resources thinks he has found the way. 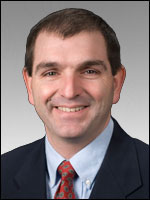 Kelly Nelson, associate professor of plant science at CAFNR’s Greenley Memorial Research Center in northeast Missouri, monitored fields of poorly drained claypan soil that were planted with corn the year after soybeans were grown. One field was “strip tilled” with nitrogen fertilizer applied in a band, while another field was left untilled with a surface application of fertilizer. Nelson’s research team found that strip tillage with banded nitrogen significantly reduced the amount of greenhouse gases emitted per bushel of corn grain production, when compared to that surface no-till treatments with fertilizer applied on the surface.

Strip tillage is the practice of tilling strips up to a foot wide and eight to nine inches deep across the field, rather than tilling the entire field so that crop residues can be left on the surface of most of the field. By planting corn into those strips, and adding fertilizer during the process, farmers use less energy, reduce soil erosion and conserve soil moisture in a large area of the field. Additionally, the nitrogen stays deep in the soil, where it less susceptible to environmental loss.

“This tells us that more efficient fertilizer use is needed to maintain productivity and profitability,” said Nelson. “We saw grain yields increase, and this is important when it comes to decreasing nitrous oxide emissions and increasing the amount of food produced.”

Peter Motavalli, associate professor in the MU Department of Soil, Environmental and Atmospheric Sciences, directed the research measuring the soil nitrous oxide emissions. He said the results are another piece of information that can help farmers select management options that may increase agricultural production and economic returns while reducing environmental impacts associated with the use of nitrogen fertilizer.

“The main goal for our team has been to identify agricultural practices that maintain or increase production while reducing the environmental impact,” Motavalli said. “There hasn’t been much data on greenhouse gas emissions for Missouri, and we hope to provide information on how much nitrogen is being lost as nitrous oxide with different agricultural practices so growers can make informed choices depending on their farm operation and environmental conditions.”

Nelson, Motavalli and Pat Nash, an MU graduate student, presented the results of their three-year study, “Use of Strip Tillage to Increase Corn Production and Reduce Soil Nitrous Oxide Emissions,” at the national meeting of the American Society of Agronomy in November and at the Missouri Crop Management Conference in December.