Almost 200 years of lead mining and smelting in southeastern Missouri has left a contamination legacy that is still largely unmeasured. To accurately quantify the environmental impact, a team of University of Missouri resource assessment experts and state and federal agencies is using a high-tech military search tool to quickly and cheaply find the pollution. 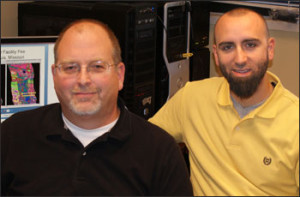 The CAP plane carries a U.S. Navy-developed surveillance system that spots extremely small visual anomalies. CAP uses the technology to quickly spot downed aircraft or missing hikers in dense foliage. MoRAP researchers repurposed the system to pick up remnants of lead pollution on soil and water and to detect variation in trees and grass that may signify ecological stress. 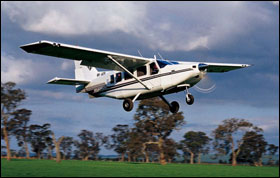 During their flights with the CAP, MoRAP also measured lead-based particulate pollution from active smelters and located several abandoned lead mines that were not otherwise being monitored. They followed roads used by lead-filled trucks to see if adjacent trees had been affected. The team traced elevated lead levels in wells near Carthage, Mo. to an underground coal mine by following the unique visual signature of the pollution. The team is building a database of polluted sites for long-term monitoring.

MoRAP is an organization that gathers imagery and spatial data on climate, landform, geology, soil characteristics, vegetation and other biological information. It provides this information and analysis to state and federal agencies involved in natural resource inventory, monitoring and management.

“We’re a combination of geographers and ecologists,” Blodgett said. Other MoRAP projects have mapped statewide land use, quantify environmental threats within the Missouri River basin and helped measure the distribution of fish.

A grant by the Environmental Protection Agency funded the lead project. MoRAP and its partners won the 2010 Missouri Governor’s Award for Quality and Productivity-Technology in Government for the work. Other team members include Nick Carbone, Branden Doster and Shawn Muenks from DNR, Colonel John Mais and Major Mike Hackley from CAP, and Ronnie Lea from MoRAP.

The imagery system used by CAP and MoRAP is the Airborne Real Time Cueing Hyperspectral Enhanced Reconnaissance (ARCHER) system. ARCHER scans visible and near infrared light to produce ground images far more detailed than plain sight or ordinary aerial photography can. It is the most sophisticated unclassified hyperspectral imaging system available, according to U.S. Government officials.

ARCHER can automatically scan detailed imaging for a visual signature of the object being sought (such as a missing aircraft). The equipment slices the data like an MRI to create a three-dimensional computer image that can be studied for evidence of contaminants.

DNR, CAP and MoRAP have been flying over suspected lead pollution sites since 2005, surveying more than 20 sites in 125 square miles. In addition to the lead survey, they also mapped asbestos contamination left from a fire at a St. Louis bottled gas facility, and found illegally stored hazardous materials in a landfill. During the flights they tested techniques that would allow for real-time evaluation of natural and manmade environmental disasters.

Beginning in 2009, in association with the EPA, DNR and CAP, MoRAP also began watching for potential pollution from abandoned Minuteman II missile sites. 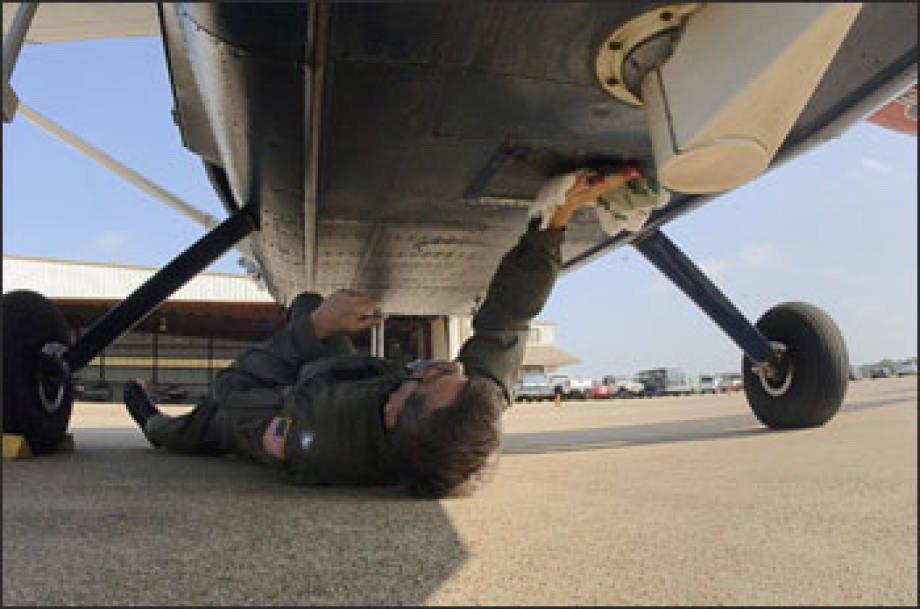 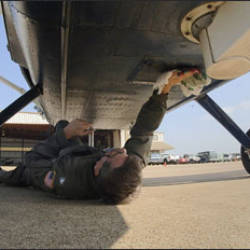 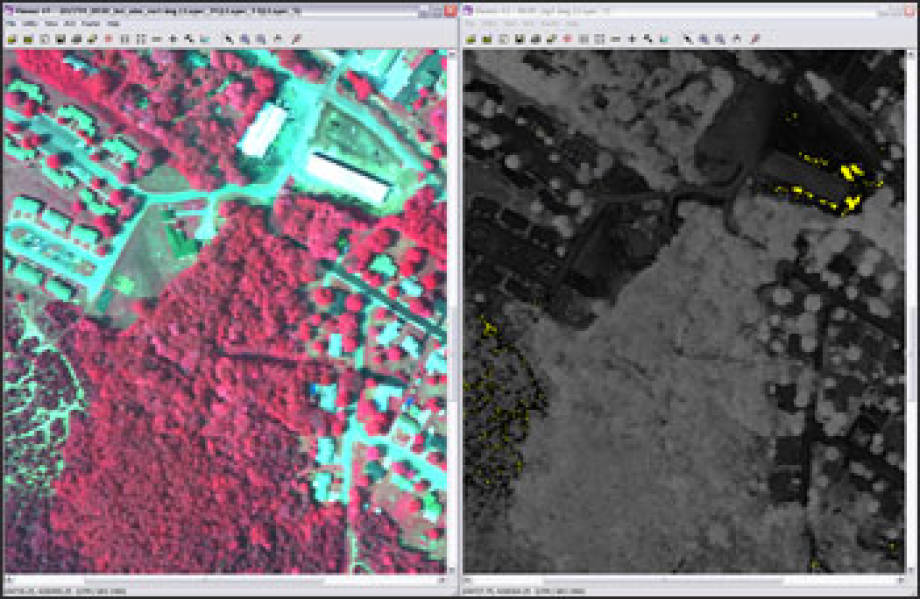 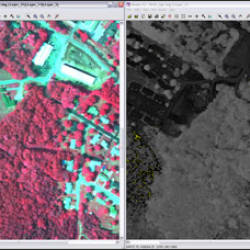 Spectral data taken with the ARCHER system (right) revealing the presence of lead contamination is compared to a visual light aerial photo (left). In this case, the survey shows high lead contamination near an industrial building (upper right) and in a stream near a housing subdivision (lower left). 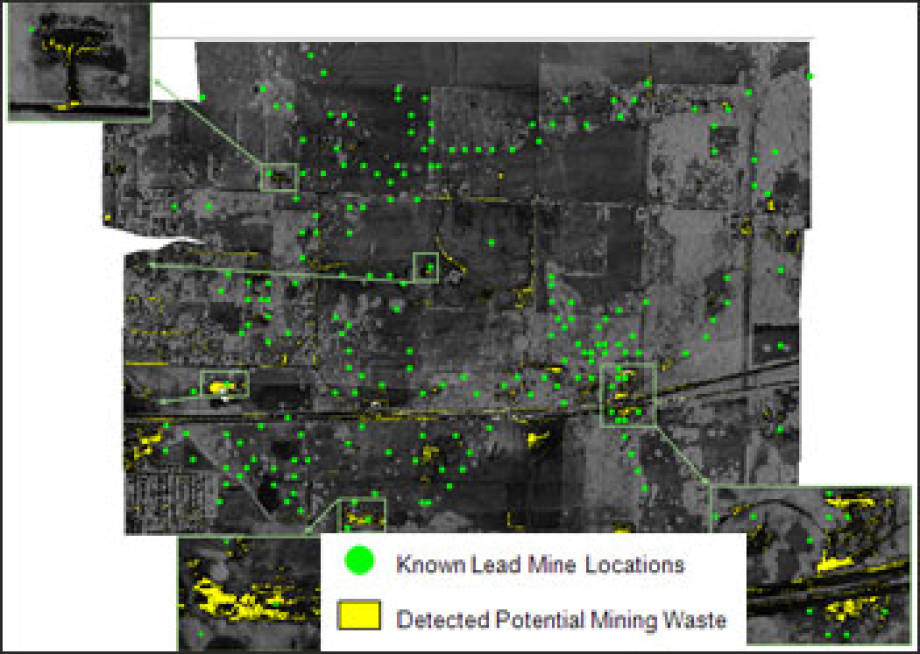 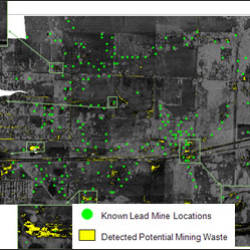 Lead contamination can not only affect streams and ground sites near a mine, but along roadways used by trucks carrying the industrial metal.