Jerry Litton, who tragically died in an aircraft accident in 1976 after winning a Democratic primary bid for United States Senator, will be honored by the College of Agriculture, Food and Natural Resources, University of Missouri, his alma mater. 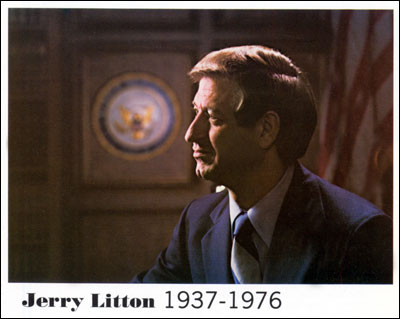 The $250,000 fund, announced in October, was endowed by the Jerry Litton Family Memorial Foundation. The foundation supports agricultural, educational and athletic activities in memory of the Jerry Litton family.

“His unparalleled leadership skills were developed as he participated in many on-campus activities. The resources offered by MU were equally invaluable to the incredible success of the Litton Charolais Ranch. Even though Jerry’s life tragically ended at a very young age, he became known both nationally and internationally as an innovative spokesman for agriculture. It is only fitting that The Jerry Litton Fund for Agricultural Leadership be established at CAFNR.”

From Farm House to House of Representatives

Jerry Lon Litton was born in a farmhouse without plumbing or electricity near Lock Springs, Missouri, on May 12, 1937. During his youth, an accident disabled his father, so his mother supported the family by selling milk from the family’s eleven cows. While a student at Chillicothe High School, Litton served as president of both the National Honor Society and the Chillicothe Chapter of Future Farmers of America. In 1956-57 the FFA elected him as national secretary. 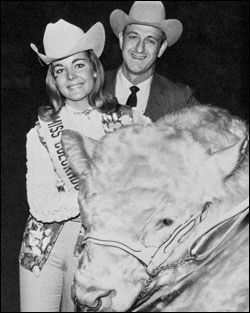 Litton graduated from the MU College of Agriculture in 1961 with a bachelor’s degree in agricultural journalism and a minor in economics. He returned to Chillicothe and joined his parents in a highly successful cattle-breeding business. Before he began his political career, he was active in promoting youth involvement in leadership in agriculture and rural communities.

In 1972, Litton was elected to the U.S. House of Representatives, where he advocated the rights of farmers and hardworking citizens. Often referred to as a “breath of fresh air in Washington,” Litton impressed his colleagues with his honesty and his political incorruptibility. House Majority Leader Thomas “Tip” O’Neal claimed that in his 22 years in Congress he had never been more impressed by a freshman congressman than by Jerry Litton.

The Powerful Dialogue With Litton

The Congressional Club, which Litton conceived and organized in his district, sponsored a monthly television program, “Dialogue with Litton,” that aired statewide. Open to the public, these meetings offered voters a chance to ask questions and state their concerns about political issues. For each show Litton invited a guest, including such prominent political figures as Senator Hubert Humphrey and Georgia Governor Jimmy Carter, who said that he thought Litton would be President one day.

Litton decided to seek the seat of retiring U.S. Senator Stuart Symington in 1976. He handily defeated the incumbent’s son, James Symington, and former governor Warren Hearnes in the Democratic primary on August 3, 1976. That same evening, Litton, his wife, Sharon, and their two children, Linda and Scott, along with their pilot and the pilot’s son, died in a plane crash just after takeoff from Chillicothe Airport en route to a victory celebration in Kansas City. 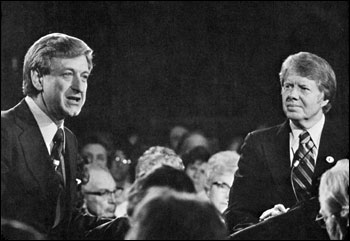 “Jerry Litton embodied what CAFNR would like to see in all of its graduates – a commitment to personal integrity, a strong work ethic and a passion to serve the community,” said Thomas Payne, vice chancellor and dean of the College of Agriculture, Food and Natural Resources. “In his all-too-short life, he inspired those he met to follow him in living these values.”