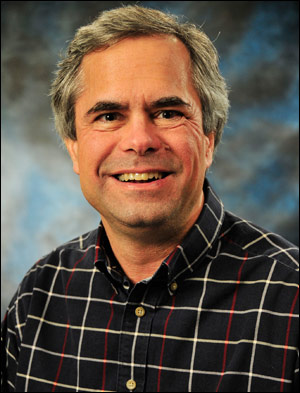 Mark Morgan, associate professor in the University of Missouri School of Natural Resources‘ Parks, Recreation and Tourism program, has been selected as a Fulbright Scholar to teach a semester atVietnam National University and organize a study of one of the country’s national parks.

“I’ll teach a graduate class in research methodology,” Morgan said. “The primary class assignment will be to conduct a visitor survey atCuc Phuong National Park using students to collect and analyze the data and write-up the report. The park staff needs this information for marketing and management decisions.”

The Fulbright Scholar Program sends 800 U.S. faculty and professionals abroad each year. Grantees lecture and conduct research in a wide variety of academic and professional fields.

The Fulbright Program is one of the most prestigious awards programs worldwide, operating in more than 155 countries. More than 300,000 students, scholars, teachers, professionals, scientists and artists have participated in the program since it began in the aftermath of World War II. Candidates recommended for Fulbright grants are people with outstanding achievements in their fields.

Morgan earned his doctorate in 1987 from Texas A&M University. He teaches classes in outdoor recreation management and conducts research on the human dimensions of natural resources, especially as it relates to environmental education.

Home to a Rare Primate

Cuc Phuong is the oldest national park in Vietnam. Established in 1962, it is located approximately 70 miles southwest of Hanoi. The park is famous for its natural resources, including the rare and endangeredDelacour’s langur primate. The karst topography has produced a very scenic landscape, attracting visitors from around the globe.

Of particular interest to Morgan are the indigenous people who live inside Cuc Phuong. “There are about 60,000 people living inside or just outside the park, mostly from the Muong tribe. Many visitors spend a night at the park’s culture village to learn more about this ethnic minority,” Morgan said.

Government funding is inadequate to sustain adequate park management efforts, Morgan continued. “This revenue shortfall has resulted in a hybrid mixture of public and private sector involvement in the park,” he said. “Many programs and services are supported by user fees, but there is no formal mechanism to provide any feedback on service quality or tourist interest. Although such information is needed, there are no funds currently available to conduct social science research.”

Morgan said that visitor studies will be useful for decision-making and policy formation, especially when managers justify budget requests or spend hard-earned money for marketing. “The primary outcome of this study will gauge visitor enthusiasm for indigenous tourism. In addition, members of the Muong tribe will be asked to provide their opinions about the tourists,” he continued.

Vietnamese students will make several trips to the park to collect data. Back in the classroom, they will analyze information using a statistical software package, write a report in Vietnamese and English, and make a presentation of their findings to park managers.

Vietnam’s economy is transforming from an agrarian to a service economy. More than a third of GNP is generated by services, which include the hotel and catering industry and transportation.

According to a forecast in December 2005 by Goldman-Sachs, Vietnamese economy will become the 17th largest economy in the world with a gross domestic product of $436 billion and a GDP per capita of $4,357 by 2025. According to a study by PricewaterhouseCoopers in 2008, Vietnam may be the fastest growing of emerging economies, with a potential growth rate of almost 10 percent per annum in real dollar terms that could push it up to around 70 percent of the size of the United Kingdom’s economy by 2050.