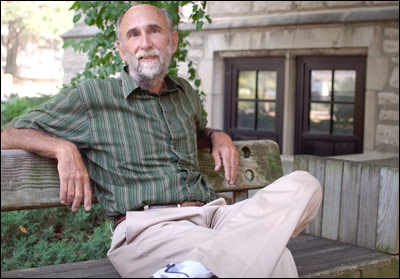 Sandy Rikoon, professor in the College of Agriculture, Food and Natural Resources

One in four Missouri families with children worries about putting enough food on the table, according to the 2010 Missouri Hunger Atlas recently released by a team of University of Missouri researchers.

The atlas, a county level report of food insecurity in the state, found that more than 900,000 Missourians have difficulty obtaining sufficient food. Even when public and private programs provide a safety net for these households, nearly 420,000 Missourians cannot always meet their food needs. These numbers are up from the last Missouri Hunger Atlas, released in 2008.

The survey also found that rural regions often have the highest concentrations of need in the state. Suburban counties have lower rates of food uncertainty, but these percentages are increasing, the report indicates.

“Food insecurity goes beyond the table; it has serious economic consequences,” said Sandy Rikoon, director of the Interdisciplinary Center for Food Security at MU that compiled the atlas. “People who are not eating healthily or are not able to provide enough food to their children will miss days at work, experience declines in their health and experience more anxiety, thus creating significant economic losses.”

“It’s not just hunger that concerns the team,” said Nikki Raedeke, co-author and assistant professor in the Department of Nutrition and Exercise Physiology in the College of Human Environmental Sciences. “We have to be concerned about the quality of food. Obesity and obesity-related illnesses like Type II diabetes are rising problems in all groups, but especially the poor because they are less likely to be able to obtain nutritious, but more expensive, food.”

A Roadmap to Better Respond to Hunger

The study also shows that the success of reaching citizens in need varies greatly across the state. Fortunately, many counties with the highest rates of food uncertainty are doing comparatively well in participating in federal and state assistance programs.

However, 14 Missouri counties, mostly in the southwest and south-central regions, are considered high need but participate less in available programs. This could be because of local social stigmas associated with receiving aid or ineffective programs to communicate program availability, Rikoon said.

“Many highly-populated suburban counties are also among the lowest performers in terms of public program participation, which suggests citizens in these areas are less likely to be receiving the help they need,” Rikoon said.

“For policymakers, the maps are an indispensable aid,” said Joan Hermsen, co-author and associate professor of sociology in the College of Arts and Science. “Even though we spent more than $1.4 billion in 2009 on public programs in Missouri to alleviate food insecurity, we must work to make every dollar spent work effectively.”

“We hope this report will help public officials identify the best places to target their efforts, identify those agencies that are successful in their missions, and bring more awareness to this issue,” said Rikoon, a curators’ professor of rural sociology in the College of Agriculture, Food and Natural Resources. “While this is something that is faced by every state in the nation, this atlas is the only tool in the country studying the problem at a local level throughout the state.”

While Missouri did better in food security than the national average in the mid-1990s, the state has fallen behind.

During this period, the U.S. percentage of food insecurity increased from 11.3 to 12.2 percent.

Missouri is one of 17 states with a rising rate of food insecurity. The increase over the past ten years is among the highest five in the country, Rikoon said.

In the category of very low food security, defined as food insecurity with hunger in earlier government definitions, the percentage of Missourians climbed from 3 percent in 1996-1998 to 4 percent in 2003-2005. In 2006-2008, almost 6 percent of Missourians were considered to have very low food security. The national rate climbed from 3.7 to 4.6 percent during this period.

“For 2008, this makes Missouri more than 25 percent above the national rate for very low food security,” Rikoon said.

Very low food security is officially defined as times during the year when a family’s food intake was reduced and their normal eating patterns were disrupted because the household lacked money and other resources for food.

Poverty and Hunger, a Vicious Circle