A herbal remedy used by South African traditional healers to enhance immunity and slow the wasting of HIV/AIDS has passed the first part of a multi-part clinical study in that country. The next piece of the study, now beginning, will determine if anecdotal evidence of the plant’s benefits can be scientifically demonstrated. 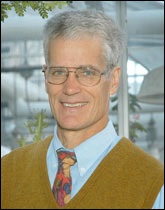 The two-year study, just finished by the University of Missouri and University of Western Cape in South Africa, was a randomized, placebo-controlled clinical trial that sought to determine if consuming the herb Sutherlandia affects the health of adults with early stage HIV infection.

Half of the group consumed capsules of Sutherlandia, while the rest were given a placebo with similar appearance, texture and taste. A team of doctors at Edendale Hospital in the province of KwaZulu-Natal, South Africa, monitored the patients’ health over six months.

The result of this study indicates that Sutherlandia poses no danger in and of itself, and does not appear to affect the progression of disease, said William Folk, professor of biochemistry at the University of Missouri and who helped lead the research.

“More definitive data is required to determine if there is benefit,” Folk continued. “The next step, now underway, will determine Sutherlandia’s effectiveness at preventing infections by other agents – bacterial, fungal and viral – and for improving appetite and slowing HIV-related wasting.” 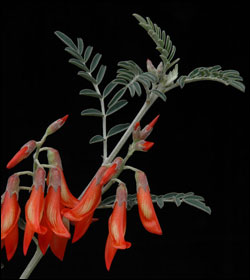 Folk said that South African traditional healers call Sutherlandia the “cancer bush” for its reputed ability to create a tonic to cure cancer and to fight weight loss in cancer patients. For centuries, these healers have dried its leaves to brew a simple tea that supposedly boosts the immune systems of those who take it.

The international research effort is being co-directed by Folk and Quinton Johnson of the University of Western Cape. They formed The International Center for Indigenous Phytotherapy Studies (TICIPS) to scientifically study traditional medicines such as Sutherlandia. TICIPS’s mission is to develop collaborative research on potentially medicinal plants to fight the important diseases of Africa and America.

The clinical trials are being carried out in association with Edendale Hospital, a teaching facility in South Africa, with funds provided by the National Center for Complementary and Alternative Medicine, a part of the National Institutes of Health, and other granting agencies. The patients who joined the initial trial did so before they were eligible for government sponsored antiretroviral drugs.

Sutherlandia is not the only traditional treatment being studied, Folk said. Another project focuses on African wormwood, Artemisia afra, a relative of sagebrush, which is widely used by traditional healers for the treatment of conditions associated with HIV/AIDS and respiratory infections. There is evidence that it may also be useful in treating tuberculosis, Folk continued. Another project will examine the plant’s potential for preventing or treating cervical cancer.

“Nature has thousands of secrets that we have yet to discover,” Folk said. “This is a step in uncovering some of those secrets and seeing how we can help the public burdened by infectious diseases and lacking access to medical care, better understand these traditional and alternative medicines.”

Folk said the Sutherlandia study is also important because it has created a technical and regulatory template that will speed future clinical studies of traditional medicines and drug discovery. It took Folk, Johnson and colleagues two years to gain approval for the first part of the study from South Africa’s Medicines Control Council, various ethics review boards and the NIH.

While herbal medicine is seen by some Western physicians as a backwater science, there is ample evidence that some indigenous remedies can live up to unscientifically-proven claims, Folk said. He points to aspirin’s active ingredient that was extracted from the bark of a Willow tree before scientists learned how to chemically synthesize the drug. Quinine is an extract of Cinchona tree bark that has been used for centuries to treat malaria. Recently, Taxol, produced from the Pacific yew, has become an important cancer fighting drug. Digitalis, that helps regulate heart rhythms, also once was a herbal home remedy.

Sutherlandia is one of many plants used in South Africa as an indigenous medicine. Powdered Berkhya leaves are used there to soothe boils, Sarcocaulon is given to stop diarrhea and the Wild Rosemary plant is used to relieve stomach ailments.

Any HIV treatment, proven or not, is of tremendous interest in South Africa where an estimated 1,000 people daily become infected with HIV and another thousand die of AIDS, Folk said. Nearly 20 percent of the adult population – 5.5 million people – is infected with the HIV virus.

A local plant for a local health epidemic

More than 33.2 million people worldwide live with the HIV/AIDS virus and more than 25 million have died from the disease since 1981, according to the World Health Organization.

While many programs continue to bring modern “Western” medicines to South Africa and other countries, traditional healers are still sought out by a startlingly large segment of the population, Folk said. South Africa has an incredibly rich array of flora with more than 30,000 species of higher plants of which some 3,000 are used for medicinal purposes.

Folk said that thousands of these are used by the public, particularly those for whom conventional medicines are unavailable. Few of these treatments have been scientifically tested. Sutherlandia has been used for generations as a remedy for stress, influenza, asthma, bronchitis and gastritis, and is now being used to treat HIV/AIDS, but without scientific evidence to determine its safety or value.

MU and the University of Western Cape have more than 20 years of bilateral exchanges, building upon the strengths each has in a wide diversity of fields.

The results of the second part of the Sutherlandia clinical should be released in about two years.