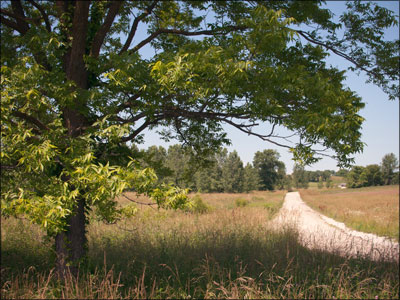 The Missouri River floods of 1993 and 1995 devastated thousands of acres of rich farmland with inches of sandy silt left behind after the water receded.  Even if the sand could be removed to restore the soil to productivity, one heavy rainy season could ruin everything again.

Research at the flood laboratory at the University of Missouri Horticulture and Agroforestry Research Center (HARC), located at New Franklin, Mo., has found a practical solution to make such bottomlands economically productive again – cottonwood trees.

Realistic flood simulator in the Midwest

Cottonwoods are among the fastest growing trees in North America and mature in as little as two years. They can be sold for biomass, rough-cut lumber for home framing and high-quality lumber for cabinets. Their short and fine cellulose fibers also make them an excellent paper source. Extracts from their fragrant buds are used in perfumes and cosmetics. 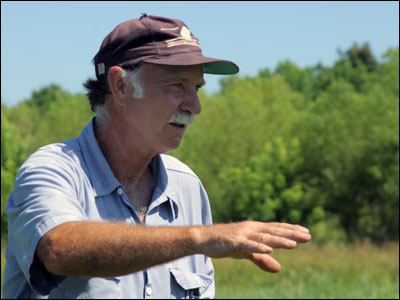 The cottonwood research took place at a unique laboratory, one recognized as the most realistic flood simulator in the Midwest and possibly in America.

The HARC flood lab, a part of the MU Center for Agroforestry, features a dozen two-foot-deep flood channels that can be individually flooded and drained to simulate a variety of flood conditions.

Built near the banks of Sulfur Creek, the laboratory’s channels, each approximately 20-ft. wide by 300-ft. long, can be independently adjusted for water depth, standing or flowing water, and duration of flooding. Selected grasses, legumes and tree species are planted in the channels to determine their flood tolerance abilities. 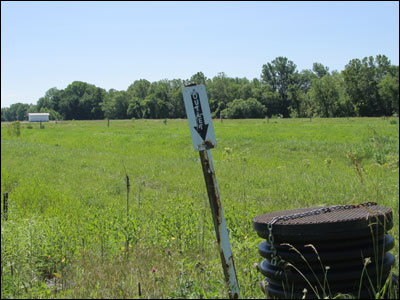 Experiments at the flood lab also tested the survival and recovery rates of certain hardwood trees to floods, and what genetic changes to trees can make them more flood tolerant.

One test, completed late last year, confirmed that certain cottonwoods could withstand potential Missouri floods and be an economically viable crop that could be grown in flood prone areas.

The flood lab came from a brainstorming session after the ’93 flood, recalled former MU agronomy professor Bob McGraw. He and his colleagues envisioned an outdoor laboratory where researchers could screen Missouri plants for flood tolerance and offer farmers substitutes for traditional crops in almost useless bottomlands.

There was no such large-scale simulator available.  The closest equivalent was a tub filled with soil in a greenhouse.  That could work for individual plants and grasses, but a tub can’t handle trees.  Also, greenhouses don’t replicate real field conditions.

HARC, part of the Missouri Agricultural Experiment Station and home of the Hickman House 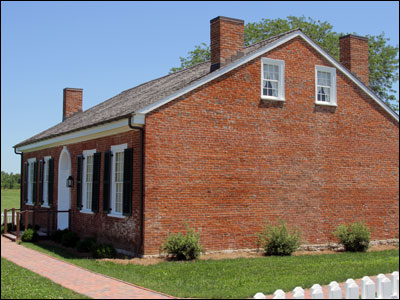 Built in 1819, the Thomas Hickman House is one of Missouri’s oldest intact brick houses. It was recently restored to its historic condition.

HARC was a natural place for such a lab. The 660-acre farm hosts agroforestry research programs, experimental fruit and nut orchards, and forage shade tree trials.

The farm is also the location of one of Missouri’s oldest brick homes, the 1819 Thomas Hickman House.

HARC is one of 17 research farms of the Missouri Agricultural Experiment Station, a network of sites across the state where state-of-the-art research and demonstration programs bring Missouri land owners new information for reaching maximum income potential in each of the state’s major soil and climate regions.

These facilities provide researchers and extension state specialists more than 14,000 acres of land and equipment for field experiments and demonstrations and provide information for industry and state and federal agencies. 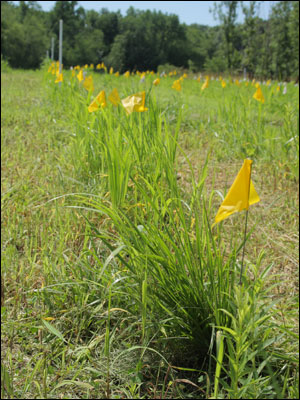 In current research at HARC, willow, cottonwoods and silver maple saplings are being tested in a variety of flooded and dry conditions. Later, it will be determined which of these fast-growing trees are best suited for the production of biomass to be used in municipal powerplants.

H.E. “Gene” Garrett, forestry professor and former director of the Center for Agroforestry, came upon the idea of flood tolerant cottonwood trees as crops during a walk along a river bank during the ’93 flood.

Some species of cottonwoods, he noticed, were thriving in the flood waters while other trees had perished. Garrett and John Dwyer and Hank Stelzer, both associate professors, used the new flood lab to test different genetic selections of cottonwoods to learn which were best suited to flood-prone areas.

Garrett pointed out that before the MU flood lab there was little scientific evidence on which trees were flood tolerant.

He and his team built the flood lab so that plants can be tested in flood conditions adjacent to identical control plants that receive the same sunlight and grow in the same soil conditions.

Data on tree flood tolerance, plus known information about commercial markets for cottonwoods, are being been distributed via seminars, brochures and other methods to Missouri farmers who now have one more option for bottomland sites prone to flooding.