The biggest trend in food in the next 15 years will be something familiar to our grandmothers – made from scratch foods in tune with the seasons to deliver great flavor, said Walter Scheib, White House executive chef from 1994 to 2005.

Scheib will be one of more than 15 chefs, nutrition experts and farmers who will speak at the first annual Farm to Table Festival, to be held June 12-13 at the University Club on the University of Missouri campus. 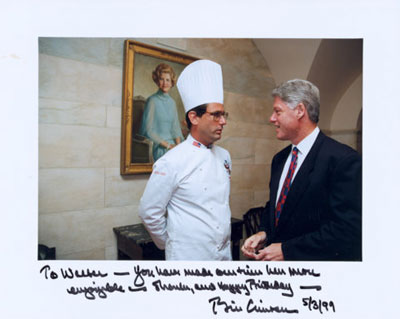 He will discuss his experiences at the White House and share what he sees as trends in American cuisine.

Sponsored by the University Club of MU, University Catering and Event Services and the American Culinary Federation Central Missouri Chapter, the event will feature demonstrations by celebrity chefs, hands-on workshops, master-class and cooking-at-home presentations, and an outdoors farmers market.

Scheib said that the trend to old-fashioned, traditional American cuisine is fueled by a need to avoid processed and high-fat foods that cause obesity and chronic health disorders, rediscover the social aspects of cooking and eating, and to support sustainable and ethical food processing.  He commented that these trends will be significant factors that restaurants and grocers will need to follow to be successful in the next 15 years.

Another trend that Scheib sees is in food ethics – diners wanting evidence that their food is made with a sustainable carbon foot print, from wholesome and fresh materials, and from animals who were humanely treated before slaughter.

Within these trends are two sub-trends of a need to reconnect with historically regional dishes and ethnic flavors.  “We’re looking backwards, somewhat, to a time that made sense and worked when we were younger,” Scheib said.  “We all remember special meals that touched us in some way.  That feeling is difficult to recapture with factory farms and national restaurant chains.”

One of the most important triggers for this trend is to connect with friends and family again.  “Cooking and eating with those who we are closest to is one of the most fundamental and important functions of our society,” he said.  “We share, encourage and experiment in the kitchen.  It gives us time to have real conversations and get to know each other better. It makes cooking a more social, less solitary endeavor. It helps us connect or reconnect with people.” 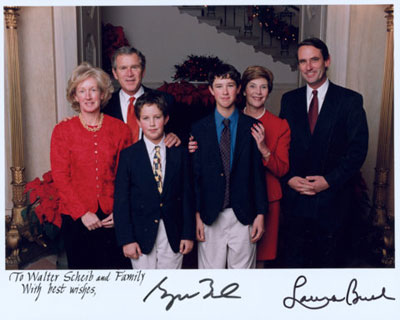 Food is Scheib’s lifelong passion. He discovered his mother’s pots and pans early in life and soon felt comfortable preparing meals for parents and friends. By the time he graduated from high school, he was eager to pursue a profession in the culinary arts. He attended the Culinary Institute of America, from which he graduated with high honors in 1979. Immediately thereafter, Scheib started as a Rounds Cook at a premier Washington, D.C. hotel, and within three years was promoted to Executive Chef.

First Lady Hillary Clinton, impressed by the comprehensive spa menu Scheib had developed for the Greenbrier resort, as well as his highlighting of American cuisine, personally hired Scheib as the White House Executive Chef. 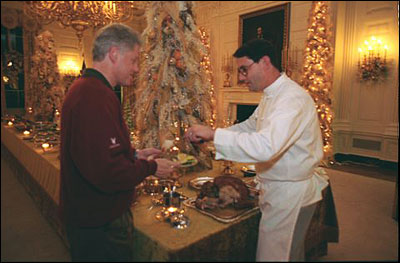 Scheib has appeared on The Daily Show with Jon Stewart, the CBS Early Show, Good Morning America, Weekend Today in New York, Nightline and Iron Chef on the Food Network Station. Interviews about his food have been seen in The New York Times, The Washington Post, The Wall Street Journal, The Philadelphia Inquirer and The U.S. News and World Report.

He is the co-author of White House Chef: Eleven Years, Two Presidents, One Kitchen, which was released in January 2007. 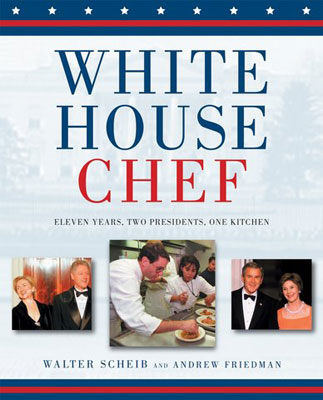 Tomatoes are also a great example of why good food need not be complicated to prepare.  “Great cooking need not be a school learning thing,” he said.  “Add a little salt and oil to a fresh, off-the-vine tomato and you have a delicious snack,” he said.  “It does not need to be any more complicated than that.”

Scheib recommends that today’s consumers looking to shop like their grandmother, too.  “Don’t go to the supermarket and buy whatever is available,” he suggests.  “Build a relationship with your green grocer, butcher or fish monger and them tell that you won’t accept the poor stuff.  Tell them that you will pay more for quality.”

Scheib is an avid fisherman and still enjoys cooking as much as he did as a child, and at the White House. He lives in Great Falls, Virginia, with his wife, Jean, and their two sons, Walter and Jim.