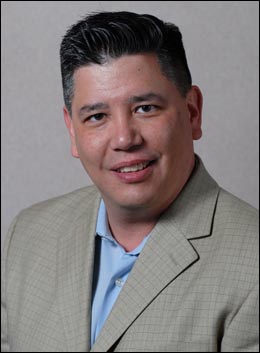 John Viator, assistant professor of biological engineering at the College of Agriculture, Food and Natural Resources, was awarded the Outstanding Undergraduate Mentor Award at the University of Missouri Undergraduate Research and Creative Achievements Forum on April 27.

The award, given by the Office of Undergraduate Research, recognizes faculty members who support and promote undergraduate research and creative and scholarly achievements.

Viator serves as a research mentor and teacher to many graduate and undergraduate students.

He entered the Oregon Graduate Institute of Science and Technology in 1995, where he received the M.S. in applied physics in 1997. John finished his thesis on Characterization of photoacoustic sources in tissue using time domain measurements in 2001.

He did post-docs at Beckman Laser Institute and in the dermatology department at Oregon Health and Science University. Viator holds four patents in photoacoustics.