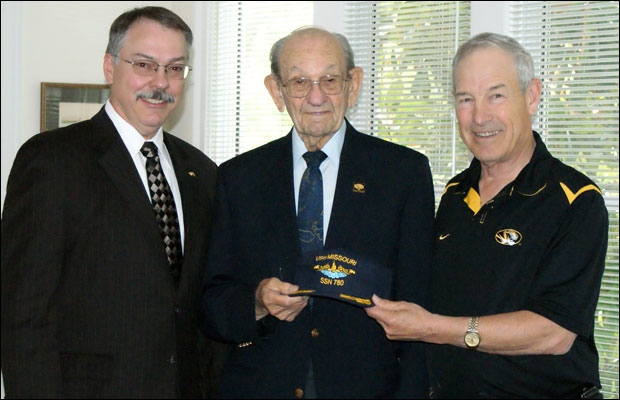 When the nuclear submarine U.S.S. Missouri is commissioned later this summer, a part of the University of Missouri College of Agriculture, Food and Natural Resources will follow it out to sea.

The MU Ag Alumni Association made a donation to the ship’s commissioning ceremony to honor Allan Purdy, CAFNR alumni and retired associate dean. Purdy is also former director of financial aid for the University of Missouri System, and an acknowledged “mover and shaker” in the national financial aid movement.

This isn’t Purdy’s first connection to the U.S. Navy. In World War II, he commanded PT-305 in the Mediterranean Theater. Not only is Purdy one of the last surviving PT boat skippers, PT305 is one of only a few surviving patrol boats and is being restored in New Orleans to its wartime condition. 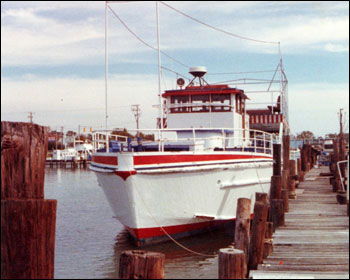 It is thought that only three World War II PT boats exist today. Scattered to far-flung places at the end of the war, it was easier to burn the hulls rather than transport them home. Time and salt water ravaged the wooden boats that survived the post-war period.

After several years of searching, The National World War II Museum in 2007 secured a Motor Torpedo Boat for the collection. PT-305 was manufactured by Higgins Industries in New Orleans. The keel was laid down on March 30, 1943. She was launched on May 27, 1943.

PT-305 joined the Navy at a time when the craft were more important than their small size would indicate. The U.S. was short on larger vessels and facing an onslaught of attacks from the Japanese and Nazis. Though less than 80 feet in length, the PT boats could be manufactured and deployed quickly. Their wartime exploits became famous in such places as the Philippines until larger capital ships could be built and sailed into combat.

As America was able to mobilize more forces, the role of the PT boat shifted from attacks on capital ships to operations in coastal waters. PT Boats slugged it out with Japanese armored landing barges and German flak lighters.

PT-305, along with PT-302 through PT-313, was assigned to Motor Torpedo Boat Squadron 22 (Ron 22) operating along the coast of Southern France and Northern Italy. The boats participated in the Invasion of Elba on June 17, 1944, where PT-305 sank a German flak ship.

Allied planes had bombed bridges, roads and rail lines, and the only way the Germans could supply their army in Italy was through shipping along the Mediterranean coast from France. Because British and U.S. air forces controlled the air in the daylight, the German supply convoys moved at night. It was the PT boats’ job to intercept them. 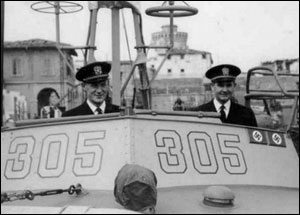 “Every night there were convoys of eight, 10, 12, 15 whatever barges loaded with supplies by the Germans going down the coast of Italy,” Purdy said in an interview with the Columbia Tribune newspaper. “I had a very specific objective, and that was to stop the supply of food and ammunition that was going down to the German army.”

The squadron later acted as a diversionary force in Gulf Juan, and as an anti-ship screen in the Nice-Cannes area. Ron 22 was part of Operation Dragoon, the invasion of Southern France on August 15, 1944. They landed French Commandos on the coast of France in preparation for the invasion. The squadron was also involved in action around Leghorn, Italy.

To harass the enemy, Ron 22 fired torpedoes into harbors between Genoa, Italy and the French-Italian border. On the night of April 19, 1945, PT-305 sunk another flak barge.

Friendly fire incidents were as dangerous as the Germans. Mistakenly, British planes twice bombed the PT-305, reporting that they had sunk an Italian warship.

In late April 1945, the squadron returned to the United States to be overhauled in preparation for deployment to the Pacific. The war ended while the squadron was still in New York Harbor. On June 18, 1948, PT-305 was sold to a private company which turned it into a tour boat. 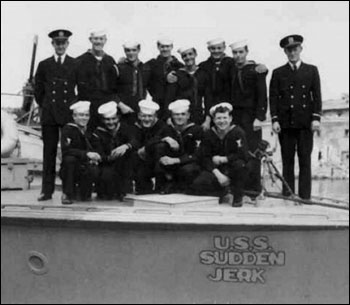 Later, PT-305 was modified for work as an oyster boat in the Chesapeake Bay. To save fuel, its three Packard aircraft engines were removed and replaced with two diesel engines. All of the upper works were removed and a chart house was fitted at the stern. To circumvent Coast Guard regulations requiring a licensed captain of vessels over 65 feet in length, 13 feet of boat was removed from the stern.

PT-305 continued as an oyster boat until 2001, when it was obtained by a Galveston, Texas museum. The National World War II Museum acquired PT-305 and transported it to New Orleans in April 2007.

With the help of Higgins boat volunteers, PT-305 will be restored to her wartime appearance. Everything except the weapons will be fully operational.

Returning to Missouri and MU

Purdy was born in Excello, Mo., a small town just south of Moberly. He graduated with a degree in horticulture in 1934. He returned to MU after the war to teach and was an associate dean from 1949-1958.

“Purdy was one of the people who most helped define CAFNR as a caring institution,” said Ken Schneeberger, professor agricultural economics. “He helped students get a 25 cent an hour job when it looked like they may not be able to financially complete their programs. He was there with a good lecture when they needed to re-focus on their studies. There was hardly a student of that time who wasn’t helped in some way by Purdy.”

Schneeberger said it was Purdy, in his CAFNR position and later as director of financial aid for the University of Missouri System, who helped talented but financially modest students have the opportunity for a college education. “He travelled frequently to Washington and Jefferson City to make their case,” Schneeberger said.

The Ag Alumni Association’s Allan Purdy Distinguished Service Award was named in Purdy’s honor. Purdy and his wife Vivian are longtime MU supporters. Their scholarship honors students in the fine arts who exhibit initiative and integrity and have demonstrated a financial need.