Historians and military analysts have pored over the Wilson’s Creek battle that occurred during the first months of the Civil War for clues about an event where Missouri was almost lost to the Union. While artifacts and written records detail the composition and movement of troops and armaments in good detail, not muchis known about what was happening overhead – the weather. On the first day of the battle, Aug. 10, 1861, the only primitive US weather station was located in faraway Washington DC.

The mural of the Wilson’s Creek Battle at the State Capital in Jefferson City.

A meteorology student at the University of Missouri College of Agriculture, Food and Natural Resources wants to plug this gap in the historical record. With guidance from the MU head of atmospheric science, he has become a weather detective, pulling together odd bits of meteorolog

ical flotsam from all over the world to compile a Missouri weather forecast almost 150 years backward in time. 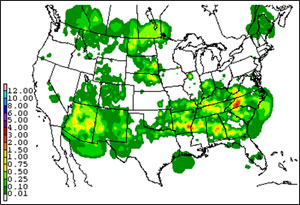 His work could be important to the historical record because weather influenced the outcome of the battle. An unexpected summer rain delayed a Confederate attack on Union forces, allowing the outnumbered bluecoats to retreat to Rolla to regroup to fight again.

The Battle for Missouri Begins

Mike Madden, an atmospheric sciences sophomore, grew up in Joplin, close to the Wilson’s Creek battlefield. His interest in history and weather made combining the two disciplines an easy ch

oice for a project.

As others who have studied the battle, Madden knew about the pivotal rain on Aug. 8 that caused the Confederate forces of almost 11,600 troops, under the command of Brig. Gen. Benjamin McCulloch, to postpone a 9 p.m. attack on unsuspecting Union soldiers until the next morning.

“I … issued orders on the ninth instant to my force to start at nine at night to attack at four different points,” McCulloch told the Liberty Tribune newspaper on Sept. 20, 1861. “When the time arrived for the night march, it began to rain slightly, and fearing from the want of cartridge boxes, that my ammunition would be ruined, I ordered the mo

vement to be stopped, hoping to move the next morning.”

McCulloch then ordered his men to “sleep on their arms,” according to an account on the People’s Tribune newspaper, Jefferson City, on Aug. 20, 1873. 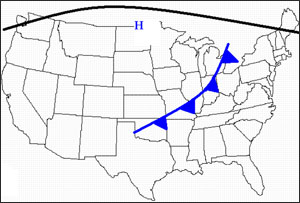 The Federal Army of the West of only 5,400 men, under the command of Brig. Gen. Nathaniel Lyon, had camped at Springfield in an effort to stop any Confederate advance and hold control of the state for the Union. When scouts discovered the camped Confederates, Lyon decided to withdraw his outnumbered force northeast to Rolla to reinforce and resupply. Before he left, he launched a surprise attack, in a steady drizzle, on the Missourian camp to delay pursuit.

Lyon’s attack, the Battle of Wilson’s Creek, was the first major Civil War battle west of the Mississippi. The casualties were about equal on both sides—1,317 Union and 1,230 Confederate. Though the Confederate allied force won the field, they were too disorganized and ill-equipped to pursue.

While considered a Southern tactical victory, the battle blunted the effort to secure Missouri as a southern stronghold – a strategic victory for the Union.

A Global Search for Clues

Tony Lupo, MU professor of atmospheric sciences and working with Madden, said that the US had virtually no weather forecasting or reporting capability until years after the Civil War when President Ulysses S. Grant signed the National Weather Service act in 1870. Missouri wouldn’t get a weather station until 1890 when one was established in Columbia.

To draw a weather map of August 1861, Lupo and Madden employed analog forecasting—a part of atmospheric science that constructs, or reconstructs, weather conditions by taking what data is available and matching it to historical patterns. This technique is used today; forecasting weather far at sea where radar d 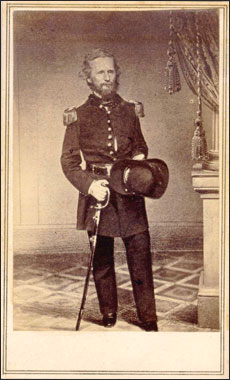 General Nathaniel Lyon (1818-1861) was killed at the Battle of Wilson's Creek near Springfield.

Madden and Lupo started by looking at decades of recorded Twentieth Century weather data for the first few weeks of August in Missouri. “We were surprised at how uniform the data is for this period,” Lupo said. “The weather in Missouri during early August is remarkably consistent – unlike early autumn patterns that can vary widely.”

With a general idea of probable conditions during the Wilson’s Creek battle, the pair looked at global weather records available from Europe and ship captains. The British Admiralty and the French Navy required daily pressure, sky condition, wind direction and temperature logs.

Then, Madden combed through old book and newspaper accounts in and around Missouri in August 1861 that could provide additional clues. One Union soldier wrote in his diary about a three-hour rain that fell for three hours on thenight previous to the battle. Another soldier complained about marching through hot and humid weather. These first-hand accounts helped Madden and Lupo provide local information to fill in the gaps of the global weather map that they were creating.

These models were consistent with a classic La Niña weather pattern which occurs approximately every five years, Lupo said. La Niña refers to a period when ocean temperatures across the central and eastern tropical Pacific Ocean are cooler than normal. It significantly affects the strength and location of the atmospheric jet stream over the eastern North Pacific and North America. In Missouri, La Niña summers tend to be drier and hotter than usual. 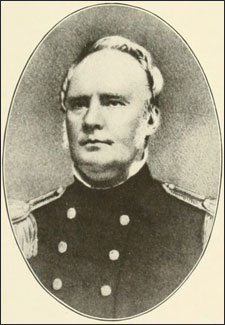 These patterns tend to spawn more than the usual number of hurricanes in the Atlantic. Lupo and Madden checked these records and found seven known 1861 hurricanes – further reinforcing their analog model.

With all of the data, the pair created likely weather maps and simulated radar plots for the period of the Wilson’s Creek Battle. One map includes a weak cold front moving across Missouri, northwest to the southeast, and triggering a quarter- to half-inch of rain. In another model, the front sags north to south across Indiana and Ohio, also triggering rain over Missouri. Both weather patterns are very typical for mid-August in the Midwest, Lupo said.

While the weather analysis doesn’t change any aspects of the battle, it is one more piece that for historians and military analysts can ponder when researching this part of the Civil War, Lupo said.

With the victory, Price’s Missouri Guard began an invasion of northern Missouri that included the Battle of Carthage and culminated in the First Battle of Lexington on September 20, 1861 – two battles that the Civil War weather detectives plan to tackle next.