The upcoming storm season could be more active than usual in Tornado Alley, according to a University of Missouri atmospheric sciences professor. 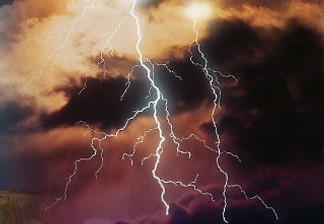 Tony Lupo, department chair and professor of MU atmospheric science, said that the upcoming weather pattern resembles that of the turbulent 2002-2003 season when 109 tornadoes swept across Missouri – one of the worst seasons on record.

Then, as now, three things were in place to create a stormier than usual season – a weak El Nina temperature trend in the Pacific Ocean, a colder than usual winter in the Midwest and a Jetstream running through the southern portion of the continental United States.

A weak El Nino tends to create warmer and moister air that is pushed into the central U.S. by the Jetstream, Lupo said. The collision of this air with prevailing colder air triggers a clash of cold and warm air masses that produces strong supercell thunderstorms.

The last few years in the Midwest, under the influence of a cooler El Nino pattern and a more northerly Jetstream, have been relatively quiet.

Cold winter air continues to linger over the Midwest, he noted. In fact, the US 2009-2010 winter season was the sixth coldest since 1950 and the 15th coldest since 1890. A late February warm up kept the stats from being more dramatic, Lupo said. Much of the northern U.S. still has a snow pack that will create cooler-than-normal conditions well into spring months.

Mid-March to June is generally considered the Midwest storm season, Lupo said, with the stronger and more prolific outbreaks occurring in late March and April when leftover winter still lingers over the Midwest.

Lupo earned his PhD in atmospheric science from Purdue in 1995 and is principal investigator at the Global Climate Change Group. This organization investigates planetary-scale atmospheric processes that trigger an atmospheric phenomenon known as blocking anticyclones. The group also studies how global climate change may impact long-term weather patterns and the growing season in the Midwest.

Lupo has written 34 scientific papers on factors that influence large-scale weather patterns. He is a member of the Intergovernmental Panel on Climate Change which shared the Nobel Peace Prize with Al Gore in October 2007.

Tornadoes won’t be the only hazard possible during this spring. Lupo said. Statistics from years with similar weather patterns to that shaping up now also indicate frequent severe storms can bring damaging winds, hail, lightning and flash flooding.

“We’ve been stuck in a prolonged period of winter weather that could change quickly into a stormy spring,” Lupo said. “My advice is to keep watching the skies.”