China’s increase in global food and related product exports has been as troubled as it has been dramatic. While the country’s shipments have leaped in a decade, contaminants in the goods have killed thousands of pets and sickened consumers worldwide.

A team of food scientists at the University of Missouri College of Agriculture, Food and Natural Resources has been awarded a U.S. Department of Agriculture grant to help MU students learn how to better detect and deal with contamination issues in the global food chain. The grant will also build a partnership with a leading Chinese university to disseminate food safety knowledge and analytical techniques to Chinese faculty, students and the country’s food industry to help alleviate problems at their source. 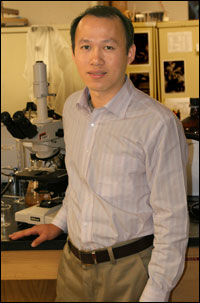 In partnership with JU, the Mizzou team will conduct two summer trips to visit Chinese food producers to get a first-hand look at the current practices there. With this information, they plan to develop a Mizzou and JU curriculum that will teach students to improve the quality of food exports.

“We want to produce well-rounded graduate students in both countries who will be trained with a global perspective, understand emerging food safety issues and be able to collaborate with one another,” Lin said. “We also want to develop a model that can be used by other disciplines.”

JU, located in Wuxi, Jiangsu Province, is one of China’s largest technical universities. Its National Key Lab of Food Science and Technology is the only one of its kind in China. JU has a very close relationship with the Chinese industry. The Board of Trustees includes representatives of over 100 exporting enterprises, such as, Haier, Moutai Group, Tsingdao Brewery Group, P&G China, Donghai Grain & Oil and Seagate Products. JU is a Project 211 university—aimed at creating a high-level professional class to lead the country’s economic and social development strategies. 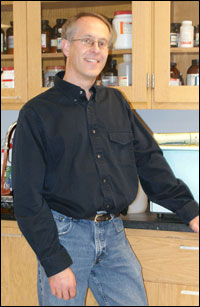 The importance of the effort is recognized by both countries. In 2008, at least six infants died and some 294,000 were sickened after consuming milk made from powder contaminated with melamine, a chemical used in making plastics. Melamine added to a diluted or inferior milk can make its protein content appear artificially high. When consumed in large quantities, it can lead to formation of insoluble crystals that jeopardize kidney functions.

Internationally, the value of Chinese food exports has expanded by a factor of nearly six over the past two decades, from $4.5 billion in 1986 to $25.7 billion in 2006. Governments around the world are demanding better quality control in these exports.

China has emerged in recent years as an important source of food imports into the United States, Lin said. Food imports from China more than tripled in value between 2001 and 2008.

In 2008, Chinese imports reached $5.2 billion, making China the third-largest source of food imports, according to the USDA. About 41 percent of this import value was from fish and seafood, most of it farm raised. Juices and pickled, dried and canned vegetables, and fruit accounted for the other 25 percent. 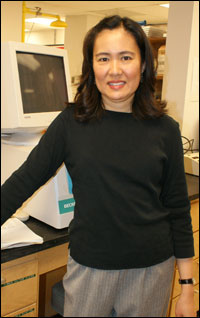 According to the USDA, about 60 percent of all American apple juice, 50 percent of garlic, 10 percent of shrimp and 2 percent of catfish are sourced from China.

A July 2009 report by the Economic Research Service of the USDA stated that it is often difficult to ensure that suppliers in far-flung locations operate according to the high U.S. safety standards and tight quality control. Often, a misunderstanding of American food safety laws leads to problems, Lin said, something that he hopes his program can address.

FDA refusals of food shipments from China peaked in early 2007, just before a series of highly publicized incidents. In 2007, FDA issued import alerts for wheat gluten, rice protein products and five kinds of farm-raised fish and shrimp from China.

The Chinese government has announced a number of safety-related measures, such as facility upgrades, careful record-keeping, closer control over suppliers, testing, certifications and audits.

Lin earned his doctorate in Food Science from Washington State University. He teaches advanced food technology at MU. His research aims to establish new techniques and methods to speed food testing. Currently, he is developing nanomaterial-based sensors that can be used to rapidly detect extremely small amounts of contaminants in foods. He hopes to see this technology quickly and easily screen food products while they are still at the port of entry.