Two University of Missouri College of Agriculture, Food and Natural Resources faculty members’ work has been showcased in Science. Published in the journal’s August issue, the co-authors’ two articles describe a massive genetic resource geneticists and breeders can use to unlock the basis of corn diversity. 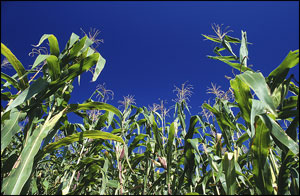 The articles, “Genetic Properties of the Maize Nested Association Mapping Population” and “The Genetic Architecture of Maize Flowering Time,” describe how the scientists found that most natural genetic variation in corn is the product of numerous genes working together, each with a small effect that could be manipulated by breeders.

These findings also may help researchers determine the role of genes in agronomic traits such as yield, fertilizer-use efficiency, drought tolerance and ethanol potential. 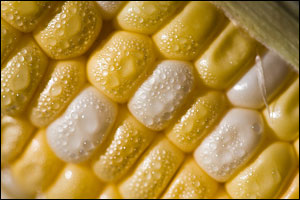 In their research, the scientists developed and assessed more than 1 million corn plants, making their project the largest published genetic corn study to date. Corn (maize), one of the world’s most important food crops, is also genetically 15 times more diverse than the human genome. So it’s important for scientists to learn about key gene variants in the maize genome and the role those variants play in corn traits.

McMullen and Flint-Garcia conduct their research at the ARS Plant Genetics Research Unit in Columbia, Mo.

The ARS scientists in the project were led by plant geneticist Ed Buckler at the agency’s Robert W. Holley Center for Agriculture and Health in Ithaca, N.Y.