What do swine flu pandemics and stem cell biology have in common? Medical scientists use sophisticated mapping tools to track the development of both.

The University of Missouri, with funding from the Howard Hughes Medical Institute, is using mapping to give Missouri high school teachers and students a better understanding of fundamental concepts of human health, biology and medical sciences.

The program, called Maps in Medicine, uses mapping and biological imaging tools to build on students’ innate sense of direction, position and movement. Educators are being taught to use these ideas as a starting point to teach students how three-dimensional structures are determined by DNA and how cells move through space much as humans move across the earth. 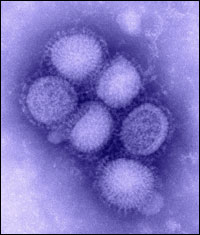 “The basic notion is very simple,” said William Folk, program director and MU professor of biochemistry. “Young people have a sense of direction and navigation that we wish to employ in helping them to understand how cells develop and how those cells navigate in three-dimensional space as tissues. We are using this sense of direction, movement and geography that is intrinsic in humans as a metaphor for the ‘instructions’ that determine movement of cells during development.”

The year’s program focuses on two areas: (1) mapping cell fate during embryonic development and (2) exploring how influenza outbreaks spread, are mapped and are contained.

In mapping cell fate, students learn how cells get instructions to maintain or change their properties and what health problems occur when these instructions are challenged by genetic mutations or pathogens.

In mapping disease, students are introduced to the transmission of the influenza virus and how the spread of the virus is monitored at state, regional and global levels. The project helps students understand how infectious diseases are spreading around the globe. In one scenario, students use computers and real-world data to analyze how diseases move through populations.

Maps in Medicine, a five-year program in its second year, is based around planning and developing specific curricula with the help of scientists, teachers and doctors. Part of its mission is to reverse a national downward trend in high school students’ interest in and understanding of basic biology and human health. 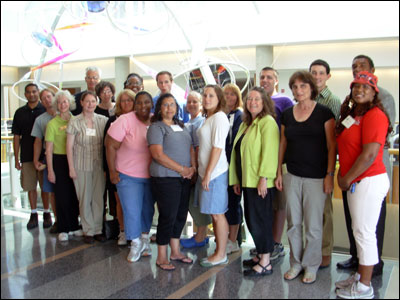 The United States is once again absent from the list of top-10 countries for science and math education. New Trends in International Mathematics and Science Study results confirm that the U.S. lags behind other industrialized countries at the task of preparing tomorrow’s labor force.

It is widely accepted that long-term economic growth depends on a fully competent talent pool, including workers who excel in a technology-based economy, Folk said. But young people in many less-developed countries now outperform their American counterparts in both science and math.