It is one thing to read about space food. It’s another to put a fork in it and take a bite.

Charles Bourland, who earned a PhD in food science and nutrition from the University of Missouri in 1970, spent 30 years with NASA developing food for astronauts. 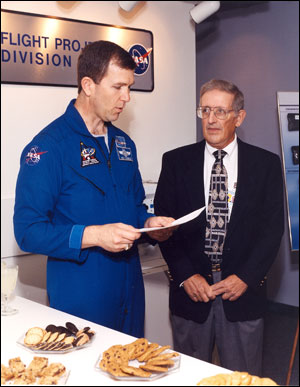 Now he has co-authored a book describing how food in space has developed, from the Apollo program to today’s shuttle. The publication does more than span technical history. It also provides recipes for a stellar dining experience.

Bourland wasn’t yet at NASA during the Mercury flights, on which astronauts sucked a pasty puree from something that looked like a toothpaste tube, but he did improve the cuisine for the Apollo astronauts.

He was in charge of the astronaut food aboard the recovery ships for the Apollo 12 and 13 missions and Skylab II. The moonwalkers injected hot water into plastic pouches containing freeze-dried food. The rehydrated shrimp cocktail, chicken and vegetables, toast squares, butterscotch pudding and apple juice were a dramatic improvement in flavor and appearance over what those astronauts’ predecessors had consumed.

In 2000 Bourland received the Silver Snoopy Award, astronauts’ personal-achievement award. In 2003 he was honored with a Faculty Alumni Award from the University of Missouri.

The new book, The Astronaut’s Cookbook: Tales, Recipes, and More, will be released in October, published by Springer. Bourland and co-author Gregory Vogt touch on NASA lore, diet information and space-food facts.  Included is a section about the Russian space food program. Readers also learn about the astronauts’ favorite selections and get space-food recipes from famous TV chefs Rachael Ray and Emeril Lagasse.

To get a taste for the book, we asked Bourland for a few morsels of insight:

How did your MU education prepare you for your job at NASA? 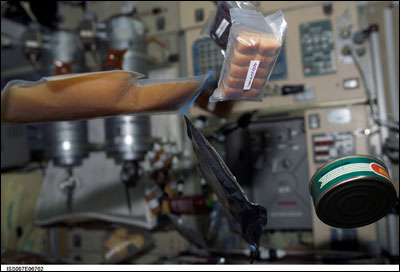 As an undergraduate, I learned to balance rations for dairy cows, and in graduate school I learned about human nutrition. This experience became important as NASA increased their emphasis on nutrition in space beginning with the Skylab missions. In graduate school I took nine hours of nuclear engineering. This was useful in developing irradiated foods for NASA.

How did you get the job at NASA?
Serendipity. A few months before I was scheduled to graduate, I sent resumes to prospective employers. I got interviews with dairy manufacturers in Dallas and Chicago. One resume went to the University of Nebraska. A professor there, Dr. Ted Hartung, knew NASA was looking for a food scientist and faxed my resume to them. Out of the blue I received a phone call from a NASA contractor inviting me to an interview. I was in Houston interviewing when Apollo 11 landed on the moon. I watched the landing in a motel at the Houston airport.

They offered me the job. While I had an offer with a higher salary at the Dallas dairy company, I didn’t hesitate to take the more exciting job at NASA. I had one problem; my thesis was not completed, and they wanted me to be there within 30 days. Dr. Bob Marshall, my MU adviser, said we could finish it by mail, and we did. I ended up writing most of it while on Apollo 12 recovery ship, the USS Hornet.

What was your most challenging project at NASA?
The most difficult challenge was to make palatable food that the astronauts would eat while complying with the rigorous spacecraft requirements. 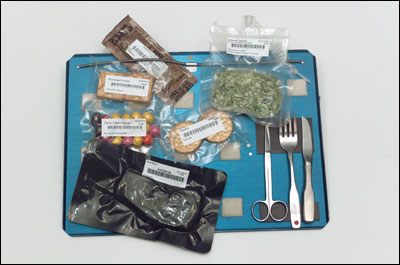 The astronauts choose their menu items. NASA maintains a list of flight-qualified foods, and if a food is not chosen very frequently, it is removed from the list. The astronauts like foods that require little preparation and are easy to eat in zero gravity.

What is your favorite recipe in the book?
I like Paula Hall’s Hill Country Potato Salad. I also like the NASA Chicken Pineapple Salad and the NASA Chocolate Pudding Cake.

What prompted you to write the book?
I have always wanted to write a book about the history of space food. Many of the pioneers have died, and the true history may never be known.

Will any unexpected facts emerge from the book?
The complexity of the NASA recipes may surprise some people. I reduced the complexity of some recipes in the book so that the ingredients may be more easily found, and I left out some of the highly complex recipes where specialized equipment is needed.