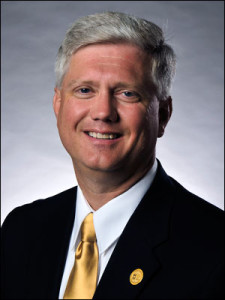 At the University level, he was named the Provost’s Outstanding Junior Faculty Teacher and is a recipient of the Kemper Fellowship for Excellence in Teaching.

His research has investigated the influence of learning styles on academic achievement, and the factors contributing to the retention and graduation rates of students in higher education. Garton received a number of national awards for his research, including recognition as the Journal of Agricultural Education’s author of the year on six occasions.

The North American Colleges and Teachers of Agriculture Journal has noted his research on two occasions. He has secured extramural grants of over $1.3 million, with more than half as the principal investigator.

Garton served as the chair of MU’s agricultural education department from 2002 to 2007 and during this time the department was recognized as one of the highest ranking departments within the University in undergraduate retention and graduation rates. Garton has also served the College and University on several committees and is known across campus for his expertise with curriculum issues.

Garton received his bachelor’s and master’s degrees from the University of Missouri and his doctorate from The Ohio State University. 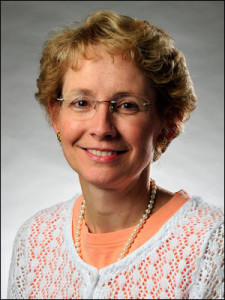 She is principal investigator or co-PI on more than $1 million in grants, and is involved with curriculum development for biotechnology and genomics courses. She is a member of the faculty advisory committee for the Department of Energy Joint Genome Institute’s Undergraduate Research in Microbial Genome Annotation Program.

Freyermuth was nominated in 2008 for an MU Excellence in Advising Award. In 2007, she received the CAFNR Outstanding Senior Teacher Award.