Dried tomatoes seldom find their way to the plate of the average American male. Perhaps they should.

A study by biochemistry researchers at the University of Missouri have found that this type of tomato has properties that help fight prostate cancer. They published their results in the June issue of Cancer Research. 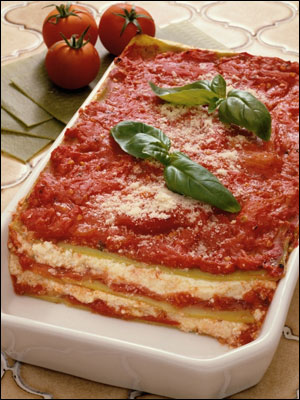 Specifically, an organic carbohydrate known as FruHis, produced when tomatoes are dehydrated, looks like a medical secret ingredient.

The research has only looked at animals so far, said study author Valeri Mossine, assistant professor of biochemistry in the College of Agriculture, Food and Natural Resources.

“This study was conducted in a rat model, and you cannot draw conclusions for people,” she said. “That’s what we need to do next. But before you enter a study with humans, you have to prove that something works with animals. If it works, then you go on.”

Prostate cancer occurs when the cells of the prostate begin to grow uncontrollably. More than 186,000 men in the U.S. will be diagnosed with prostate cancer this year, according to the Prostate Cancer Foundation. Prostate cancer develops most frequently in men over 50. It is the most common type of cancer in men in America, where it is responsible for more male deaths than any other cancer, except lung cancer.

The potential role that tomatoes play in cancer prevention has been hotly discussed in the research community for years. Several studies have pointed to a prostate cancer-fighting quality in tomatoes, but the exact chemistry has been elusive and frustrating. A link between tomatoes and cancer prevention has been suspected for years as countries with a high consumption of tomato products have much lower incidences of certain cancers.

Earlier studies indicated that lycopene, used as a food ingredient, could reduce the risk of prostate tumors or ovarian, stomach or pancreatic malignancies. In November 2005, the U.S. Food and Drug Administration issued a statement that these claims could not be substantiated.

But other experts, including the authors of the current study, thought that some other compound in tomatoes might interact with lycopene to produce the protective effect.

The missing concept, the study points out, might be in the processing of edible plants by old-school cooking methods of drying, heating, grinding and mixing. This may not only have an effect on the nutritional value of the product, but its chemical nature, largely in changes in organic carbohydrates.

This could help explain well-known geographical differences in the incidence of the disease where ancient tomato recipes are still being used.

“Before this study, researchers attributed the protective effect of tomatoes to ascorbic acid, carotenoids or phenolic compounds. FruHis may represent a novel type of potential dietary antioxidant,” Mossine said. “Our ongoing research now focuses on unraveling the mechanisms behind why this has a beneficial effect. This knowledge may lead to other avenues of research and drug development for prostate and other cancers. Results of this study certainly warrant clinical trials.”

“Our study shows that one of these carbohydrates that we were suspecting interacts with lycopene, at least in that model that we were using,” Mossine said.

The next step will be translational research and development of a possible pharmaceutical product or therapy. Until then, anyone for sun-dried tomato pesto for lunch?